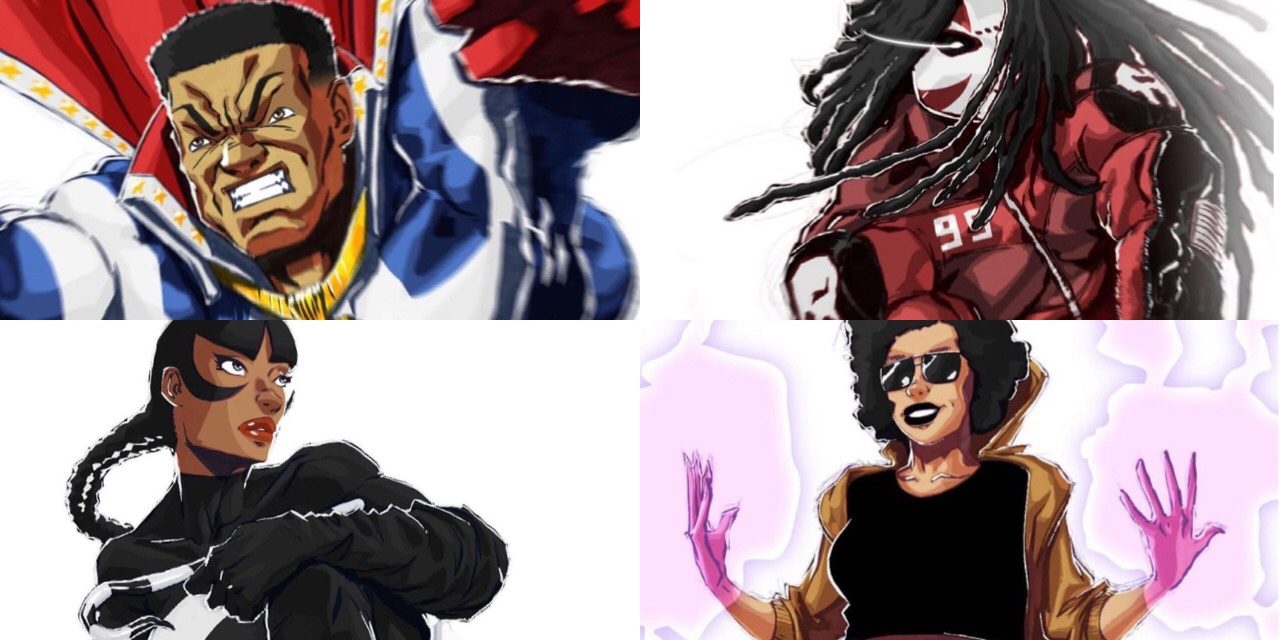 Aaron, thank you so much for agreeing to an interview! Tell everyone about who you are and your background?

Thank you Brett, and everyone at Indie Comix Dispatch for this opportunity. My name is Aaron Beatty. I’m an Illustrator and Comic Book Artist. I`m known primarily as an Inker who has worked on quite a few small press and Independent projects. Most notably with Reggie Byers and Paris Cullins. I’ve also done work with Robert Campanella as a background Inker.

I`ve had my hands in more than my share of creative and business ventures in the Comic Book industry that were less than successful.In fact, they were total flops, but I’ve learned a lot. The one thing I`ve learned along the way as an artist and creative person is that:  “ An artist’s life is not a sprint. It’s a marathon “.

I’ve been drawing since I was a kid. My first grade teacher asked me to draw a house. I was shy and hesitant, but I drew the house. I finished it, and thought to myself “ This is ain’t bad.”

My Father was probably my biggest influence and toughest critic. He was an artist and a voracious reader. He was also a cop and firefighter. He was a real superhero. He bought me and my brother our first comic books.I think in part as a way to encourage us to read but also to shut us up and occupy our time.

I started copying drawings in comic books.I don’t when I started but that was my springboard to exploring art. My earliest influences were guys like Jim Starlin, Gil Kane, Joe Kubert and Jack Kirby. I really wanted to be like Starlin because that dude practically did it all! Think about the work he did on Warlock? He wrote, pencilled and inked all that stuff. As a kid I was awestruck. I showed my dad drawings when I was young,and he would trash them. But he always encouraged me to keep finding my way,and my own style.

My Mother was there too. She bought me art supplies and books like “How to Draw Comics the Marvel Way”.

By the time I got to Highschool I was really digging Frank Miller, and Walt Simonson. It was during that period in life when it occurred to me that being an artist, particularly a comic book artist was something I wanted to do.

Tell us about some of your illustration work.

I’ve done a mixed bag of work including some editorial art, art education and concept art. I`m still doing a lot of my work the old-fashioned way, however, I’m leaning into doing more work digitally. The best way I would describe my style as a comic book artist is balance of representational and stylized art elements. I`m also a Chef. Working as a Chef has been a great way to flex creative muscles that are similar to but at the same time different from working as a visual artist.

Now that we know you, tell us about Heruary! Where did the idea come from?

The idea came from doing drawings based on Jake Parker`s Inktober prompt lists. I’ve worked with some of the Inktober prompts over the last few years. I thought they were fun, and the cues were generic but also challenging.The prompts reminded me of drawing exercises some of my college professors gave me to do. I’ve also seen other artists stay in the spirit of Inktober by creating seperate prompt lists in the month of October.

I know that`s a very, very niche way to honor black folks during a time where the broad spectrum of Black people and Black people’s history worldwide is celebrated and commemorated, but Heruary (HERU/ Egyptian God representing power and perfection + FebUARY) is simply my way of giving Black comic book creators (and by extension Black people)  their due.

How do you pick the characters that will appear on the prompt list?

I started with characters that I was a fan of, and that I thought most people reading Black Indie comics would find familiar. Some of these books are created by people who are friends or associates. I also used resources like World of Black Superheroes.com, bshmuseum.com and The Glyph Awards to round out the prompt lists.

I decided to expand the range  for the 2021 prompt list by making a call for submissions by creators and fans.  I thought this would be a cool way to see who is paying attention to Heruary.

Who have you been most surprised and/or honored to have participated in the prompt list?

Honestly, any and everyone that has participated in creating art for any of the Heruary prompt list.

I’ve always believed that one image, or one series of images can have a major impact on anyone seeing them. Seeing artists like John ( The Hole, Abrams/ Megasope curator ) Jennings, Phil Will, and Ron Gaskins show Heruary some love in 2020 was a great way to get things started.

The cat who really did some other stuff was William ( Karmic Agenda ) Anderson. Bill not only killed it with his Heruary 2020 work and  shredded Heruary 2021. He`s reworked some of his Heruary2020 art. I’m humbled and amazed at the same time.

The prompt list, for me personally, has allowed me to discover new creators and add new books to my collection. What has been the overall response to Heruary?

So far, the response has been positive. I will continue to do my best to grow Heruary as a platform for fans to discover new books and new creative projects. As Heruary continues to move forward it is my hope that creatives looking for collaborators will use Heruary as a resource

Who are some creators that people should be following and supporting right now?

Check out The Official Heruary page on Instagram. There’s something by some very talented creators that would suit a variety of tastes, and interests. I’m looking forward to getting my copies of The Antagonists by Godhood Comics. I`m very excited to say that Reggie Byers and I are working on the relaunch of Crescent. I’m inking a webcomic called “The Conquering Lion” for Carles Juzang`s Abyssinia Media. My daughter Damali Beatty is coming up. She’s been coloring YA graphic novels  and she has a graphic novel project in the works that will be epic.

Aaron, how can people find and support you and your projects?

Follow me on the Gram. People can check out either @ibaaronbeatty_artist or @theofficialheruary to see what I’m up to. Websites for myself and Heruary will be coming soon. I also have a Heruary Youtube channel, and vlog in the works. 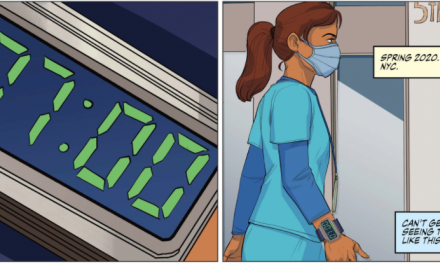 Broadcasts From The Dispatch: Exploring The Indie Comic Multiverse
A podcast dedicated to the indie comic community! ICD hosts a new panel of indie comic creators every week for a new topic. From running a Kickstarter to specific comic book genres to one on one interviews, The Dispatch explores the entire indie comic multiverse! Support this podcast: <a href="https://anchor.fm/indiecomixdispatch/support" rel="payment">https://anchor.fm/indiecomixdispatch/support</a>
Listen On Apple Podcasts Listen On Google Podcasts Listen On Spotify
S2:E9 – Future Sci-Fi Tales: Spatial Void
by Indie Comix Dispatch

Drew from SnowyWorks boards The Dispatch with his merry gang of anthology creators! We’re talking about the latest Future Sci-Fi Tales with the creators!