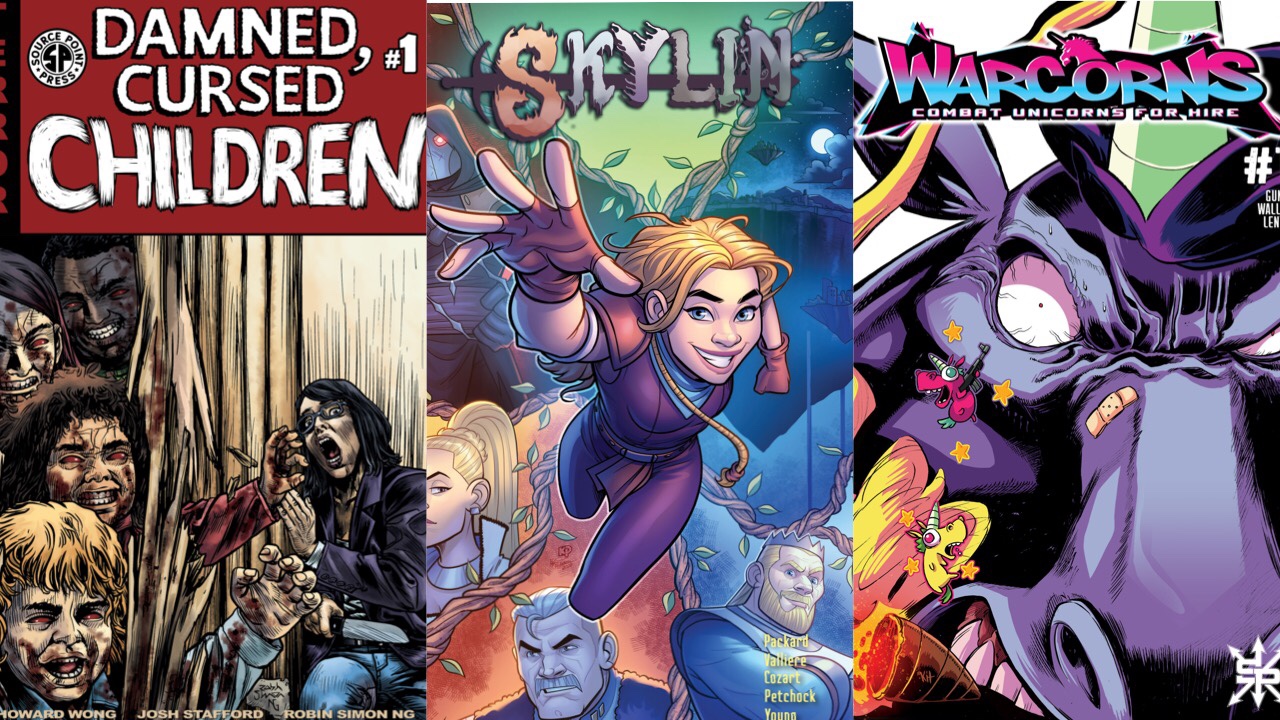 Indie Comix Dispatch is excited to be partnering with GlobalComix, a free digital reading and distribution platform that helps creators and publishers share and sell their comics, license them globally, and understand their readers on a deeper level.

As part of this partnership, ICD will be bringing you special features on indie creators, publishers, and more, who also happen to be on the GlobalComix app! Another bonus of this new partnership is allowing our readers to score a free week on GlobalComix!

Using the code and link below, the first 10 readers will get a week of unlimited reading access to all content on GlobalComix. This code is only valid until July 5th at 11:59PM EDT. So, after you read about the featured titles below, you can head on over to GlobalComix and read them right away!

Amazing stories can come from anywhere. They aren’t confined to the writer’s rooms of Hollywood, the publishing houses of New York or the stages of London. Narrative art can thrive wherever the craft and the vision to create them can flourish.

This reality is even more true in comics, where writers, artists, and editors can collaborate from anywhere in the world to bring you stories from every walk of life.

Source Point Press is a prime example of unique and expansive storytelling. The publisher started in the heart of Michigan but their catalog of horror, science fiction and true crime has grown a worldwide audience of adults and children over the years. Their creators span the spectrum from industry superstars to emerging talent. There is a wealth of amazing stories made by Source Point Press, and they can now be found on GlobalComix.

Source Point Press publishes books, comic books, and graphic novels. Working with both industry legends and new talents on the rise, we strive to bring you the best storytelling in horror, sci-fi, pulp, true crime, the occult, and supernatural.

SPP was founded by Josh Werner in Detroit before settling in Saginaw, MI. Thanks to the talent and hard work of Michigan creators, Source Point has expanded from the beating heart of midwestern America throughout the world.

Three of their many titles that we’re featuring t his week are:

So keep scrolling and learn more!

In the sudden aftermath of a series of horrifying attacks, a group of strangers are forced together in a city gone mad. How many will overcome every human instinct, and do the unimaginable to survive in a world with Damned, Cursed Children?!

The collected trade paperback of the four-Issue #mini-series chronicling Skylin’s epic journey. Enter a world full of magic, monsters, and mystery, as Skylin goes from a handmaiden to an unlikely hero.

From the Franklin and Ghost universe comes the most fabulously elite military force in the galaxy. After having successfully evaded two complete dispatches of Retrieval Bots from Defilion, Franklin and Ghost are sent by their female accomplice, Delilah, to retrieve a rare weapon that is instrumental to the destruction of Defilion. Warcorns Special forces Group Alpha is dispatched, at the behest…