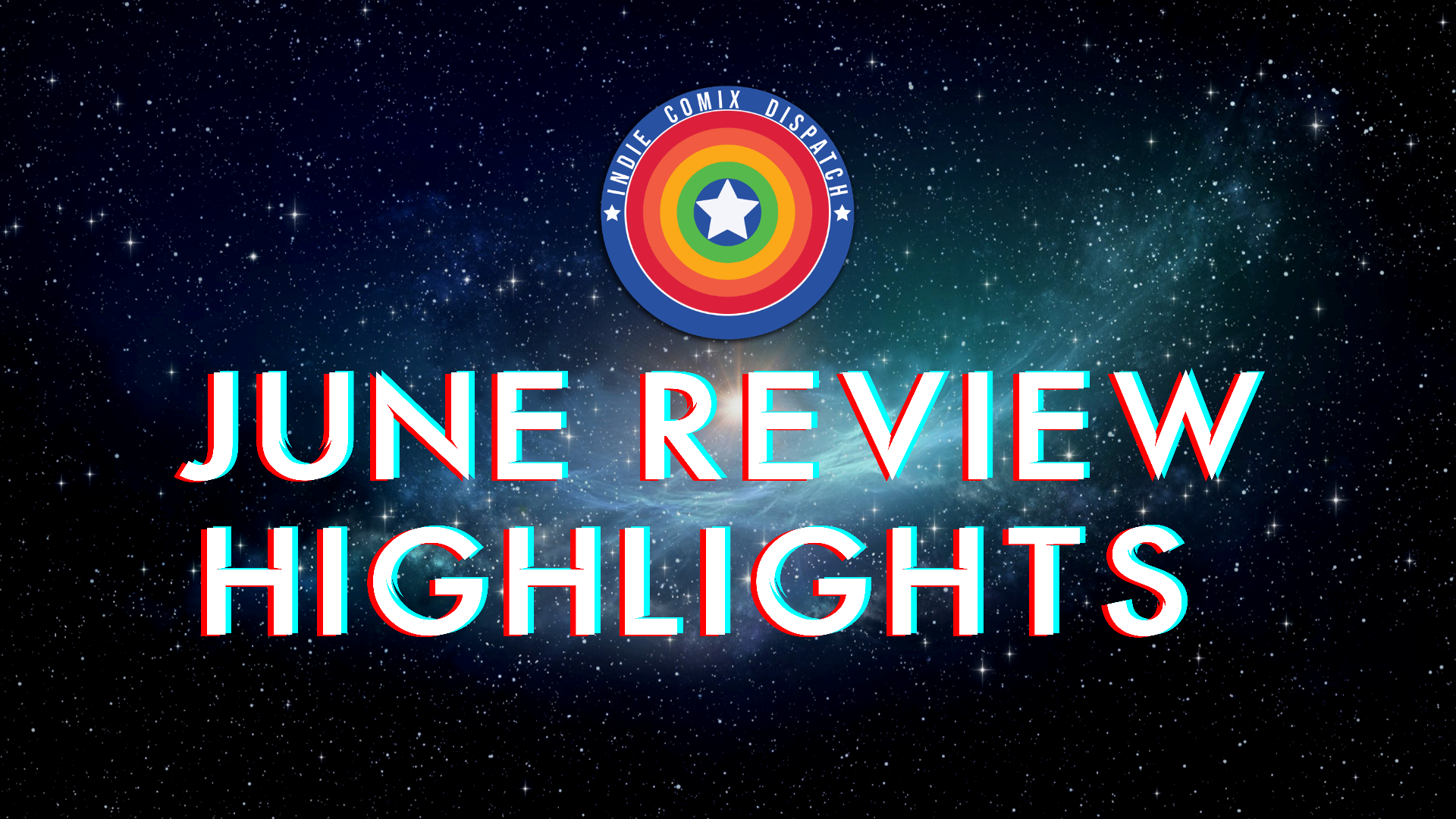 As ICD has grown, we’ve made the decision to review any independent or creator-owned book, even those that may have way more resources at the disposal of the creators. This disparity of resources can certainly lead to a book from a large independent publisher rating higher than a small press publisher (though I like to think we’ve baked some equalizers into the review method). Since we want to keep a focus on small press publishers, I decided rather than reporting the top 10 reviews each month, we’d highlight the top reviews from small press publishers instead! Sometimes this list will be 10 comics deep, but other times it’ll be lighter depending on how many small press books we’ve been able to review that month. So, with that understanding, let’s jump in!

Jack is an American soldier fighting in the Vietnam War when he is captured by the Viet Cong army. While he is their prisoner, aliens perform experiments on him. The results leave Jack unable to die. Eleven years later, Jack is freed and returns to the United States. His parents are dead. His wife moved on. The life Jack had is gone. After trying to intervene on a mugging goes horribly wrong Jack devotes himself to a life of fighting crime as Dead End.

Awakening in the war ravaged era of Post Cataclysm Year: 693, an enigmatic and powerful young man known only as Rade finds himself lying face to face with a woman that has been brutally murdered. With no recollection of his past or even his own name, Rade must quickly come to terms with the mysterious circumstances surrounding his memory loss and the peculiar woman’s demise, as he is immediately thrust into a series of violent confrontations that will put his extraordinary abilities to the test. As the saga of R: IL PERSONA begins to unfold, what will Rade find lurking beneath the mask of amnesia that conceals his true self: An innocent person, unwillingly thrown into a maelstrom of madness?

This series follows young Harmony as she navigates her way through the drastically changing world. A zombie pandemic has begun. Her mother is now one of the undead and, unlike the others, continues to follow her around. Always on the move. She is tired, hungry, and looking for a new home. Will she find help or come across even more dire circumstances?

Man Goat & the Bunnyman #1 is the tale of two cryptids, Phil and Floyd. Phil is the Devil’s spawn. He’s a humanoid with goat-like features. Floyd is half man and half rabbit that desperately wants the love of a good woman. On top of the whole interspecies dating thing Floyd has a problem: from time to time he blacks out and goes into a psychotic rage. That’s great in a fight with mutants, not so much when trying to woo the fairer sex. Periodically our heroes help local law enforcement with things like hillbilly mutants and other paranormal things. It’s a win for both sides. Law enforcement gets the help they need and the cryptids are assisted with keeping a low profile, which is helpful because a hunter named Cooper wants their heads on his wall.

Rapunzel, Snow White, and Prince Charming have found a huntsman. He tells them that in addition to the zombies, there are werewolves hunting them.

Chayoma is a medieval epic fantasy series, filled with magic, awesome action, majestic scenes and jaw dropping storytelling. It tells a story of a girl born with special abilities but was coerced into evil by the political deceptions of her own people’s ruling class. She must go through several events to understand the gravity of her purpose while a very dangerous plan is about to befall all of the Kitara kingdoms of east Africa.

One hundred years after the Tulsa Race Massacre, Across the Tracks is a celebration and memorial of Greenwood, Oklahoma In Across the Tracks: Remembering Greenwood, Black Wall Street, and the Tulsa Race Massacre, author Alverne Ball and illustrator Stacey Robinson have crafted a love letter to Greenwood, Oklahoma. Also known as Black Wall Street, Greenwood was a community whose importance is often overshadowed by the atrocious massacre that took place there in 1921.