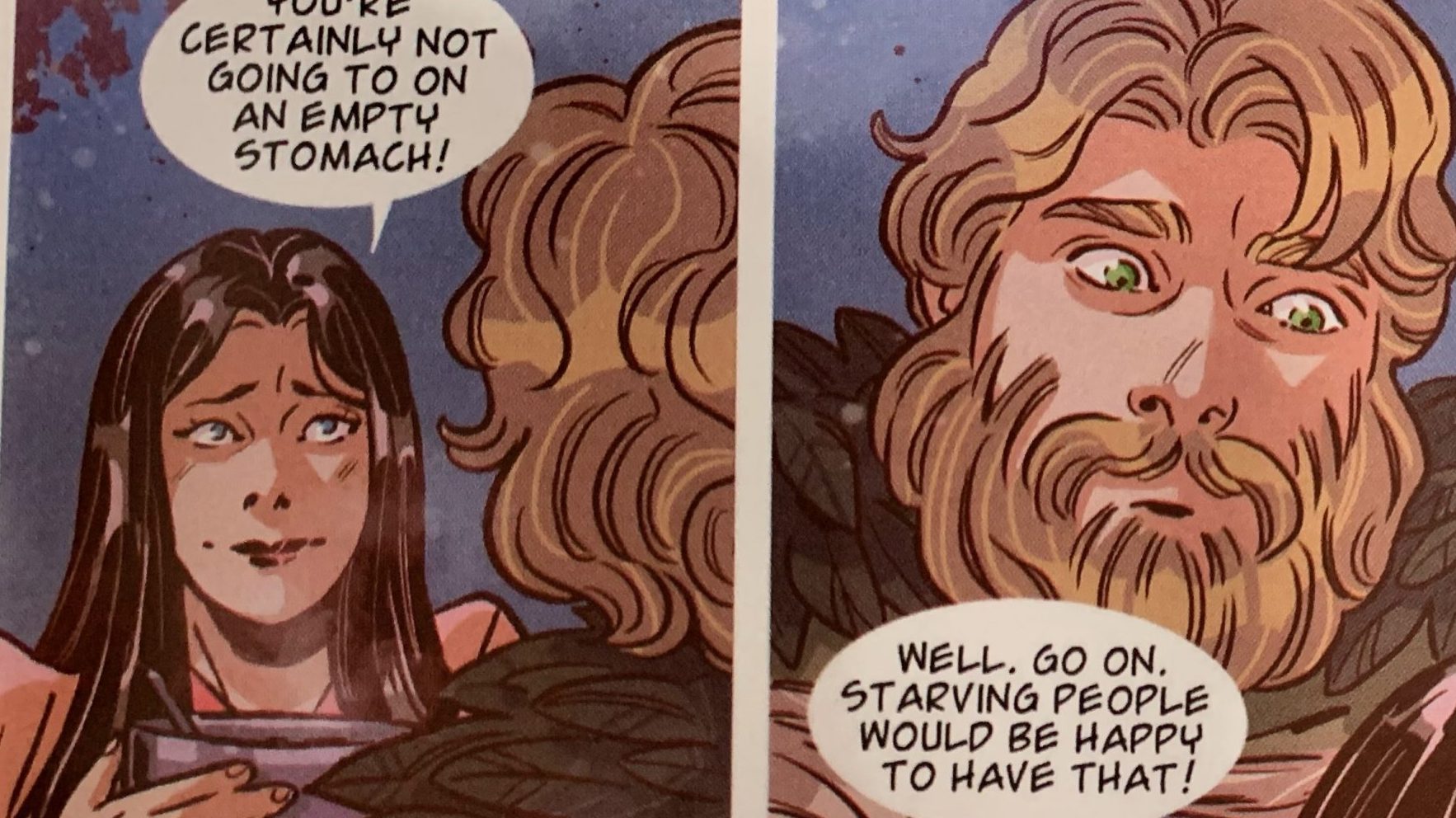 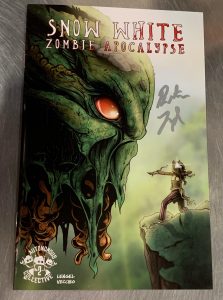 Book Description: Rapunzel, Snow White, and Prince Charming have found a huntsman. He tells them that in addition to the zombies, there are werewolves hunting them. 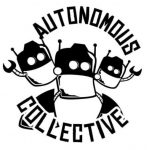 The intensity stays at a high level as we see zombie-like creatures devouring any humans that have the misfortune of crossing their path. By the end of the issue we learn that these creatures are actually werewolves.

I liked the pace of this issue. When the action slows down enough for people to talk we get a lot of critical information, as well as some comedy at the expense of Prince Charming.

Some of the critical information is about how the zombie apocalypse began. While we’re not given the specifics on who patient zero was, we have a lot more to go on than we did at the beginning of the issue.

The development of Rapunzel’s character has been a pleasant surprise. She is rapidly becoming the star of the show. I’m okay with that. She’s smart, good in a fight, and determined. Those are great qualities in a leading lady.

The artwork on the interior pages meshed well with the story. I would have liked to see more detail in some of the characters, especially the green giant.

The cover is an elevator pitch on a story when the creative team isn’t there to speak on the book’s behalf. This cover does its job superbly. It’s what piqued my curiosity about Snow White: Zombie Apocalypse in the first place.

At the end of the day this series continues to be a fun read that’s easy to fall into. I would recommend checking it out if the opportunity presents itself.