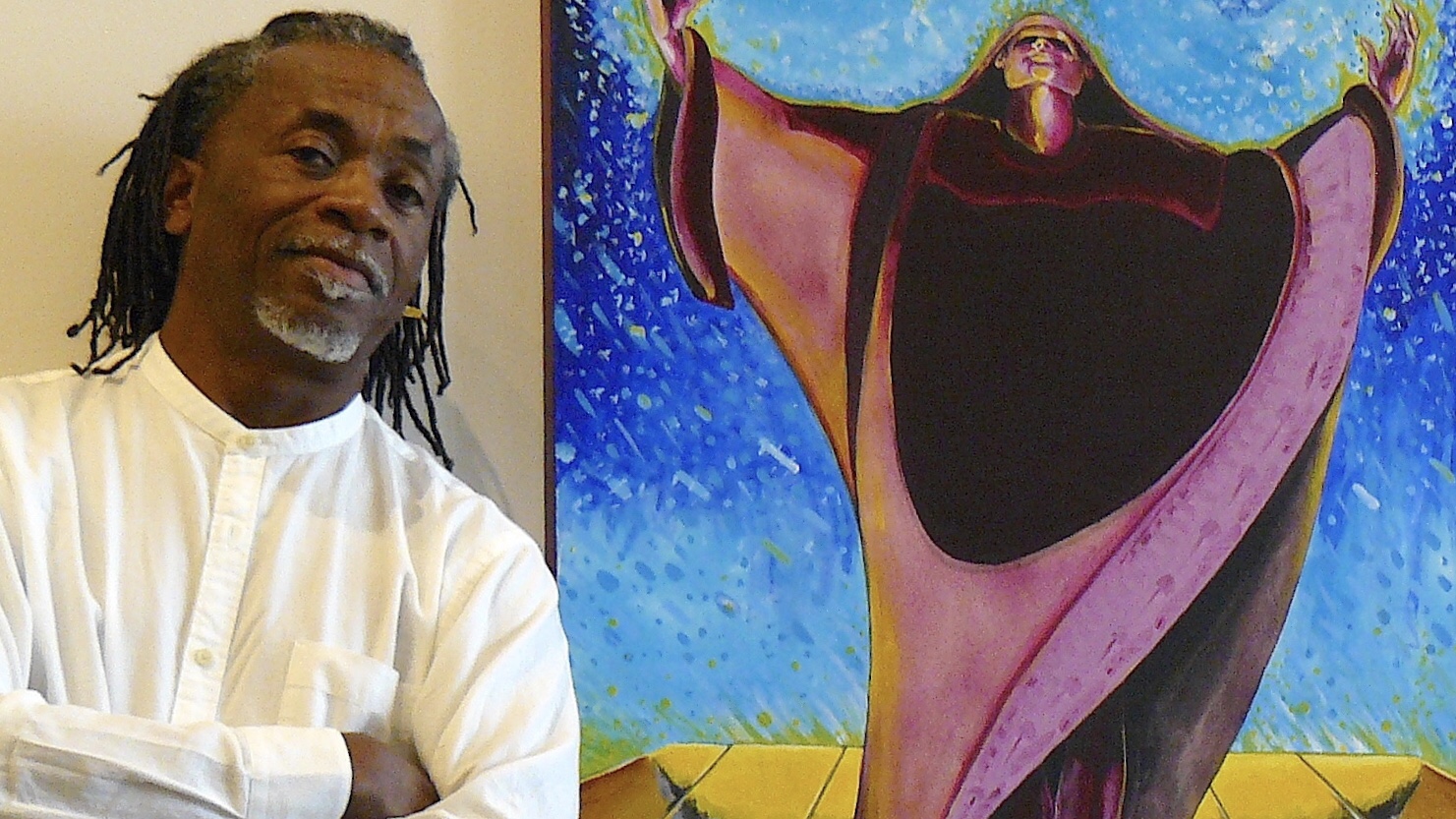 When I first began collecting Black indie comics, it wasn’t long at all until I discovered names like Reggie Byer, Dawud Anyabwile, and Turtel Onli. As I launched ICD, these pioneers in indie comics continued to be at the forefront of my mind as I tried to build the clout to interview and feature them through the site. It was with great surprise that one day when I logged into my email, there sat a message from none other than Turtel Onli! I immediately responded and asked if we could feature him in an interview and potentially have him on Broadcasts From The Dispatch when we launch Season 2 (coming in August).

If you’re not aware of who Turtel Onli is, he coined the term “The Black Age of Comics”. From Wikipedia:

Over Onli’s career, his work has touched upon a variety of disciplines in fine and applied visual art, producing works in painting, drawing, illustration, publishing, fashion, and multimedia production. Onli has authored and illustrated numerous comic books and graphic novels, including NOG, Protector of the Pyramids, Malcolm 10, Nog Nu and Grammar Patrol. He is known as “the Father” of the “Black Age of Comics,” a movement dedicated to the promotion, creation, and support of Afrocentric comic books and graphic novels. Onli coined the term “Rhythmism” to define and interpret his stylizations, which fuse primitive and futuristic concepts. A public school art teacher, now retired, Onli worked in the Chicago Public Schools for more than two decades.

But, I’ll stop geeking out now and jump into the interview!

Turtel, thank you so much for agreeing to an interview! I’m a huge fan, and this is a real honor! Before we go further, let’s define “rhythmistic”. What is it and why do you describe your books as Rhythmistic Graphic Novels?

I came up with the term “Rhythmism” in the early 1970s to address the future-primitif aspects of my artwork be it fine art, illustration or per my Graphic Novels work.  It is based more on flow. I feel imagination is the by-product of a future-primitif genetic memory-based stream.  This is why some of us do things outside of our experience set. I know I do.  Plus I wanted to expand the idea of “Black Art” to be more like music.  Forms. Formulas. Equals genres.  With potential beyond a set personal style.

I have spent decades experimenting with it in my works, client-based work teaching, and at one point as a clinical Art Therapist.

I always wanted to do my own work, ideas, styles, and stories. To be me. I felt a greater value in being experimental or unique instead of derivative.  As a small child, I would try to and sometimes create my stuff. I felt copying was cheating. So uncool.  However, I would do it for a fee.  Like candy.  Or comic books. Later for money when going after freelance work.

I was raised by my late grandfather, The Rev. Samuel David Philips. He drew his own large charts to use with his sermons.  He illustrated the Bible to be more functional to his conjugation. I learned a lot watching that and how the Church absorbed them and admired him for it.  So I was hooked.  Just not to illustrate the Bible. But to narrative art using my style. He used his own style.  Very Pentecostal.

Black comics seem to be having another renaissance, and rightfully so, but this isn’t the first time this has happened. Tell us about the Black Age of Comics movement from 1991 and any comment you may have on how it is still helping to fuel the current movement?

Tell us about your creations and books!

Hmm?  They are unique. Awesome.  Some with powers. Male. Female. In between. Horror. Sci=Fi. ALl with a lot of Rhythmism thrown in.

Malcolm-10 is a clone created to tackle Balck On Black issues and problems. SO he is real busy,

NOG: THe Nubian of Greatness. The Protector of the Pyramides is defending Planet NUBA. A Black Planet. I use the French spelling as an homage to my experiences working in Paris in the late 1970s.

Sasa is a zombie-killing, troubled soul. She loves to make art too.

The Root Lady is the mentor to our female characters while Imhotep is the same for our male characters.  All are in limited edition press runs.

Now that I have fully retired from teaching Art in the dynamic Chicago Public School system, ONLI STUDIOS is in mega-production mode.

Future Funk is a ‘zine to cover the Black Age and more.

Going Green In Da CIty is about going green in the urban setting.

None are derivative of mainstream concepts. Unique and sometimes required the acquired taste.  But all interesting and well done in terms of production values. They are Rhythmistic!

Why do you think that Nog, in particular, has had such a long-lasting cultural impact?

Because NOG is so far ahead of folks’ expectations and imaginations. Created in 1978. An all-powerful Nubian Rhythmism character decades before multi-culturalism and the trending of Afrofuturism.  Folks are still catching up.  Waking up to these ideas…  Not a Greco-Roman-Norse-based hero story.  Bold. Well done. WIth amazing growth potential.

Your work is currently part of an exhibit in Chicago! Tell us about the exhibit.

It is a group show called Chicago Comics 1960 Until Now. It covers a wide range of concepts and folks.  They even took themselves to task to reach out to Black concepts and creators. Women are well represented as are LatinX expressions.  Edge and Risk were included.

Since we have an international audience at ICD, can any of the exhibit be viewed online?

To grow the indie aspects of our industry to be more like Music or Cuisine. More of a nexus of creativity, content, culture, and commerce.

What is one piece of advice you’d give to the next generation of indie creators?

Spend as much time with Law, Business, and Finance as with Drawing, Writing, and production modes. Be competitive.

Who are some other creators that people should be following and supporting right now?

Turtel, how can people find and support you and your projects?

Visit our website at www.onlistudios.com.  Feel free to collect, buy and share our products.  We can only improve in expanding this industry with your support and participation. Understand we are morphing, growing, and still getting our groove on!  Our future is now in real-time.  Print matters style!

Preview TPub’s new comic ‘Theatrics Volume 2’ only on GlobalComix
Your First Look at THE MANY DEATHS OF LAILA STARR #4 from BOOM! Studios
Sponsor