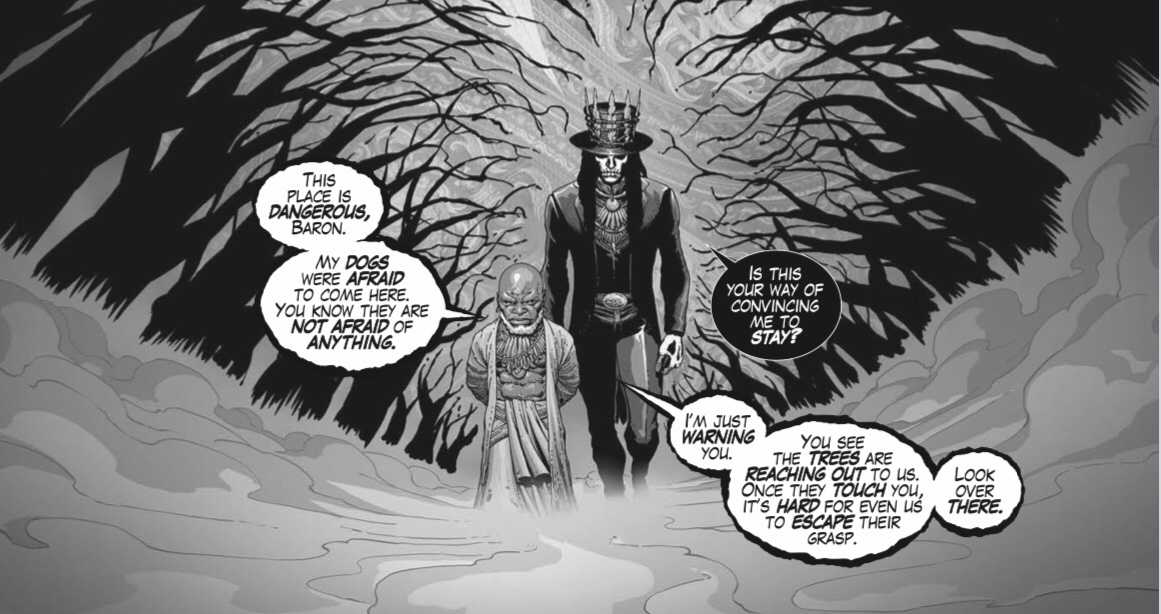 A note from the editor:

Crescent City Monsters (CCM) has the distinction of being the Indie Comix Dispatch’s first team review. This is an approach we’ll be using for some bigger, more popular books. The main review for CCM is headed by First T. Manning, and I’ve added my thoughts to the end also. We hope you enjoy it!

How many times has a loved one or your mother prayed these kinds of prayers over you? These are the words of a Haitian Creole prayer of protection. I believe these were the prayers that Jonas Alexandre Atelus’ mother prayed. Knowing his ability and what he can do with the Creole Magic that he possesses.

Born into a family of Sorcerers that has a blend of African, Native American, and European magic, Jonas needs all the prayers of protection to come to his aid. Imagine the changes one can make to the world; but, with a power so strong it comes with a price. Your soul.

Jonas, a musical genius with a group called  “The Mardi Gras Chiefs“,  learns how valuable his soul is when he is captured by “ Queenie” the leader of the Grunches, (worm-eating disfigured humans) to save their species and overtake Crescent City. A reward would be given for his soul once he was captured and taken to another realm. With Jonas’s soul, Queenie could put the Grunches in a place of power, which is later shown by the Grunch named Kingsley who is now all-powerful and in charge of Crescent City.

Kingsley has now taken over New Orleans with his powers and turned people into a monster like figures to the naked eye. Kingsley, not aware of the transformation of Jonas that was taking place.  Jonas is going to be reborn again and have a second chance, but this second chance also comes with a price. Jonas was trapped in a hell for decades, and when he rises again, he is no longer fully Jonas, he now inhabits the body of Malcolm, a walking Zombie that has to be stopped and cannot have a place on this earth.

Crescent City Monsters is so breathtaking with the lettering and the artwork that cannot be compared to. When reading the comic Newton Lilavois (The Creator) and Gian Carlo Bernal (The Artist) have a way of making the comic book come to life. One cannot help but get captured in the story and feel the way each character feels. After reading all 3 books I am wanting more and more of Crescent City Monsters. The story deals with a lot of real-world issues, like racism and police brutality, and gives us an idea of what it would be like if we had powers and could change that situation to work in our favor. One of the greatest reads of 2020, Crescent City Monsters.

Crescent City Monsters (CCM) by writer Newton Lilavois and artist Gian Carlo Bernal recently won four Glyph Comic Awards, winning for Fan Favorite, Best Writer, Best Artist, and Best Cover. That alone should be enough for you to go grab this series immediately! But, if you need more, here’s the teaser from Dream Fury Comics – “A sorcerer wakes up from death to find his powers & family taken away from him. He must find out why as he tries to regain his life.”

There’s a reason that Lilavois’ most recent Kickstarter campaign raised over $30,000 from nearly 900 backers, CCM is a masterpiece of both art and storytelling. If you haven’t been reading, you’ve been missing out!

I am a comic collector and reviewer. I have a love for vintage old comics, grails, and keys. Always a Student willing to learn.