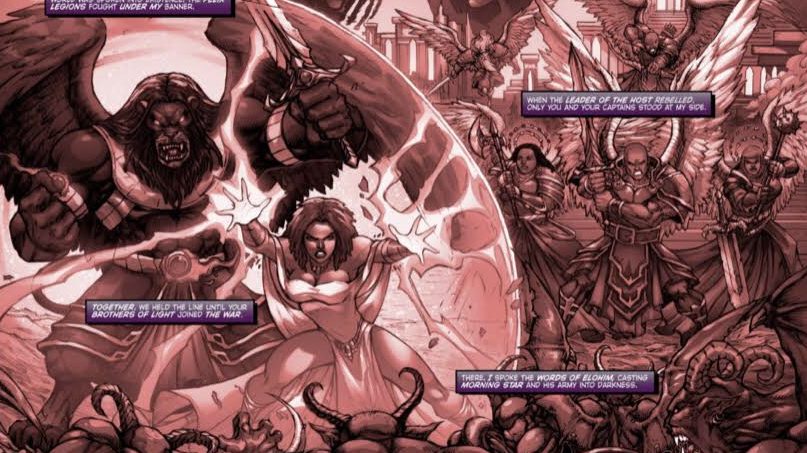 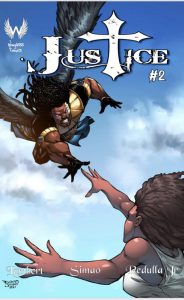 Book Description: The Lion of Elohim is starting to realize that the battles he is fighting are really the harbingers of a war that is coming. Along the way we get to see some unexpected old friends. 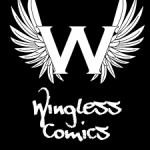 As I delve further into the series “Justice” reminds me of R.A. Salvatore’s works “Exile” and “Sojourn” in places. Like Drizzt, Justice has left his own kind to do what he feels is right. He also finds himself dealing with individuals he never thought he’d see or hear from again, just like Drizzt.

We even get a postmodern Roddy McGristle in the form of Officer Dunborough. With this character Mr. Lambert has displayed a rare talent. before seeing Dunborough I had never unequivocally despised a comic book character  that had such little time being the focal point of a story. I truly hope that we get to see sincere contrition for his actions or he gets eaten by a hellhound. I’m good with either outcome.

The one character that doesn’t seem to fit the mold is Volante. Thus far I can’t quite tell which “side” she is on. It’s fitting that her name means steering wheel. My gut tells me that before it’s all said and done she either steers Justice away from great peril or straight into its open arms. Maybe both.

I liked that we get to see a potential love interest for Justice. Billy seems to have a good head on her shoulders. I wouldn’t be disappointed to see her playing the role of Gwen Stacy to Justice’s Peter.

I can’t get enough of Fabio Simao’s artwork in this book. His attention to detail is akin to the works of Jim Lee and Herb Trimpe. When coupled with the sepia tone that Nestor Redulla used to color the flashback page is truly awe inspiring.

There are a couple of times when the transition between scenes is abrupt. It’s not severe to the point that it creates a distraction though. I really appreciated that almost every time we switched scenes there was an editor’s note telling us where the setting had changed to.

“Justice” #2 will officially launch on Kickstarter May 18, 2021. If you are not familiar with the “Justice” franchise there will be a tier that has all things Justice included so you can start at the beginning.

As a geek on a budget and avid consumer of comics I can tell you that when it comes to “Justice”, you get your money’s worth. The story is worth the price of admission. Your books arrive in bomb proof packaging. Best of all, the stretch goals tend to be really impressive. Mark your calendars because in this installment from Wingless Comics Justice has “Promises to Keep”.