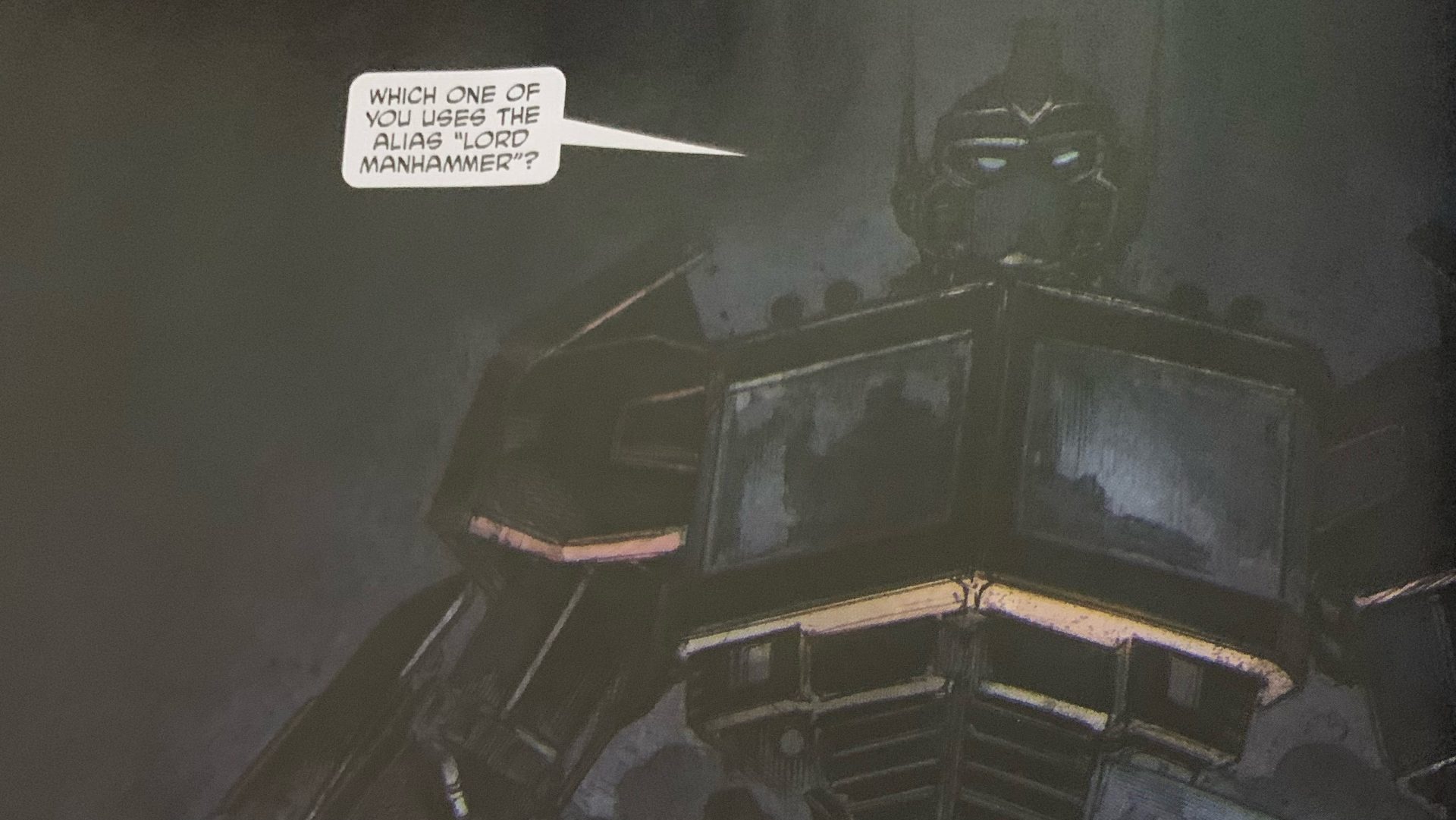 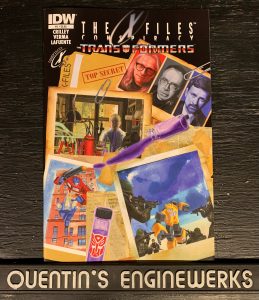 Book Description: We all know about The X-Files, with the F.B.I.’s dynamic duo of Agents Mulder and Scully. X-Files: Conspiracy is a six book story arc that features the Lone Gunmen. The Lone Gunmen are Langley, Byers, and Frohike, a trio of conspiracy theorists and computer hackers that put out a conspiracy magazine that covers everything from who shot JFK to using money to track people in airports. At the beginning of the story arc Langley received an encrypted email from someone at CERN warning of a huge outbreak of a virus. The message also included post dated news articles and photos. The message also included information about some urban legends that may provide some useful information, if they exist. Among the urban legends are a group of guys that hunt specters, some amphibian men, and some alien robots. This is the fourth installment in the series. The Lone Gunmen’s odyssey has led them to a vacant lot in the middle of nowhere to meet a source about Skylogic, the root of the enigma they’re chasing. Some vehicles drive up, only they aren’t vehicles. They are the Autobots, Optimus Prime and Bumblebee. Prime and Bumblebee are the internet sources about Skylogic. They scoured the web looking for it after it was the last understandable thing their fellow Autobot, Ratchet, said before being captured. This comes down to whether the humans will trust the Cybertronians and vice versa. What information could each possibly have that is vital to the other’s cause? You’re going to have to read the rest to find out.

As far as crossovers in comic books go, this story arc has to be the biggest one ever. You have X-Files, Ghostbusters, Teenage Mutant Ninja Turtles, Transformers, and The Crow. We’re talking about five different universes where the only connection is that their stories are written to take place in real cities (Sorry Gotham) on Earth.

Swap out X-Files and The Crow for Thundercats and G.I. Joe and this was the battle royale every kid in the late 80’s was having with their toys…. At least until they had to put aside their differences and fight Darth Vader. Those scenarios were Indie comics In its most elementary form… and at its best. It inspired greatness that culminated with creative brilliance across the nation.

Paul Crilley took five enormously popular universes and mashed them together. In some places it wasn’t the mashup I had hoped for (more Decepticons, please). Nevertheless he pulls it off with this run.

Dheeraj Verona’s work in this book is timeless, especially when we see Prime fully transformed for the first time. He was one of the Transformers artistic greats that was taken from us too soon.

The lettering deserves special attention in this issue. The dialogue balloons were great, which in this industry means “as expected”. The onomatopoeia (comic book sound effects) cause the reader to be more than shocked. The reader is forced to resort to amazed. In a mashup of titles that focused on sound effects on the screen this book was up to the challenge.

As a geek on a budget I truly enjoyed this series when it was on my pull list years ago. With today’s prices the options leave me scratching my head. I think it comes down to how much you want to own the series.

You can put your name on a list at the library and eventually they will get a copy to you. You can ffind the Hardcover book with all six issues in the run starting at around $20 shipped on eBay. It wasn’t a high volume print run so it’s a crapshoot finding these ones in the back issue boxes at the local comic book store. Realistically you’re looking at collector’s prices on eBay unless you have connections with someone that buys and flips comic book collections.

I would say that your best bet would be to get the digital copy from ComiXology. At $2.00 an issue it’s a great deal. Here’s the rub. The issue with Ghostbusters isn’t available through them at this time.I’m hoping it was just an error on the site for me and when you pursue everything is golden. Whichever option you go with I truly believe this is a must read series.