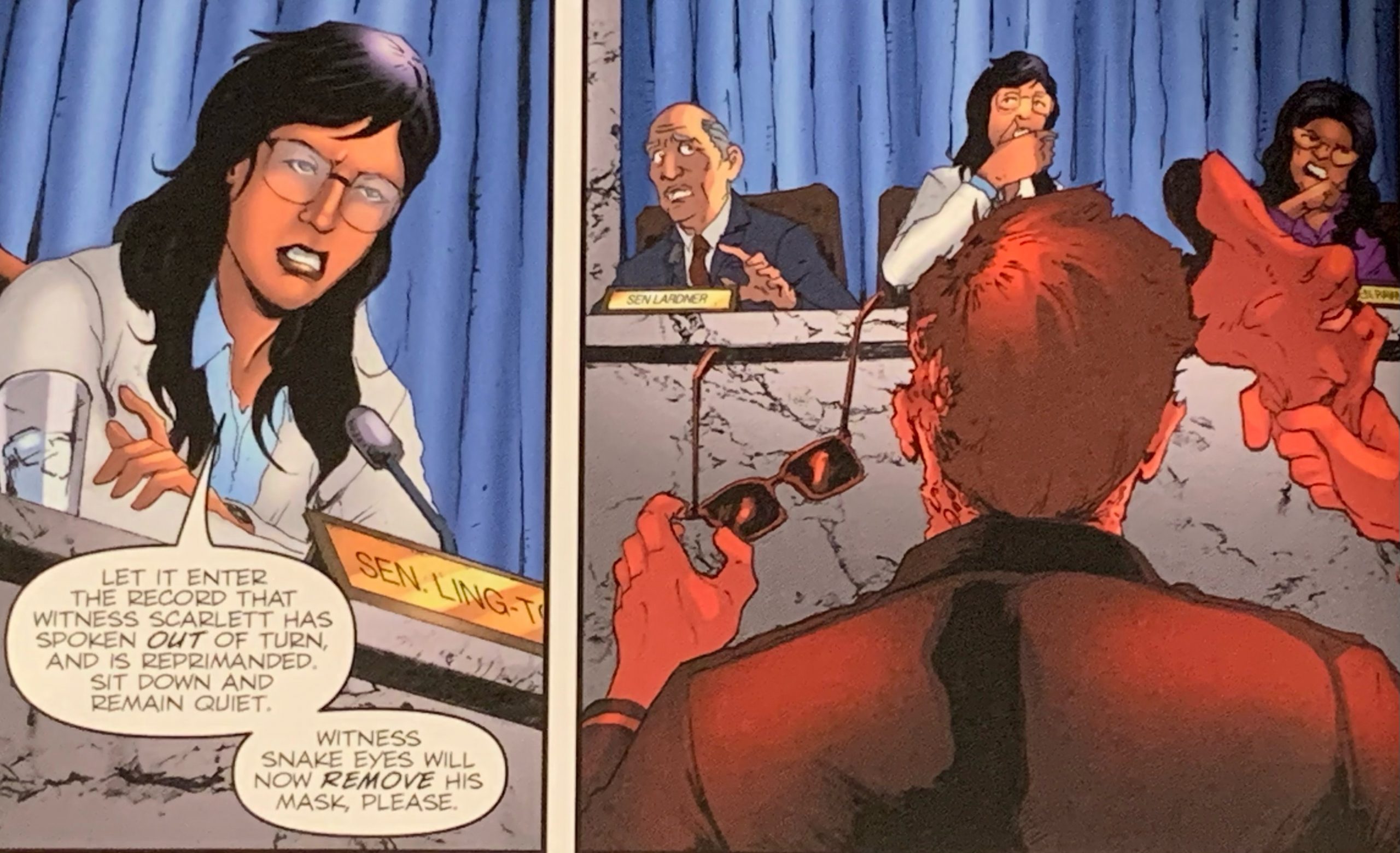 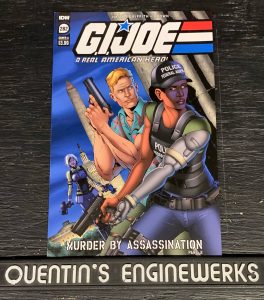 Book Description: Because of some of the events that transpired in “Operation Snakehunt” the Joe team is on trial with a Senate Oversight Committee. Little do the Joes know, there is a Cobra sleeper agent in the room as well.

In G. I. Joe: A Real American Hero #282 we get two new members added to the team. The first is a J.A.G. lawyer with the code name of Caseload. The other is called Bottom Line. From what I have gathered I believe she’s an accounting specialist. These two are seated with Hawk, Scarlet, and Snake Eyes as the group is collectively under fire from a Senate Oversight Committee from the raid on Springfield in “Operation Snakehunt”.

Cobra has done everything in its power to stack the deck for the hearing. They have finagled a way to get a video and audio feed in the room, which is impressive considering that the hearing is top secret. More impressive is the fact that Cobra has a sleeper agent in the room and an undercover crimson guardsman in the lobby.thankfully Sherlock is on the case and won’t let things get too out of hand!

Nine year old me wouldn’t have cared much for this issue. The nuances and technicalities of a Senate Oversight Committee aren’t all that exciting, regardless of how relevant the topic of discussion is.

As an adult that has worked in government I have experienced moments similar to this hearing. I too have been taken out to the woodshed for doing something that the order hadn’t come down to do… yet.  Twenty minutes after I had made the decision I received the blessing. That didn’t go over well with the people that outranked me. Watching Hawk have the same argument made me feel better.

From start to finish I liked Mr. Griffith’s artwork. I especially liked the parallel panels showing Cobra and the Joe team observing the proceedings.

The second book in the “Murder by Assassination” story arc doesn’t have quite as much action as the first. The intensity is just as high though. This issue was a solid read that left me very curious to see what we’re in store for during the rest of this arc.