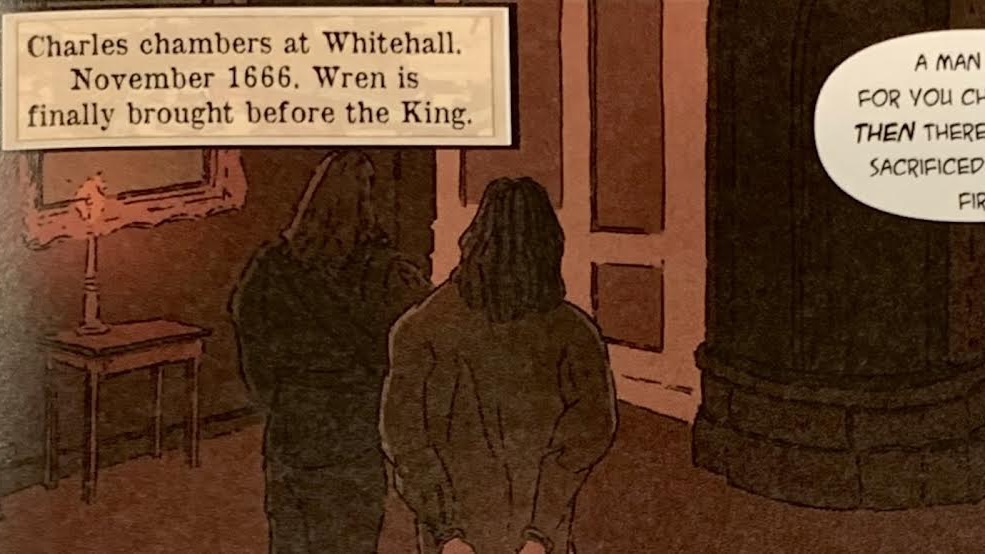 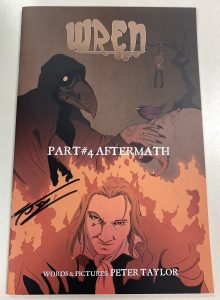 Book Description: The debate about whether or not rats are truly carrying plague does not matter. With the layers upon layers of lies and deceit about how many streets will be razed in a ”controlled burn” nobody knows the true scope. Now it doesn’t matter. In issue four of “Wren” the die has been cast. The great London fire of 1666 is fully stoked. It reaches the city’s tunnels and expands exponentially, putting the lives of many, including the king, in jeopardy. The official tally is 13,200 residences and 87 churches destroyed. Eight people are listed as dead. This does not include those residing in plague houses. Not does it account for the undocumented homeless individuals that were unable to escape the flames. In the aftermath, questions are being asked. How was this allowed to happen? What will become of the land the homes were on? Who will rebuild the city? Who will pay for it? The king is in a bad spot. Wren is viewed by the public as the man who ended the plague and the best choice for redesigning the city. The king also knows that Wren is responsible for the amount of damage that was done. What’s the best way to play it?

I loved the first three issues of “Wren”. That gave me a lot of trepidation going into the final installment. Writing a good story is one thing. Having an ending that doesn’t leave the reader feeling cheated is quite another. Peter Taylor pulls off both with flying colors.

”Wren” #4 gently brings us from climax to resolution while still getting some twists in. Christopher Wren is the Gustavo Fring of 17th Century London. He’s meticulous, able to play whatever part is required in the moment, and patient. I don’t know if I should hate him or consider him to be my new hero.

Fun Fact #1: After corresponding with Mr. Taylor about a couple of details I learned part of Wren’s “grand design” included remodeling St.Paul’s Cathedral. Those plans were dated a week before the fire. Because this detail was omitted in the story it is a work of fiction.

Fun Fact #2: That’s a lot of words to say everything in “Wren” is historically accurate and verified through Mr. Taylor’s research on the project.

There have been many scapegoats throughout history.

From Guy Fawkes to Lee Harvey Oswald, and everyone before and after them, they took the fall. Whether the blame is deserved or not they will go down in infamy as the person who…. (insert heinous activity here).

In the Great London Fire of 1666 that scapegoat was a man named Robert Hubert. Mr. Hubert was accused on trumped up charges of throwing a “grenade” through the window of a bakery on Pudding Lane, thus starting the fire that destroyed the city. He was found guilty and hanged for this crime.

Fun Fact #3: Mr. Hubert wasn’t in the city when the fire began.

Fun Fact #4: The bakery in question had no windows.

I am a big fan of this cover. My youngest would describe it as creepy, but cool. Even before learning just how petty and corrupt they were, plague doctor masks have always been sinister to me. It’s fitting as we come to learn just how sinister Wren was capable of being at times.

The artwork on the interior pages was rock solid throughout the series. I enjoyed the attention to detail in the characters’ facial expressions. Coupled with the writing it brought the characters back to life.

As a geek on a budget I was all in for the entire series. The reader gets action, drama, and the opportunity to learn something that didn’t make it into many history classes. “Wren” is well worth the time and money to go on a curiosity voyage.

Fun Fact #5: you can get your copy of “Wren” at https://pottyville-books.mailchimpsites.com/store