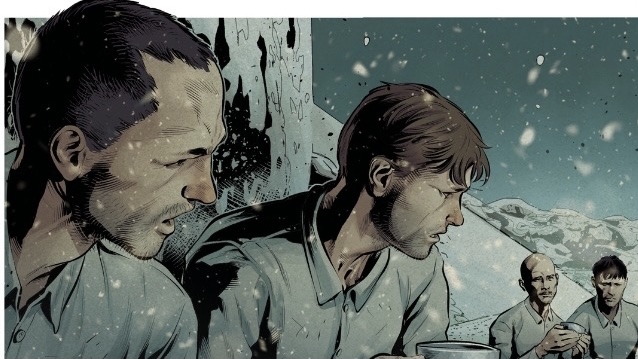 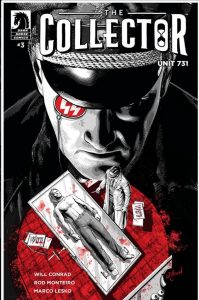 Book Description: Facing the horrors of history . . .James should be dead . . . and Dr. Sadao Shuzen is eager to get the inside scoop and see just what's keeping him alive. But there are Nazi officers on site putting the doctor, prisoners, and their guards all on edge. With vivisection in his near future, escape might be James's only way out--if he doesn't want to leave in a body bag.

Death is the ultimate tension. And rotting away in a Japanese work camp during World War II, waiting for the inevitable, hoping it’s anything but is a solid foundation for a great story. Will Conrad and Rod Monteiro deliver. From a well-paced story that rewards your patience. To the emotion of the art that depicts the horror of the times. There’s not much to say but praise for this well-executed comic. Though, the execution and some editorial choices may affect the experience for some. But if it does, you are missing out on a great read.

The story is well-paced and executed almost flawlessly. It may be slow for some readers, but it is rewarding. The tension is consistently ratcheted up. And everything makes sense. It is easy to follow and compelling.

The interior art by Will Conrad looks like it’s from the ’40s. It feels like you are watching a documentary about the war. The characters have the look of people that have seen too much. Proportions are on point, and it flows very well with the story.

The cover is intriguing. It has the feel of an old movie poster. Black and white with just the right proportion of red demonstrate the situation’s horror. Nazi thunderbolts symbolize the overarching evil watching over the atrocities emotionless.

The dialogue works to move the story further. It makes sense and doesn’t waste words. But it doesn’t necessarily sound like it is of the period. It could have been people from today talking. It doesn’t take away from the world the story was building, but because the art felt of the time, it stood out to me.

The choice to note every time the characters are talking in a foreign language that it’s translated from Japanese or German took me out of the world the comic was building. I feel the way it was written demonstrated that effectively without having to say it repeatedly. Especially as the stakes get higher towards the end, it interrupts the flow of the story.

The Collector: Unit 731 is a great read. A captivating story with art that encapsulates a crazy period in the history of the world. The horror of the time mirrors the horror of the actions taken against the men in the work camp. Despite a few editorial choices and dialogue that seem ripped from the present day, Will Conrad and Rod Monteiro have put together a great issue. One that deserves to be read.

REVIEW: Wren #4
REVIEW: He-Man and She-Ra: The Secret of the Sword
Sponsor