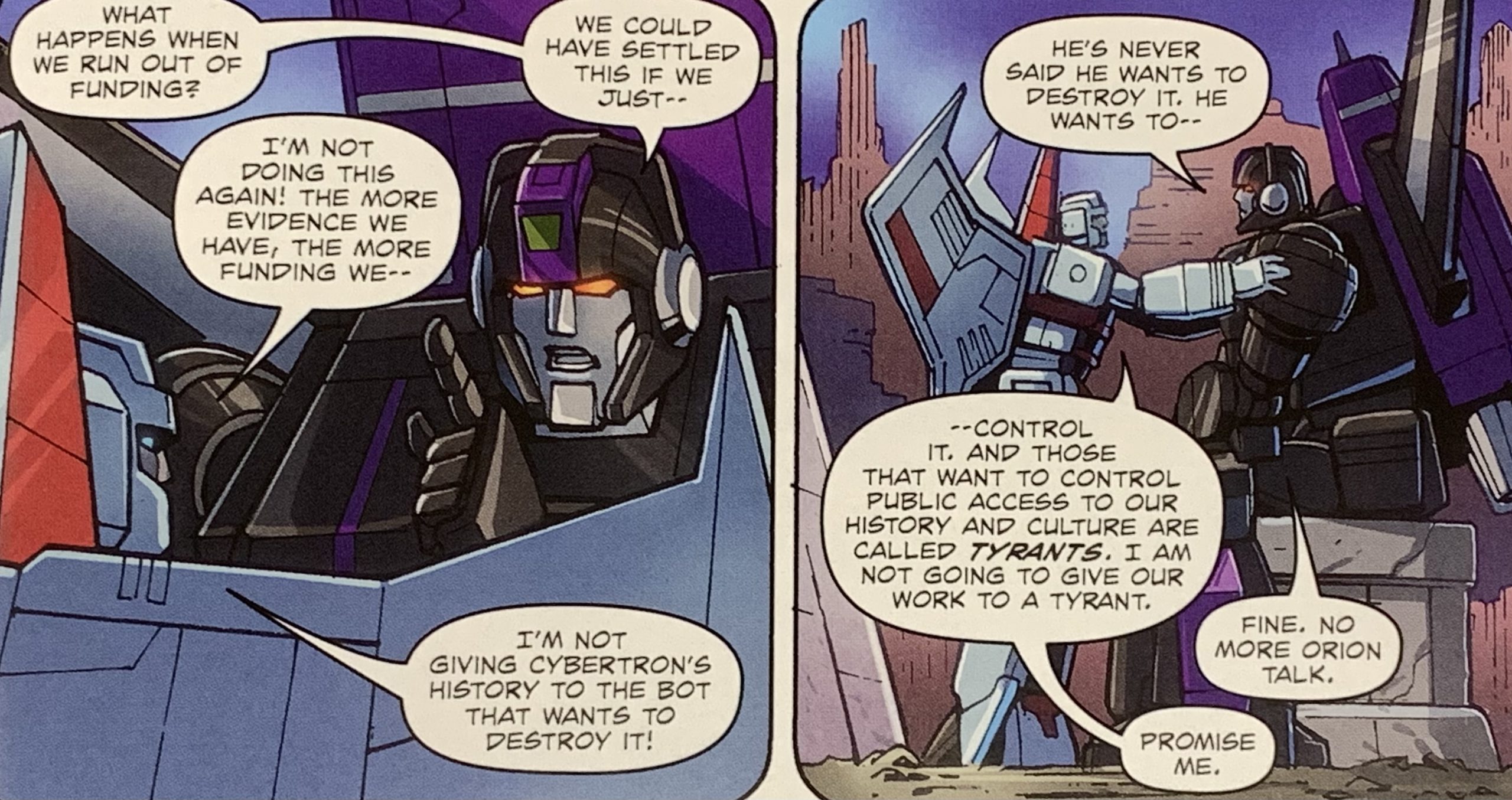 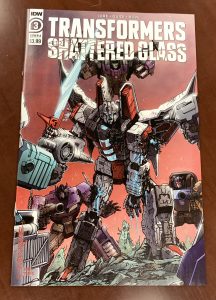 Book Description: In Transformers: Shattered Glass #2 we saw Starscream finally fulfill his goal of finding Megatron. Despite the fact that the Autobot warlords have put bounties on the remaining Decepticons, Starscream was hoping to convince Megatron to come out of hiding. Megatron could reunite the Decepticons and end the Autobots’ tyranny. Starscream believed that he held the secret to restoring balance in the war: the Titan, Metroplex.

Ihe third installment of the series we see Megatron and Starscream covertly maneuver through an Autobot city. They are meeting with the robot that was responsible for maintaining the Decepticons morale during the war. Now Soundwave has an encrypted underground communications network so he can continue to stay in contact with the Decepticons that are still functional. We learn he has already reached out to the seekers about coming back for one last stand.

Going back to the 80’s I’ve always viewed Starscream as a fascinating character. Anyone can see that he has the intelligence to be part of the upper echelon of the Decepticons. His lack of empathy, being too pragmatist, and an inability to play nicely with others have left him as commander of the Seekers, not all of the Decepticons.

In Transformers: Shattered Glass #3 we continue to get a picture of what could have been. A Starscream that puts the gain of everyone above his personal ambitions. A Starscream that keeps ego out of the decision making process and tries to do the right thing.

If Starscream had been presented this way from the very inception of the Transformers he could have easily been the most popular character in franchise history. Instead he’s relegated to somewhere between 5th and 12th on most people’s lists.

From the cover to the last page of the story I am loving the artwork. What’s been most mind blowing to me is how the perception of a character changes because of something as simple as reconfiguring their color scheme.

I wouldn’t recommend this series as the one to get your feet wet in for people that are new to Transformers. The logic being Transformers: Shattered Glass is set in an alternate universe. When the reader shifted over to a mainstream title their perspective would be turned upside down.

For those that are more familiar with all things “Robots in Disguise” this is a must read series. The geek on a budget in me can’t say enough good things about Transformers: Shattered Glass. At this point in the series your local comic book store may not have the first issue or two in the run. If that ends up being the case wait for the TPB and binge read it when that comes out. It will be worth the wait!