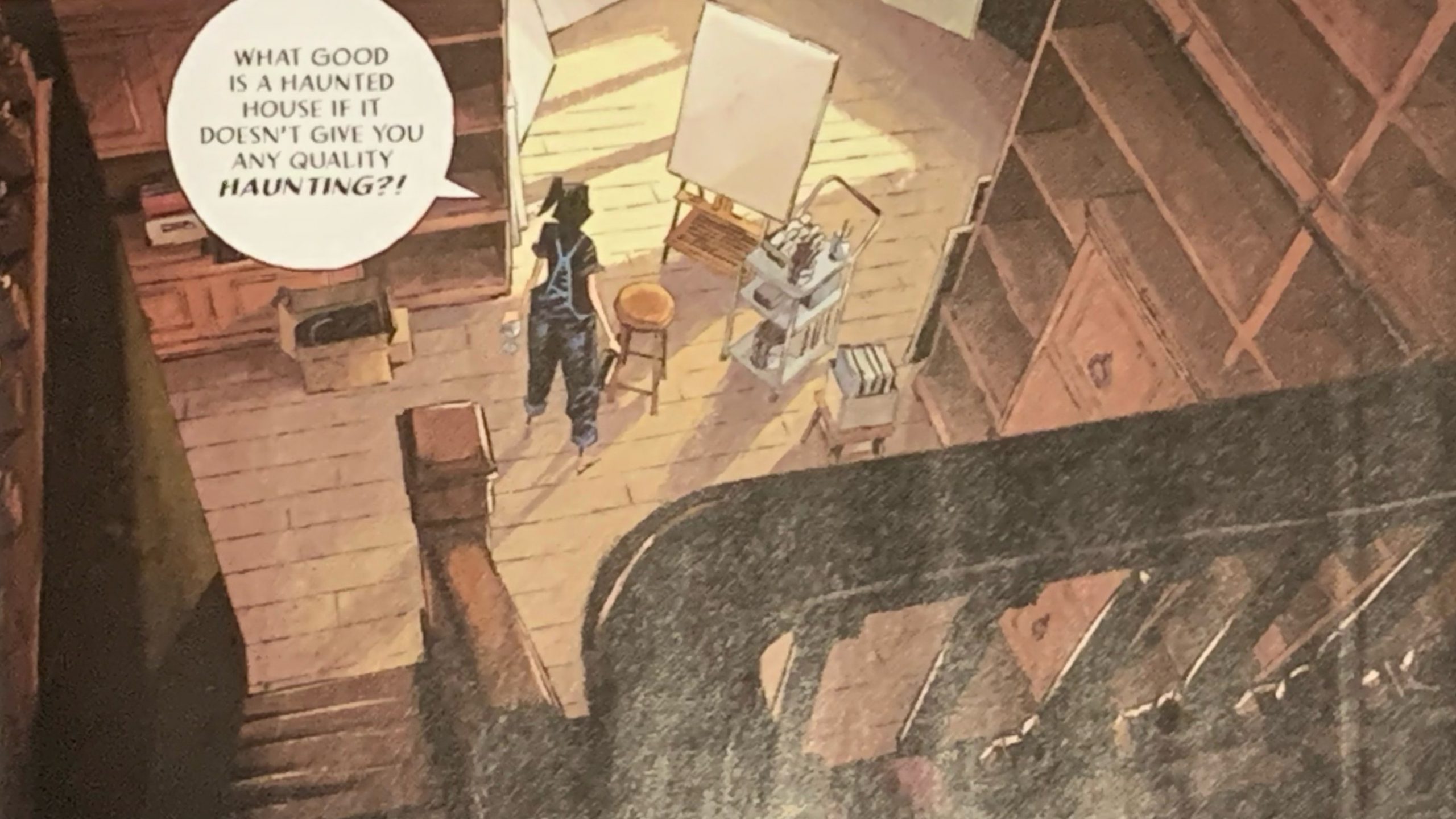 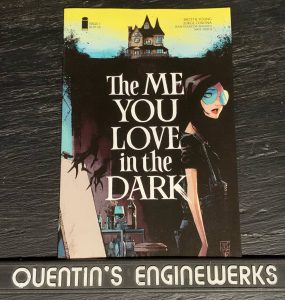 Book Title: The Me You Love in the Dark #1

Book Description: An artist named Ro relocates to a house in the Midwest that is supposed to be haunted in hopes of creating her next masterpiece. After several unfruitful weeks Ro is about to admit defeat when she starts seeing signs that the rumors that the house is haunted may be true.

The Me You Love in the Dark #1 wasn’t on my radar for new releases this week when I went to the local comic book store to pick up my pulls. When I saw this one on the rack the title caught my attention.

Upon closer examination, I saw that this title was written by Skottie Young, the author of I Hate Fairyland. I Hate Fairyland is a series that’s near and dear to my heart. It was one of the first indie series that I read from start to finish. I use that series to show people that comics aren’t all machismo and limited variations of superhero/soldier/fighting robot stories.

This cover doesn’t jump off the shelves at you. I only noticed it because it was right next to Joker Presents: A Puzzlebook. It’s not necessarily a bad thing. A great cover doesn’t always mean a great story. A great cover means a great elevator pitch. This one doesn’t do it.

With that being said, I love having the house on the cover. If I could find a house with this layout in our area I’d be moving tomorrow. I also liked that the cover artwork is actually relevant to the story.

The interior artwork is good but not great. I would have liked to see more detail inside the house. I thinking some of it was metaphorical for the way Ro couldn’t get any of her artwork going.

There’s a lot of potential with the premise of this story and the first issue builds the foundation brick by brick. It’s like the beginning of a horror movie. The setting is being established, we’re getting to know characters, etc.

A key difference being I don’t feel like I know the characters. I know Ro was a barista before making it big as an artist in New York. That’s about it. After one issue we should have more.

I didn’t care for the tempo of this one. We know time has lapsed because of dialogue or editor’s notes. It dIdn’t feel like it though. It felt like the majority of this book was spent waiting for something to happen. Because there isn’t a real sense of urgency when something does happen it was anticlimactic.

As a geek on a budget The Me You Love in the Dark gets a pass because it’s a first issue and the potential is clearly visible. It’s going to be a short leash though. I’m not keen on buying books that require me to tell myself the story will get better.