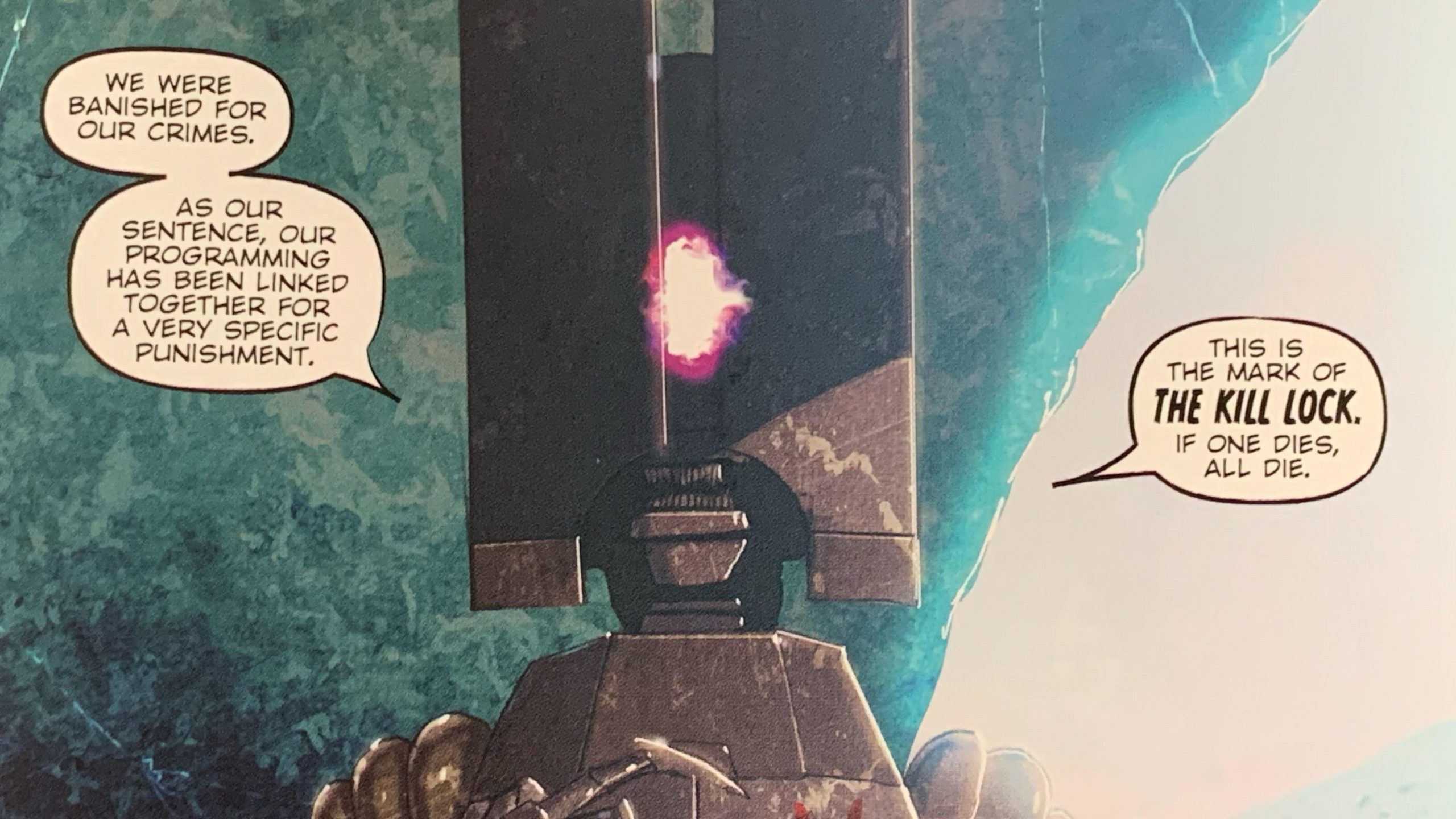 Artwork: 1 Star (Even without a good story the artwork can more than carry the load. It’s crisp and keeps the reader enthralled with the detail.)

Story: .75 Stars (The concept is the first of its kind that I have ever come across. It has a solid foundation. I’m eager to see where this one is going.)

Dialogue: 1 Star (With the amount of information we get in the dialogue the reader doesn’t even notice that there isn’t a single editor’s note in the entire book. In some places the dialogue goes so far as to replace the depiction of action and does it seamlessly.)

Mechanics: .75 Stars (“The Kill Lock” #1 is very easy to fall into. While we don’t get to completely know our four antiheroes the character development is very substantial for a first issue. I’m hoping now that we know who the characters are we can move towards their objective more.)

Editing: .75 Stars (The font coupled with font size in some panels when the Wraith was speaking were difficult to read. It’s a terrific looking font that gives the Wraith power. It just needs to be a touch bigger.)

Four robots have been convicted of crimes so heinous that rather than being executed their home world exiled them with a caveat. They have had the Kill Lock program installed into their systems. If any one of the four dies, they all perish.

When you have the Artisan, who has a mouth like Rocket Raccoon while being even more of a sociopath coupled with the Laborer, who could drink Frank Gallagher under the table as half of your foursome what could possibly go wrong?

First impression: This book is Transformers mashed up with “Guardians of the Galaxy”. The key differences being the robots don’t appear to have the ability to transform and they aren’t jaunting all over the galaxy with an Infinity Stone.

In their own way each of the characters has striking personality traits that make the reader either love or hate the character. So far the Artisan is my personal favorite. His edginess coupled with his compulsive need to destroy something just to see how it works makes him very relatable. I hope that’s not a reflection on me.

The first issue of “The Kill Lock” came out in September, 2019. It’s a crap shoot on if you’ll be able to find all six issues in the back issue boxes of your local comic book store. Even if you find all six you will probably be looking at a price tag of at least $4.00 an issue.

As a geek on a budget I would recommend going with the trade paperback or getting the digital copies through ComiXology. It will save you time and money. You’ll get the entire story for less and it keeps you from going on a scavenger hunt to get the individual issues. Trust me, after you’ve read the first issue you’re going to want the rest of the series.