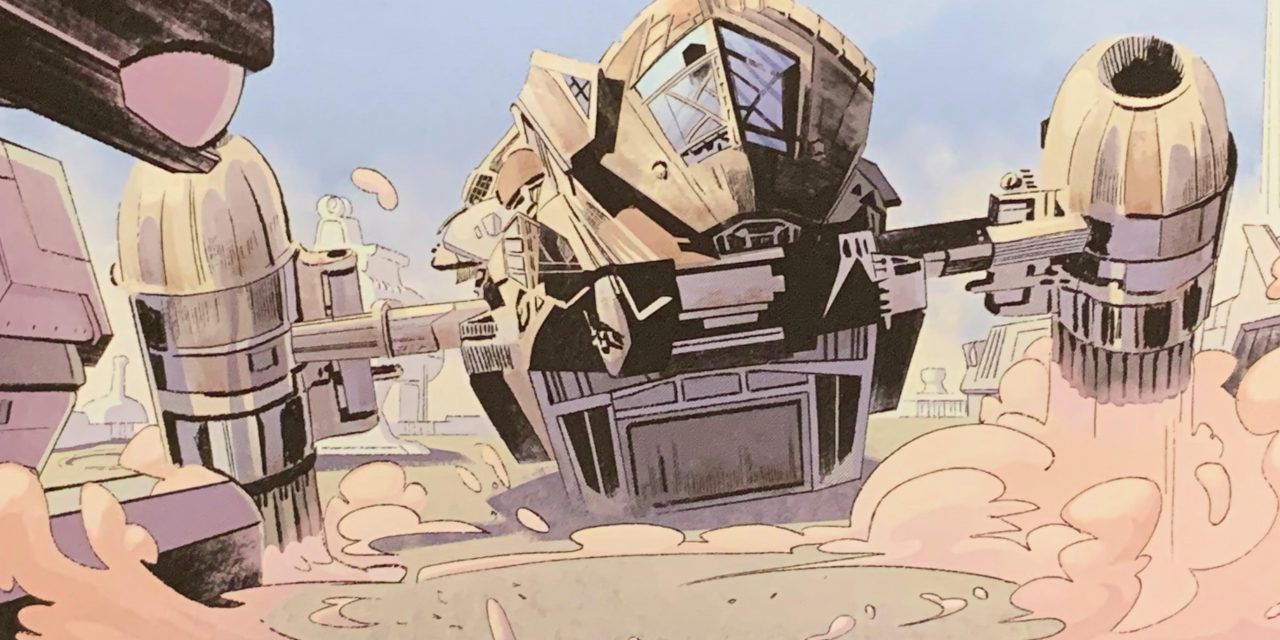 Rating if the Book Were a Movie:

Artwork: .75 Stars (The artwork is very detailed. I liked how Serenity was depicted. The dinosaur on the cover was a terrific throwback.)

Story: .75 Stars (I really liked Emma. She reminds me a lot of Mal and Wash. I see a lot of potential in this title as long as we don’t have any “because comics” moments to make the story work.)

Mechanics: .75 Stars (This story has the benefit of not needing to create a “brand new ‘verse” to get the diehard fans interested. It would benefit from touching on the back story a bit to help new readers along. There were a couple times I had to read pages a second time to be sure I understood what had taken place. Aside from that it’s a smooth read that’s easy to fall into.)

Dialogue: .75 Stars (We get a lot of information from the dialogue. It would have been nice to have something that explained the absence of characters that are not in the picture anymore…. unless they’re coming back later.)

Editing: 1 Star (There were no editorial flaws that I could see. The story appears to follow canon.)

It’s been twenty years since the events at the end of “Serenity” took place. As it turns out, Zoe was pregnant at the time of Wash’s passing. Now their daughter, Emma, is being groomed to be the captain of Serenity.

There are certain shows and movies that capture the imagination like no other. ”Star Wars”, “Star Trek”, and “Firefly” are all franchises that have had their universes expanded and canon changed with stories, episodes, or films that came out well after the original was gone.

Whether it’s right or wrong isn’t the matter at hand. People are going to compare new content to the original, which is a fan favorite. We’ve been seeing this for decades. Look at almost everything from the “Star Wars” franchise. With anything new the best the creative teams can hope for from fans is an “as expected”.

In “Firefly” Joss Whedon stacked the deck so unfairly that few would answer the call to continue to move forward with this story. Of the original nine characters from the tv series, two were killed off in “Serenity”. In the eyes of fans it’s going to be a rough road trying to restart the franchise.

Mr. Gordon was brave enough to give it a go with “Firefly: Brand New Verse”. He’s starting the story again. The story is set 20 years after “Serenity”. We have a new cast of characters. Malcolm Reynolds is mentioned; but we don’t see him. There’s no mention of Simon, River, Kaylee, or Jayne.

Everything that can be done to put some distance between the original and reboot has been done. Do we have the magic of the tension between Mal and Inara? No. Is it fair to expect something to be able to have that after one issue with a slew of new characters? No.

Personally I think this series deserves the benefit of the doubt. It’s off to a great start with the character development we see in Emma. I’m looking forward to seeing where this one is going. 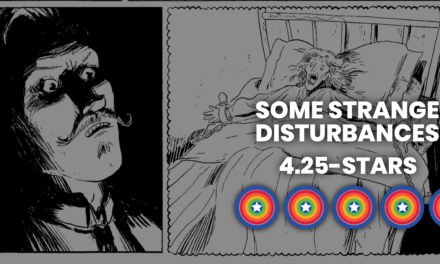 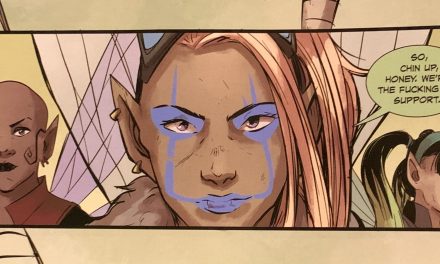 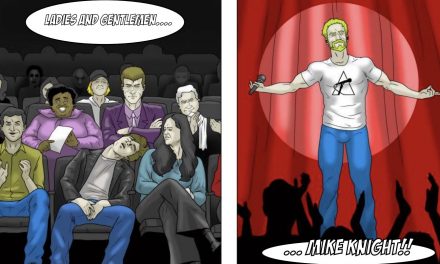