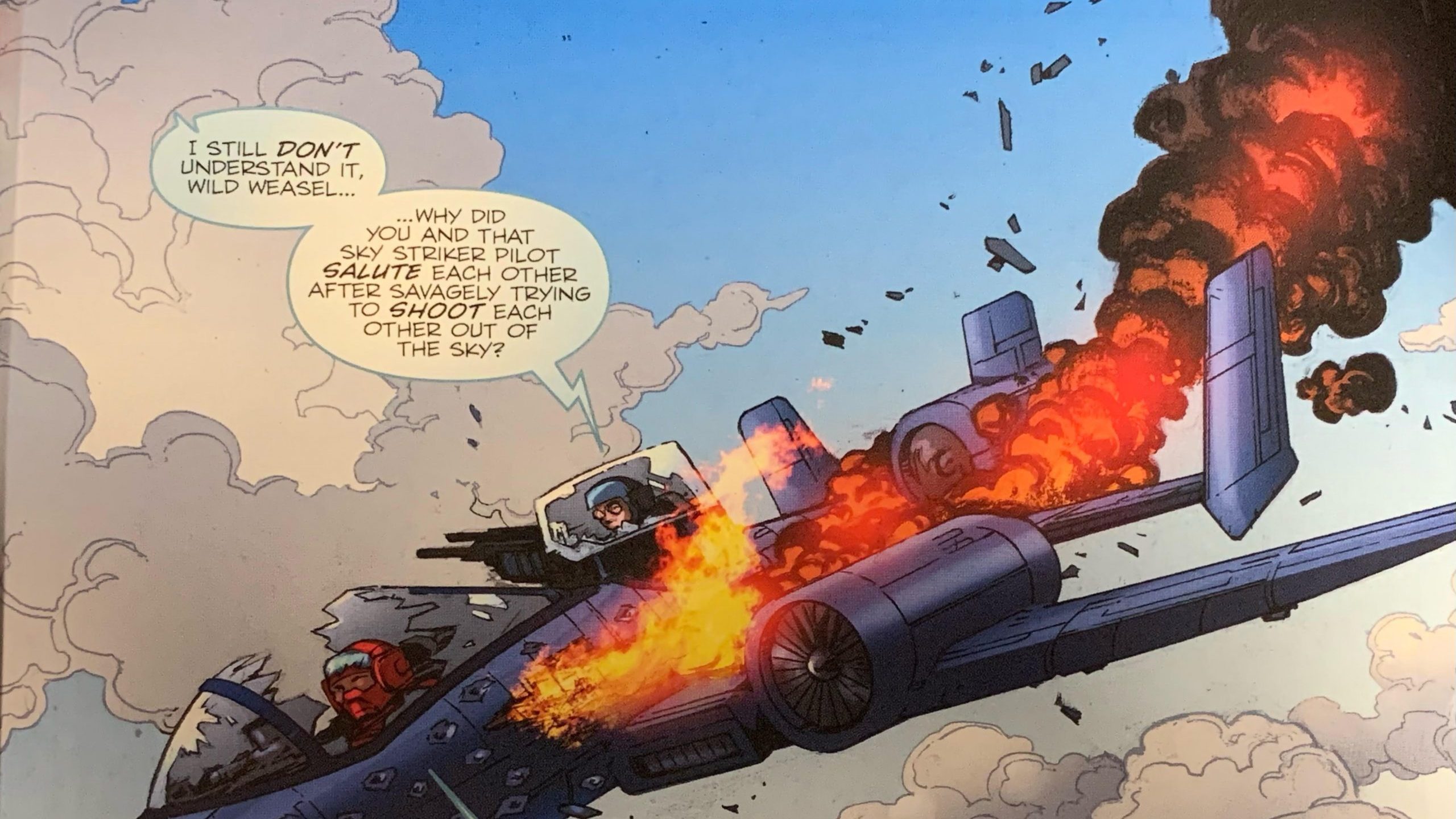 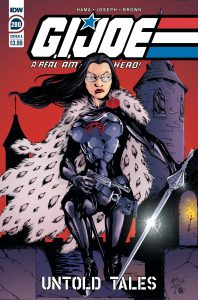 Book Description: Major Bludd and the Baroness are playing a game of Spy vs. Spy, trying to win the support of the Borovian government while simultaneously serving their own best interests..

This story is part of the Untold Tales story arc. In this arc we get short stories akin to “G. I. Joe: Special Missions”. These stories give more depth to some of the previous issues by adding more subplots and context.

This particular issue picks up where issue #34 left off. To give you a quick refresher, that issue was an epic dogfight between Ace and Wild Weasel that ended in a draw because both sides had spent all of their arms. In this aerial battle the Baroness was the gunner on the Cobra Rattler.

Wild Weasel has to figure out how to safely bring the Rattler down when the landing gear are malfunctioning. All things considered, he does an admirable job.  The story rapidly shifts gears as the Baroness is whisked away to Paris to negotiate with representatives of the Borovian government. Unbeknownst to her Major Bludd is doing the same thing for his own personal gains.

This is one of the stories that I wouldn’t have been able to fully appreciate during the original run. It’s amazing how a few decades of wisdom can help improve your perspective of a story.

To me this story is groundbreaking for its lack of involvement with the G.I. Joe team. Aside from mentioning Ace and at the very beginning, this entire book is all about the Baroness and Major Bludd with no interaction from the Joes. I enjoyed the change of pace.

I found it funny that this issue came out the same day that my compatriots were discussing if the G.I. Joe franchise could be considered a spy series in a podcast. Timing is everything.

As a geek on a budget I found this one to be a reasonable price for what you’re getting. The story doesn’t completely blow your hair back. It doesn’t leave the reader thinking that it’s a waste of time, either. In a lot of ways what transpires in this issue sets the table for a fairly lengthy story arc involving Borovia.

At the end of the day I have paid a lot more for a lot worse. It’s worth it to grab a copy and get updated on some of the behind the scenes details from the 80’s run!