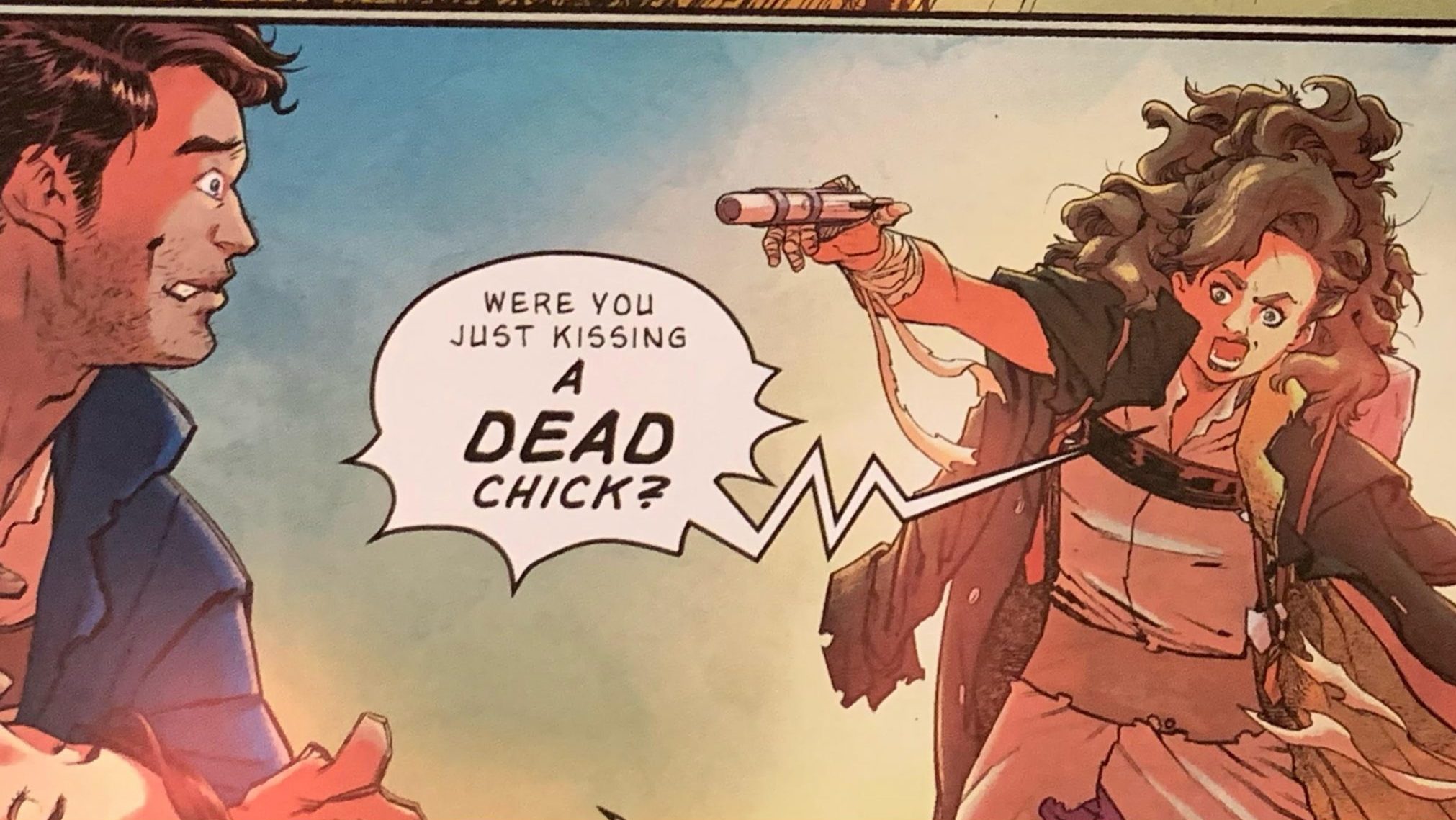 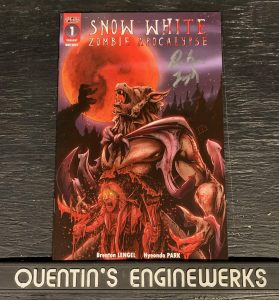 Book Description: Prince Charming and Rapunzel are the only survivors of a zombie apocalypse until the prince can’t help himself and makes out with a corpse. How ”Charming”. With that kiss Snow White is brought back from the dead. Our three heroes must negotiate the obstacles that come with this troubled land while dealing with the love triangle they’re entangled in. 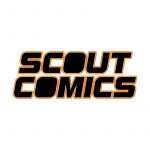 I’ve written about how in general zombie stories aren’t my go to genre. To me they’re trying to catch lightning in a bottle the way “Walking Dead” did. After many rehashings of the same story it gets repetitive.

“Snow White: Zombie Apocalypse” was a series that found itself on my radar when I saw a variant cover for the second issue. The artist was promoting the Kickstarter campaign on social media. At the time I didn’t have the cash to back the campaign so I put a mental pin in it.

When I saw the Kickstarter campaign for the third issue had a tier to get the entire story (including the cover I wanted) I jumped all over it. This story was worth the wait! The first issue has action, comedy, and a plot that makes the story easy to fall into. The font for the narrative really helps set the tone.

The interior artwork is well done. It’s effective without being too vivid in certain panels. Years of variant covers that have nothing to do with the content had me wary going in. I’m thrilled to say that wasn’t the case here. The cover art actually portrays something from the story!

As a geek on a budget I had some trepidation about how much I spent to get this set. Kickstarter campaigns for comic books usually aren’t very cheap unless you go with digital content. Between the story and geeky goodness that came with the stretch goals I believe that this was money well spent.

For a limited time you can get in on this deal at: