As humanity grapples to survive on Mars, the Ministry of Exploration pins their hopes on an Astronaut who’s scared of Space to lead an expedition that could clinch mankind’s resurgence.

Redshift is the type of comic that pulls a reader in visually and keeps them turning the page with solid storytelling. Hellener Drake is a young Martian (human) who has to make an extraordinary decision to traverse the galaxy in hopes of saving humankind. All others before him have failed, the last of whom happened to be his own mother. If she is really gone, she has left behind Hellener, along with his father and younger brother. Will Hellener choose to stay with his family or will he follow the path of his mother and take a shot in the deep dark universe? Alright, alright, alright, I’m in.

The story has all the elements you look for. If I were to call anything out, I would have to be quite nitpicky. It’s not a completely unique concept, which is why I did not give it 1 star.

The art has a great feel to it. I was immersed.

The dialogue told the story and showed us that Hellener is a smart kid. However, that alone isn’t enough for me to give it a perfect score in this category. For me to do that, I would have needed something to get me to go, “Woah”. I didn’t have that moment.

I found no issues with the spelling or grammar.

There was vague context given in a few scenes, it wasn’t needed but it would have been nice.

I have hopes for the Redshift Series to be a thrilling journey through space! 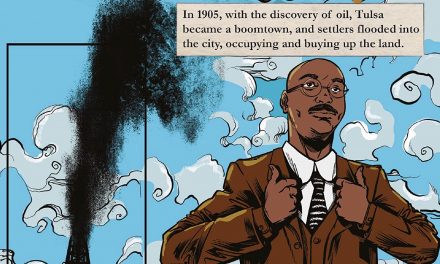 REVIEW: Across The Tracks 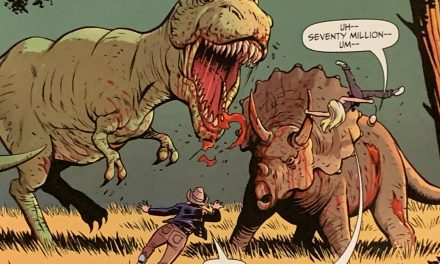