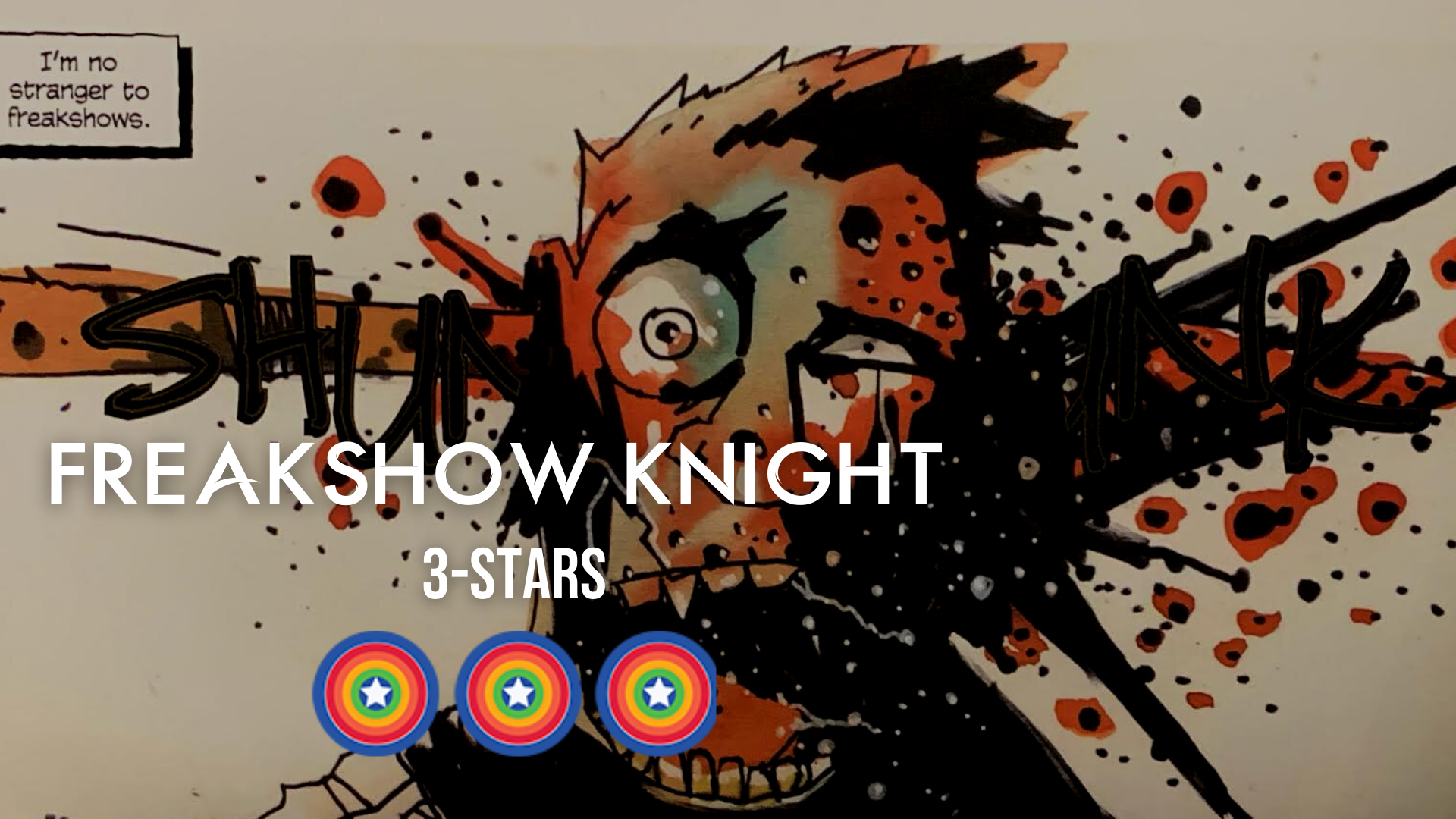 Artwork: .5 Stars (The artwork meshes well with the story nicely. I had hoped for more detail.)
Story: .75 Stars (I like the concept of the story. I would have liked to see more in the way of plot development though. How did the world get to be like this?)
Dialogue: .5 Stars (While the dialogue moves the story along, it doesn’t give the reader much in the way of information.)
Mechanics: .5 Stars (The story has a steady tempo to it. It’s an easy book to fall into. We needed more character development though. At the end of the story we don’t know much about Red or Gwen.)
Editing: .75 Stars (The lettering is great. A few editor’s notes would have been very helpful with the setting.)

Red is one of the few survivors in a zombie apocalypse. His routine has become monotonous. Get up, finish off any zombies that weren’t killed in the previous night’s struggles, eat, fend off zombies to stay alive for another day, repeat. His outlook on life changes when a dog and a young girl named Gwen come into his life. Now he has someone depending on him.

I’ll be the first to say that I’m generally not that big on zombie stories. I appreciate the nuances of writing for that particular genre. It just isn’t really my thing. Even “The Walking Dead”, which is critically acclaimed, didn’t leave me eager with anticipation for the next book in the series before it ended.

If I were to describe “Freakshow Knight” to someone I’d say it’s “Castaway” meets “Walking Dead”. The upside is we don’t have the 30 minute FedEx commercial at the beginning of it. We also are spared seeing a grown man talking to a volleyball for hours on end.

I was familiar with Mr. Hedrick’s work on “The Recount”, which in my opinion deserves to be on the short list for being the best series in 2021, so I took a flier on “Freakshow Knight”. I can appreciate the concept of the story. It’s not easy to create a world, introduce new characters, give them a conflict, and resolve said conflict in a series. Trying to make it happen as a one shot is even more difficult. The work that went into making this happen is to be commended.