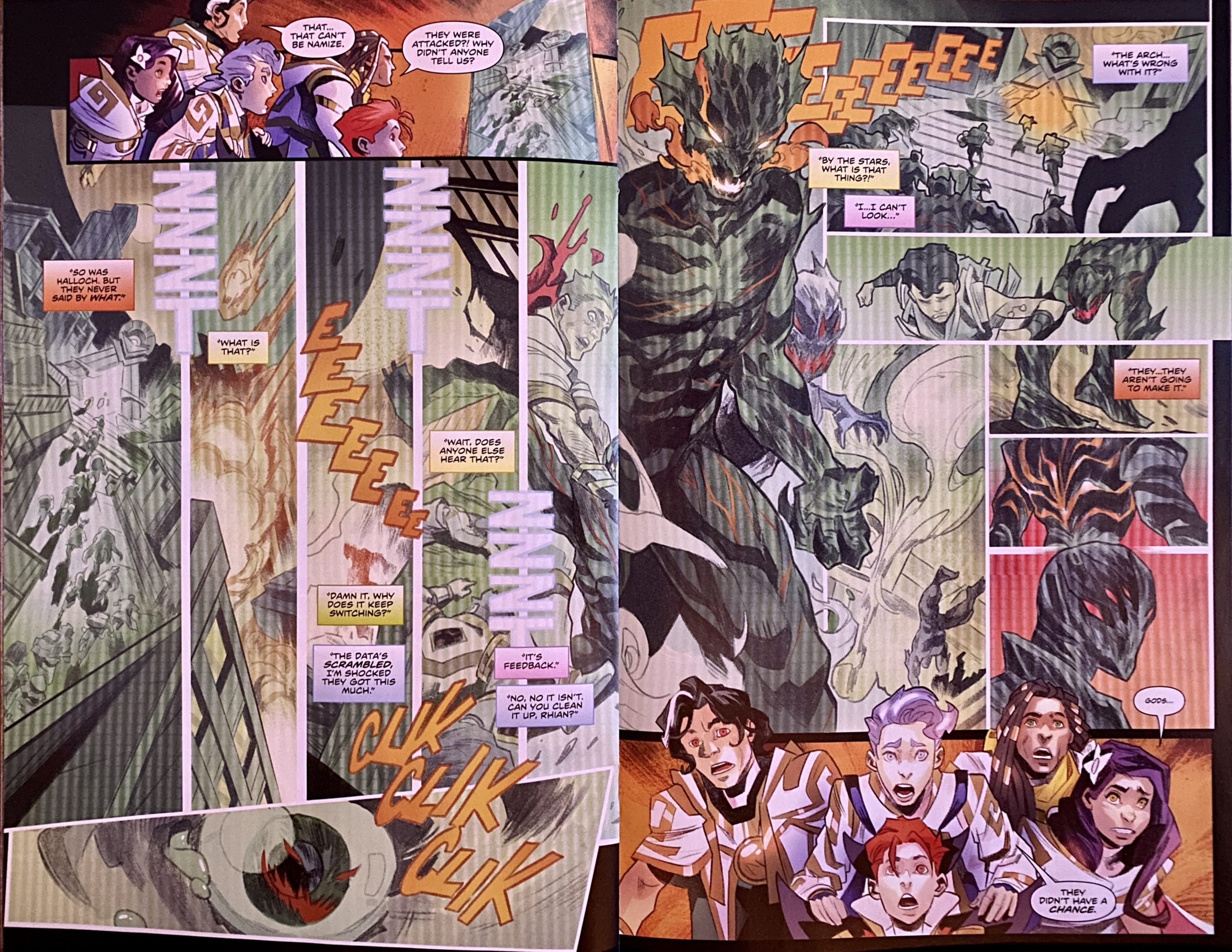 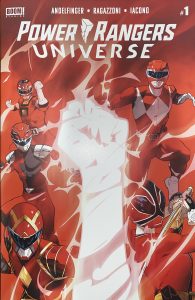 Book Description: The story starts off in a lab in the distant past. The looks of someone in a space suit, and a lab assistant, both of which are preparing for a great experiment. As the experiment takes place the person in the suit enters a colorful void, where the person in the space suit see’s something that they don't like, and blows up the experiment. Same lab several hundred years later and the lab is now the hang out of a bunch of kids. One of which is using computer technology in the lab to figure out what it’s for and how it works. All the while there appears to be an evacuation taking place. Reports come in of the various places that are being evacuated as well as loss of contact, it is reported that the last place might have had proof of what is going on. As the kids gather one last time to try and figure things out, they make what appears to be the same discovery as the guy in the space suit, and decide to fight back.

GO GO POWER RANGERS! That was a phrase that a lot of my generation heard in the 90’s. When the mighty fighters were brought from the asian tv market to the united states.  For some it was something to laugh at, for others it has become a new form of something to cling too, much like any other sci-fi, fantasy or comic related genre.

Being an eclectic geek I openly admit that I watched the power rangers when it was fresh in the 90’s as it was part of the afternoon line up when I got home from school.  I had a various collection of items all relating to the power rangers.  So when this book came across my desk my interest peaked a little.  What could this story tell that wasn’t already said, after all, the Power Rangers have been around for 20+ years at this point.

What I found was something that I don’t recall actually ever hearing about, an origin story about how things all started in the first place.  I love a good origin story when it comes to geek related things, and this is a good one.

Now just because I thought the cover was so well done, doesn’t necessarily mean that the interior artwork will be just as well done, after all this is the power rangers.  One expects a certain amount of campiness to it.  That does not seem to be the case here, The pages are just as well done as the cover, bringing a full visual immersion into this newly created backstory.

The story itself is a good story, it shows the original scientist doing an experiment and comes across something dangerous and shuts it down.  But then time jumps into a future where whatever is happening could very well be a direct result of the experiment.  Though it is never really said one way or another.  For that fact alone I am intrigued enough to pursue this title and see how it plays out.  When the wonderful artwork matches good writing a truly immersive experience happens and I think this is one of those books!  If the power rangers is something that you always liked or even follow, than this story adds more content into your circle.  Definitely worth reading!