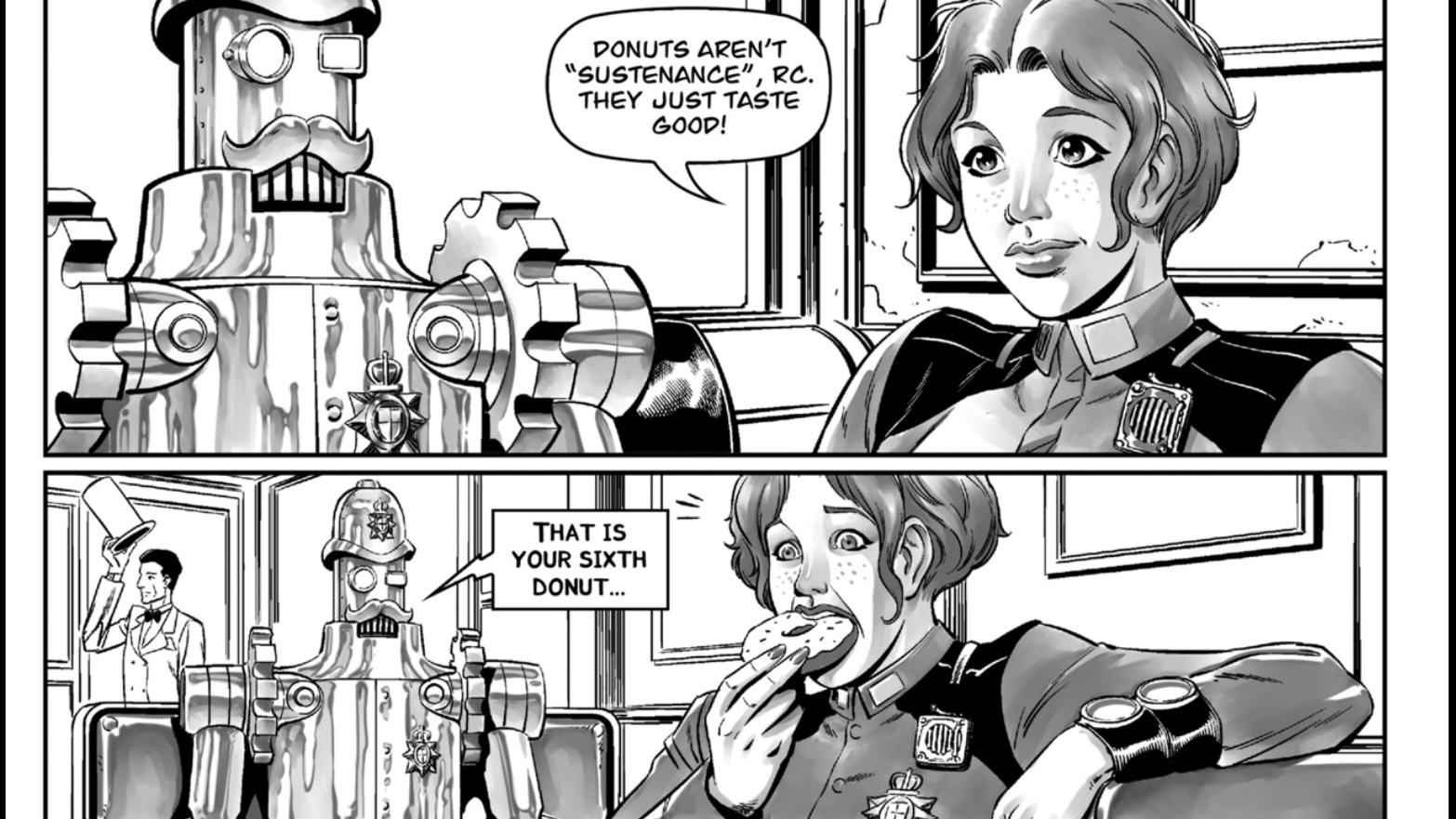 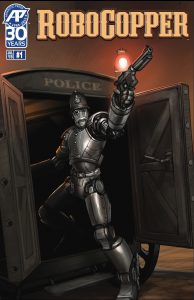 Book Description: Set in London in a steampunk universe, this story starts in a field with a child and a firearm. Then flashes backwards to earlier in the day and tells how the robot police officer and the human female police officer end up there.

Robocopper, the cover alone piqued my interest having watched the good and the bad renditions of Robocop. As I grew up in the 80’s Robocop was a key part of that, therefore I at least had to look at this story and see how it played out.

This story has 80’s written all over it.  The intro reminded me of an 80’s tv show that did something similar.  “Hi I am so and so and you’re probably wondering how I got here”. It is kind of a classic format, but then as I read the story itself, while entertaining, was littered with references to the original Robocop movie. In and of itself it is not a horrible story, but having the characters just appear, it makes the reader want to continue to get the back story, and that very well may be the point of this issue.  Hinting that more backstory might appear as the story plays out, though I do think that this issue was a little episodic.

Now the main plot of the story is different from the movie, but the character references are a little obvious if you have seen the movies. However it doesn’t detract from the story as a whole, just points out what the author borrowed to make this one work.  The one thing that the Robocop movie had going for it that this story lacks, is the background of the main robocop character.  Robocopper is never explained where it comes from, it is just there.  That in itself reflects in it’s actions and lack of humanity.

The artwork itself is great, as that is what got me interested in the story as a whole.  The cover clearly shows a robot attempting to be an 1800’s London police officer albeit with a gun, but as I look further into the book the steampunk appears.  I have nothing with steampunk mind you, just that the cover doesn’t quickly reference it.  The interior artwork is just as well done, though as the interior is black and white sometimes you lose part of the story when color is not added.

If you are a fan of the Robocop series at all, then this story is definitely something to read at least once, as it does provide a fresh take on the Robocop genre.