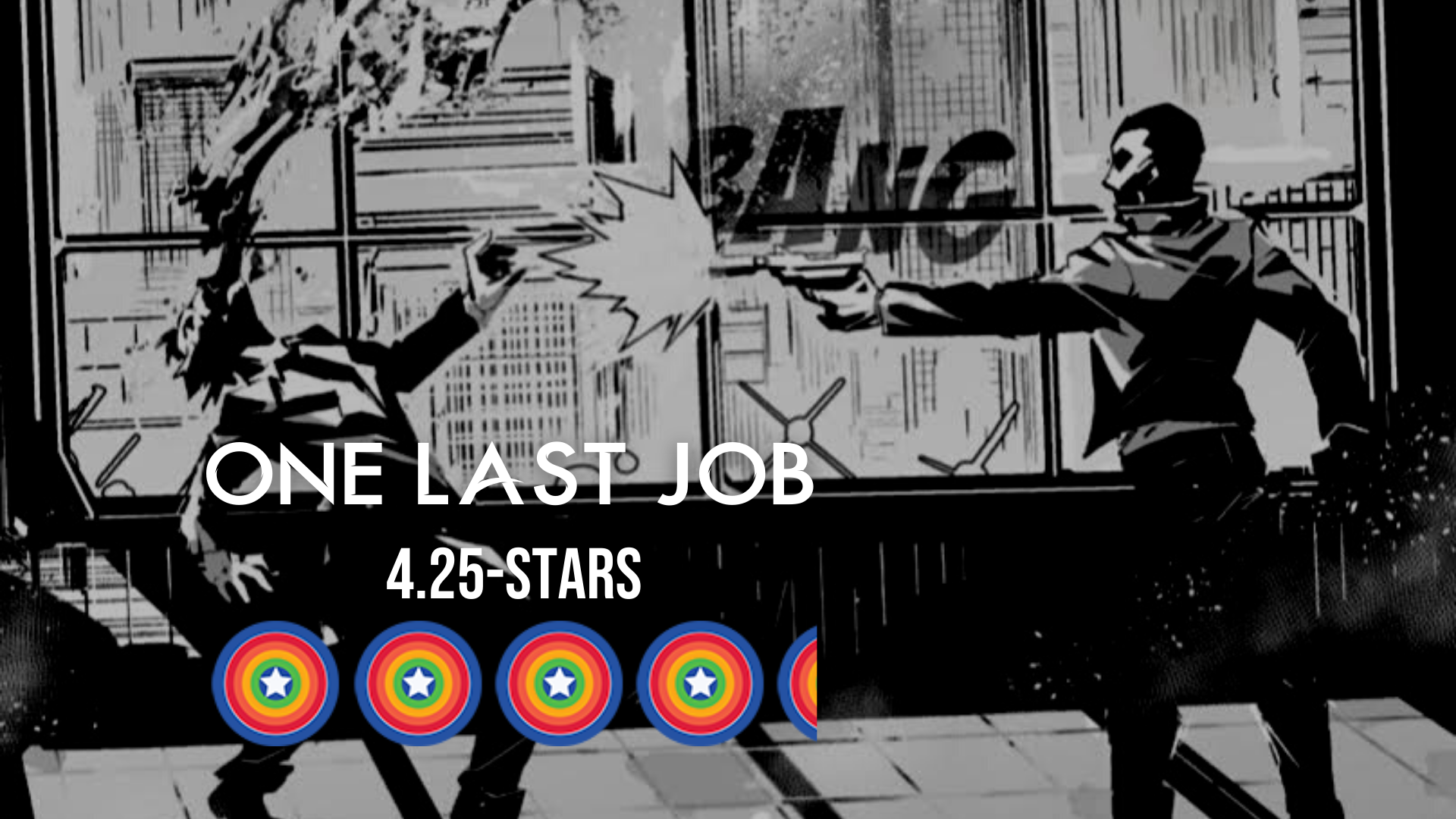 Artwork: .75 Stars (Mr. Jamino does a fabulous job of maintaining the balance between needing more detail and sensory overload.)

Story: .75 Stars (“One Last Job” reads a lot like a James Bond story. Thomas just doesn’t have as much tech to play with. There was one part that was somewhat predictable. It doesn’t affect the story though.)

Dialogue: 1 Star (Between the dialogue and narrative the reader gets plenty of information. The dialogue also helps to keep the story moving at a nice pace.)

Mechanics: 1 Star (“One Last Job” #1 is very easy to fall into. We don’t know everything about Thomas; but he’s likable enough that we have a vested interest in the outcome of his ventures.

Editing: .75 Stars (The lettering is done in a font that is easy to read. I would have liked to see some editor’s notes to help with the setting.)

Thomas is an undercover specialist. He’s very good at his job. He’s taken down everyone from crime bosses to terrorists. Due to health concerns and the desire to keep his relationship with his wife it’s time to walk away. But before he can do that he has to finish One Last Job.

This one is another Kickstarter treasure that I heard about through the grapevine while it was still in production. The hype was well deserved!

The book is done in black and white, which makes it more powerful with this artwork. To anyone that says that something has to be in color to be a hit I say look at “Clerks” and “Schindler’s List”.

We don’t get the full story on Thomas (or even his last name for that matter). There will be plenty of time for that in the upcoming issues. Thomas is James Bond without the tech and the women. He’s Jack Ryan without all of the politics. From what I read in the first issue of “One Last Job” Thomas is going to be huge.

Unfortunately the Kickstarter campaign for “One Last Job” has ended. If you want your own copy of this book it will be available through www.catalystcomicsstudio.com on June 1, 2021.