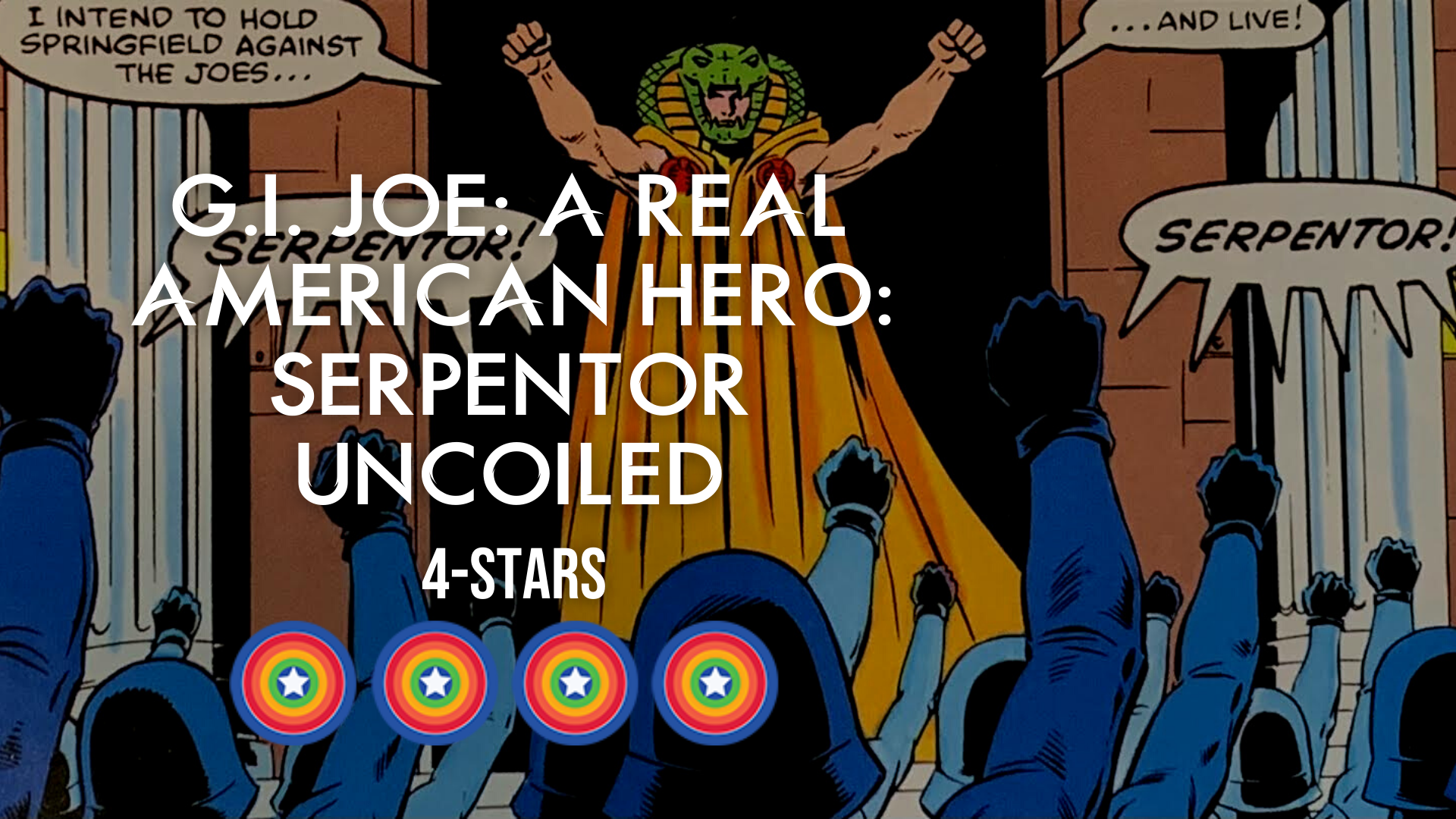 Artwork: .75 Stars (This book was ”G.I. Joe: A Real American Hero” in its prime in the 80’s. The artwork from this era captured the imagination of children around the world as we had an onslaught of new characters come down the pike. It was crisp, detailed, and cutting edge.

Story: .75 Stars (This book was one of the first comics to mention the possibility of genetic engineering that I recall. Through the eyes of a nine year old it was groundbreaking. The assault on Springfield was very entertaining. There are a couple “because comics” moments that I want to argue about for the sake of the story I have to let go.)

Dialogue: 1 Star (With the exception of editor’s notes telling the reader when something took place in a prior issue, the location, and how much time has elapsed all of the information comes from dialogue. The dialogue pulls double duty as it also moves the action along.)

Mechanics: .75 Stars (The story moves at a great pace, sucking the reader right into the action. The character development of Serpentor is incredible. He’s not in the mix much but when he is you can see he is a force to be reckoned with.)

Editing: .75 Stars (The lettering was great. It was disappointing that the book is a reprint of a reprint. The page numbers from the trade paperback these books came from were left in.)

Cobra is robbing gravesites of the greatest military minds in history to create the perfect warrior, Serpentor. While this is taking place the G. I. Joe team has learned the secret location of Cobra’s headquarters and is launching an all out assault on Springfield.

This book is a reprint of ”G.I. Joe: A Real American Hero” issues #49 and #50. It was a classic. This story arc, coupled with “Arise Serpentor, Arise” in the cartoon series gave me a very good understanding of genetics….. as a 2nd grader. When we were talking about DNA in high school science class I already understood it because of G. I. Joe.

I always liked Serpentor in the comics. He was diabolical, and conniving. These qualities made him grade A material for leadership in Cobra. The constant yelling of “This I command!” on the cartoon series made him seem like a spoiled man child.

When I saw this book on the rack at my local comic book store I was excited. New content with Serpentor?! Yes, please! Needless to say I was disappointed when I got it home and discovered it was the exact same story I still have from when I bought it decades ago.

This is the third time IDW has done something like this in the past year. They also did it with issue #21 and the first yearbook. It’s getting old. As a consumer I am getting tired of spending money on books I already have. I want new content, not a new cover. Also, if you’re doing a reprint, check to make sure that you took out the page numbers of the book you copied it from.

If you don’t have the original issues this is a great deal to get high-quality reader copies. If you already are familiar with the story arc ignore the cash grab and wait for something better to come along.