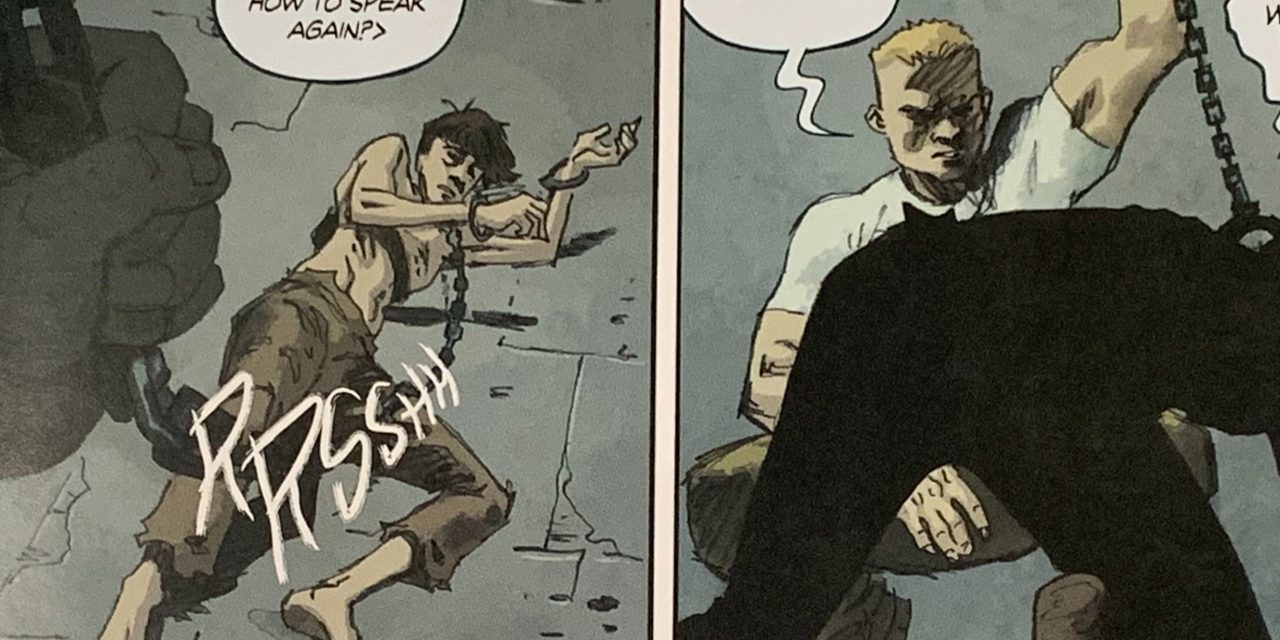 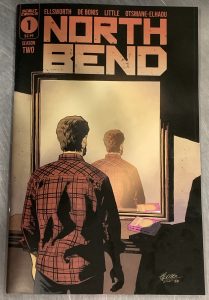 Book Description: “North Bend” is the story of Brendan, a vet from the war with Russia. During his time in the service, Brendan’s specialty was being a human intelligence collector, which is a fancy way of saying his job was interrogating captured enemies.

Brendan didn’t go for torture to get the information he wanted. He figured out that if he made prisoners feel like he was on their side they would be more cooperative. He wasn’t wrong. A pain killer after being tortured makes tongues wag.

When the army found out about his techniques he was discharged without honor. They told him that if he didn't fight it he wouldn’t be charged with war crimes or lose his VA benefits.

Now Brendan is trying to adjust to life being out of the military. He is having trouble not reliving moments from his time in basic training and in Russia. Therapy doesn’t seem to be helpful. Now he’s waking up in strange places with no idea how he got there…. Or is it all in his head?

I received this issue as a Christmas gift from my in-laws. They thought it would be an interesting story to write about. Indeed it is.

This story gives us an interesting glimpse of what could have happened if a few things had taken a different turn in the Cold War. Covert missions into the Ukraine to take out nuclear missile silos would not be a stretch of the imagination.

What I really liked was how we got to see Brendan trying to do the right thing in a job that puts a great deal of emphasis on cruelty. It’s sad how being a good person is punished while individuals that get off on committing despicable acts seem to get rewarded.

The biggest complaint I have about the story is that it took a while to get into it. I’m chalking that up to where we are in the story. Even though the cover says issue #1 this is actually the sixth book in the series. When you arrive that late to the party you’re going to be missing some vital information.

The artwork on the cover is very fitting for this story. Brendan watching himself as if he is an observer was a theme throughout this issue. It’s not an action-packed cover. It does make one pause for a moment to wonder what is happening. That’s all you can ask for in your cover art.

The interior artwork is well done. I appreciated how Mr. Little used the yellow tones to transport the reader to the time when Brendan was in basic training.

Once I got to the meat and potatoes of this one I found it fascinating. As a geek on a budget, I would recommend North Bend: Season 2 #1 with a caveat. Read the original series prior to reading this book so you aren’t trying to play catch-up. 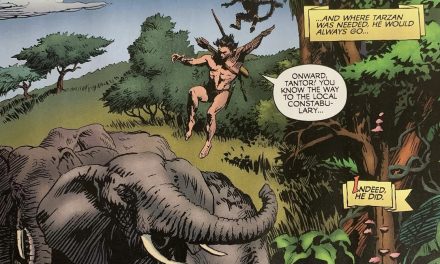 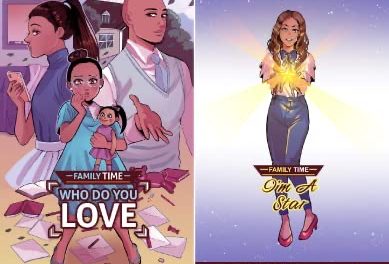