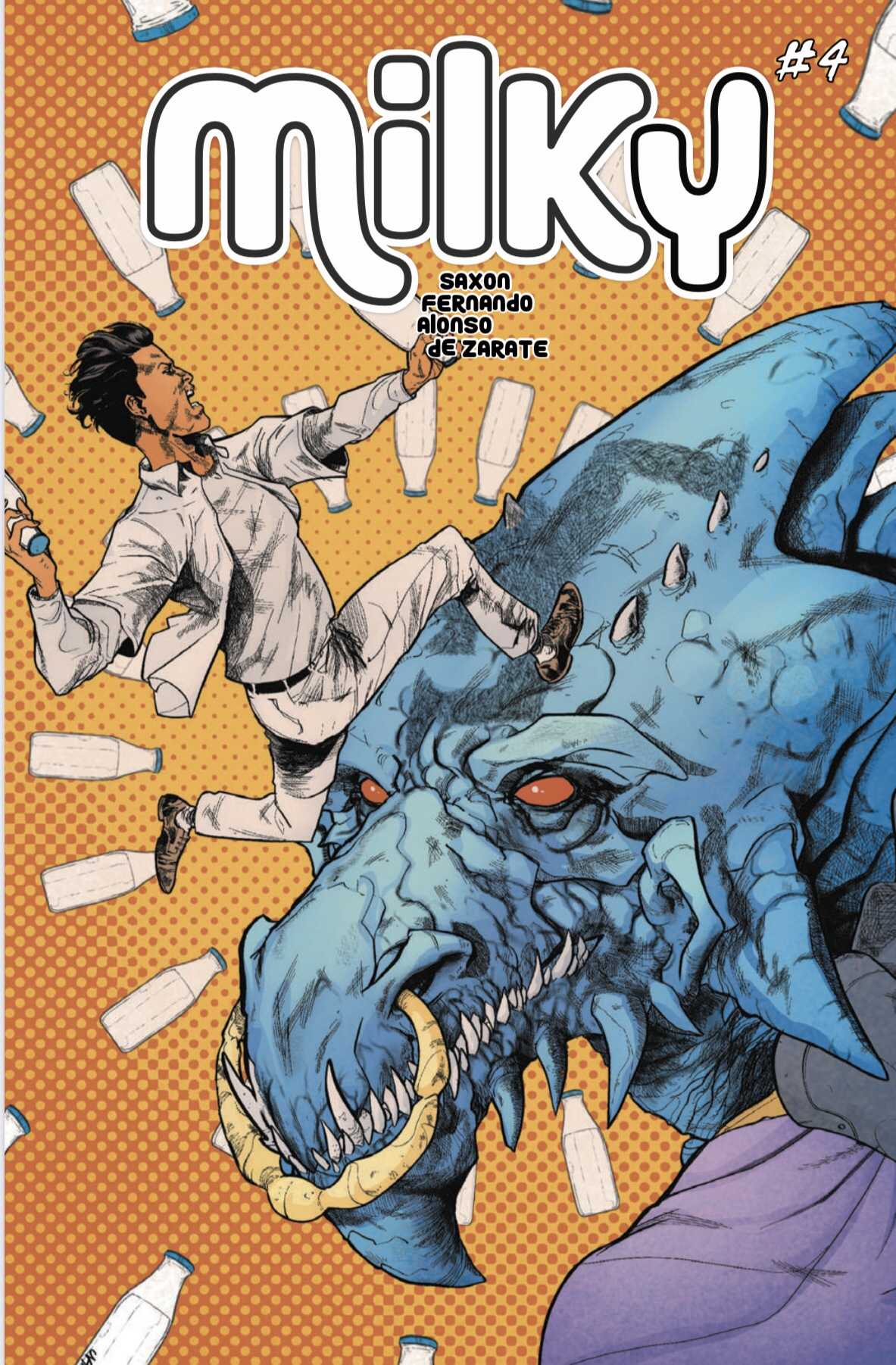 Joshua Saxon, author and creator of Milky,  was kind enough to send me a preview copy of Milky #4, the final installment in the Milky series. This has been a fantastic freaking series, and the final issue is no different. The tagline for the Milky series is “No powers, no armor, no self-esteem. Just one milkman versus the whole friggin universe.” Milky is the story of an ordinary milkman, who has low self-esteem and deals with the racism associated with being the son of immigrant parents. Milky was born in and has lived his whole life in Crafton Hill, a small town in England.  He’s the perfect nobody –  a milkman in an age when being a milkman is going out of style because you can just go to the store and get a gallon of milk. No one needs a milkman anymore.

However, the story of Milky and Crafton Hill begins on the day that aliens invade and steal all the women in town. Milky becomes our unlikely hero when it turns the aliens’ only weakness is cow’s milk. The whole series of Milky is about this battle with the alien invaders and Milky becoming the hero that, ultimately, lies within each of us.

Issue four just ties up the series beautifully. It’s not necessarily a happily ever after type of ending, because that just wouldn’t be Milky. However, while it is not a fairytale ending, it is a hopeful ending. All the characters and story threads are wrapped up

so nicely and with so much wit and humor from Joshua Saxon. This final issue pulls it all together so wonderfully. Milky is not a book that is necessarily meant to be taken seriously. It is not a masterpiece of literature, but it is a comic book with a lot of heart, a lot of humor, and a message in the end that we can all be heroes. It’s a reminder that on any given day we can be the ones that can change the world, or at least our community.

Milky #4 is currently live on Kickstarter, go support the campaign to get the full Milky Saga. You can also get issue #1 for free on Joshua’s website – milkycomic.com, by signing up for his email list. Before the Kickstarter launched, I had the opportunity to interview Joshua. If you haven’t already go back and watch it, it was a really fun interview, Joshua has an amazing sense of humor and wit about him.

In short, go read Milky. You won’t regret it.