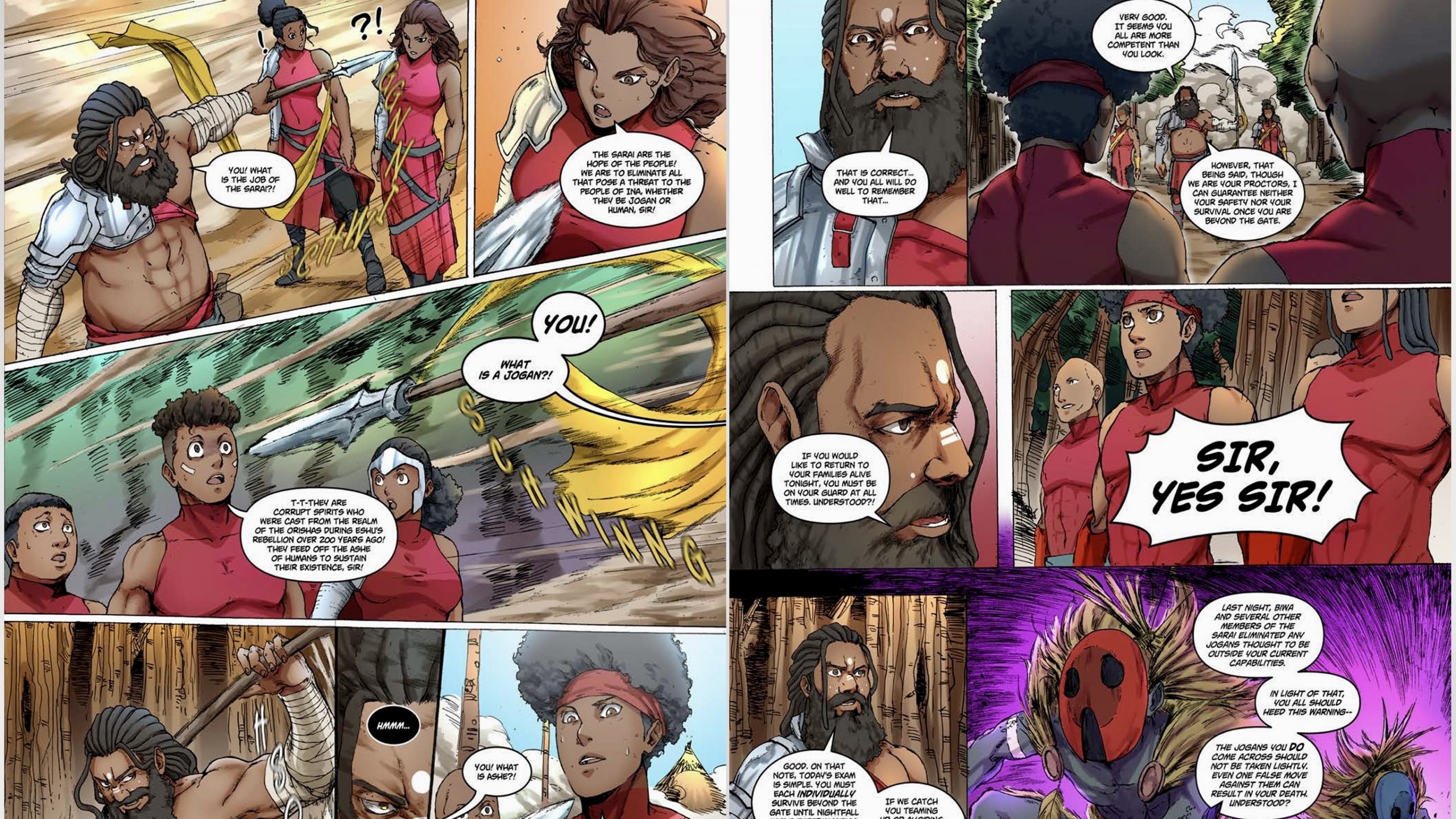 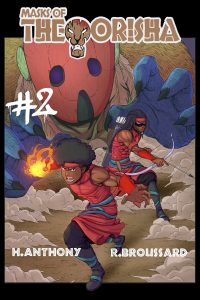 Book Description: This chapter of the story starts off with Ambu and Goda racing through an unnamed village, starting essentially where the last chapter ended, pre time jump. As Ambu and Goda finish the race they come across Towa, who evidently used his Ashe ability to cheat and beat them. Declaring a tie between Ambu and Goda, who was trying to decide who was faster. As Ambu, Goda and Towa await the Trials of the Sarai. It is announced who their Proctors / Judges are, the judges comment on the amount that have shown up and than proceed to give them their trial of the day. Eliminating Jogans. As they defeat their opponents Towa finds Goda and they discuss Goda’s actions and the possibility of being eliminated when another Jogan appears who and seems to surpass them in strength. As they run from the stronger opponent one of the Proctors who happens to be the Proctor in charge, one Lord Timbah, appears the eliminates the Jogan. As the young trainee’s revel in the victory brought on by Lord Timbah, he realizes something is wrong and tells the boys to run, as he is attacked from behind.

This story is a fascinating one, starting off where the first one ended, minus the time jump, we get to see what the first trial is.  While the trials themselves look interesting, the tribal war indications are an interesting twist.  The Ashe reminds me a little bit of something that would be considered magic.

I do like how there is still a healthy competition, but yet they still have each other’s back, even at the risk of getting eliminated when presented with a more powerful enemy.  I am a little disappointed that they killed a more powerful teacher of sorts at the end of this book, but everything happens for a reason.

The cover art is very well done, and once you read the story, is essentially a synopsis of what is going to happen.  None the less it is eye catching and interesting!

The interior art matches the cover in detail, style and skill! As well as doing an excellent job at conveying what the characters are going through as they fight the enemies they face. Making it pleasing to the eye while following the story!

Overall seeing how the main characters progress, both in skill and in Ashe ability makes the reader want to invest in the characters, this is a good thing because it makes the readers wanting more.  It will be interesting to see where this goes, and how we get to the point that is highlighted at the time jump at the end of the first book!