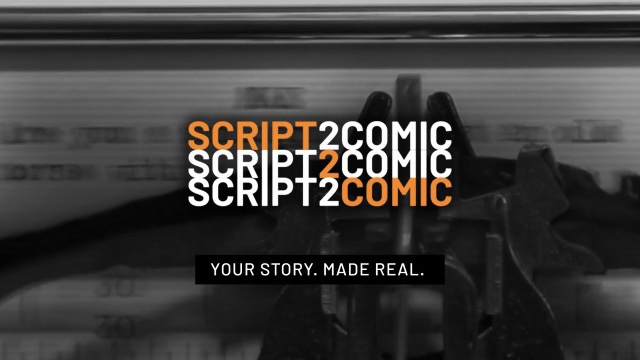 SHIVER, the new horror anthology series from indie publishing powerhouse Scout Comics (Unikorn, Henchgirl, Once Our Land) will sponsor the Grand Prize Winner of Horror2Comic’s inaugural season. The series has stories lined up from some of the top writers and artists in horror across comics, television and film. At least one winning entries from the August 31, 2022 Horror2Comic Contest will be featured in the comic series. Horror2Comic is a genre-focused spinoff competition from the team behind the Script2Comic Contest, founded in 2020.

The Horror2Comic Contest offers winners a chance to see their screenplay, teleplay, short story, or comic script come to life as a comic book, limited series, or graphic novel. The comics will be published by Scout Comics and put into development as a film or television series by one of the contest sponsors. This year’s Premiere Sponsor Scout Comics is seeking genre-bending horror stories to join its anthology series SHIVER to debut in 2023.

Overseeing the contest for SHIVER will be its Editor-in-Chief, Joshua Malkin (Cabin Fever 2):

“There’s no experience quite like being huddled up on the couch or in a theatre with a group of friends anticipating a good scare,” said Joshua Malkin. “It’s what excites me most about horror, it’s the genre of unpredictability. It’s all about throwing the audience off balance at the most inopportune time. With SHIVER, we’re looking to deliver that within a comic and discover the next great horror franchise.”

This year’s Grand Prize trophy is a custom metal-cover comic and a metal cover of the Winner’s book. The winning comic series will be printed by Comic Impressions and published by Scout Comics & Entertainment, the company behind hit indie comics Unikorn, Long Lost, Henchgirl and Once Our Land, which is seeing an animated adaptation from Mercury Filmworks Studios, the company behind The Cuphead Show! and The Bob’s Burgers Movie. Winning titles will be available in comic stores and bookstores throughout North America, through Scout Comics’ distribution deals with Diamond, Lunar and Universal in the direct market (comic stores) and Simon & Schuster in the bookstore market.

“Most people don’t realize how many of their favorite monsters and scares started as comic books: classics like Tales from the Crypt, The Walking Dead, 30 Days of Night, Hellboy, Blade,” said Scout Comics’ Chief Creative Officer Don Handfield, founder of the Script2Comic and Horror2Comic contests. “We hope to continue that tradition through our work, alongside the powerhouse judges and veterans of the genre at SHIVER.”

Early Bird Entries open August 31, 2022 exclusively through www.coverfly.com, and extend through the Final Entry Deadline November 30, 2022. Winners will be announced on or before April 30, 2023. For more information or to enter the contest, please visit: www.horror2comic.com

REVIEW: Masks of the Orisha Chapter 2
REVIEW: They Called Us Enemy
Sponsor