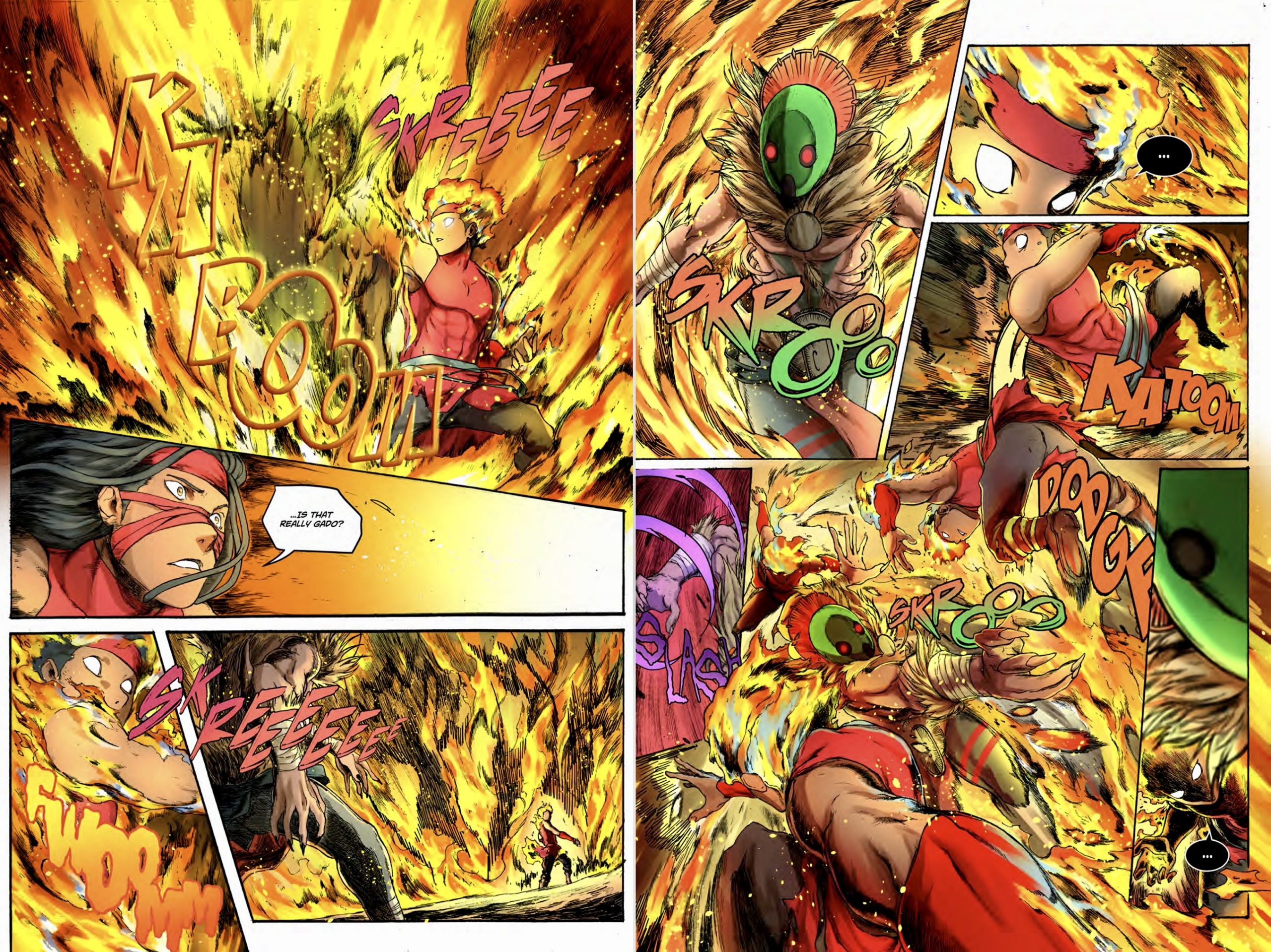 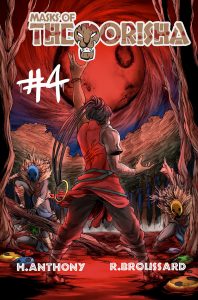 Book Description: This story, like the one before, takes up right where the previous left off, which has been quite the nice feature. Biwa had just defeated the Jogan, only now the gate's emergency horn is now sounding. As Gado and Tiwa run towards the gates, Biwa is standing there next to the body of the fallen Lord Timbah. Biwa looking at the Jogan champion who at this point is cowering in front of Biwa. Gado and Towa stop to discuss something when they realize that this was a much bigger attack and run towards the direction of some noise to discover Ambu, who is saving her own trainee’s from being attacked, and gets hurt in the process. Gado, having left Towa behind in a run, and having discovered Ambu hurt has suddenly gone on the offensive and released his ashe power during a fit of emotion, that it is making Ambu and Towa take a step back due to the heat that Gado is giving off, and then the event ends with the death of the Jogans and the collapse of Gado. When Gado awakens he discovers that he is back at the gates and see’s Towa and Ambu, and hears that the exam has concluded. Lord Timbah is miraculously alive but needs additional medical attention and that official ceremony proceedings to welcome them into the Sarai will wait for a better time. After Gado, Towa and Ambu greet each other with pleasantries. When we the readers are treated to a wonderful plot twist… Biwa beating up the Jogan champion who is still cowering, with Biwa saying that they had one job and failed it, and that what happened was not part of the agreed upon deal, followed by a threat…

The cover art shows the back of Ambu as she faces encroaching Jogan, and she is ready for a fight.  It is a wonderful eye catching red, and since red is a sign of emotion and anger, I feel that it fits the story perfectly..

The interior art continues with the wonderful style of the previous chapters, but as the battle rages on and the emotions run higher, the blend of colors that reflect the actions and emotions continue to impress.

This story highlights more of the war yet to come.  War in itself can be very stressful and have residual side effects, both mental and physical.  The emotional strain of Ambu getting hurt triggered the power potential that Gado has, though he doesn’t seem to recall afterwards, as if his emotional strength blocked out his memories.

The power Gado releases to save his friend is nothing short of amazing, in terms of the story, and this continues to remind me of the mutants in the marvel x-men stories, since the mutant abilities tend to be heightened and stronger during strong emotional situations.

Overall the story continues to improve and make the reader invest more into the characters and what’s going on around them.  We still have not seen what has led to the point of Ambu and Gado chasing down Towa, but the betrayal of Biwa I feel is a very big step into that direction.

I look forward to more chapters and seeing how this continues to play out!