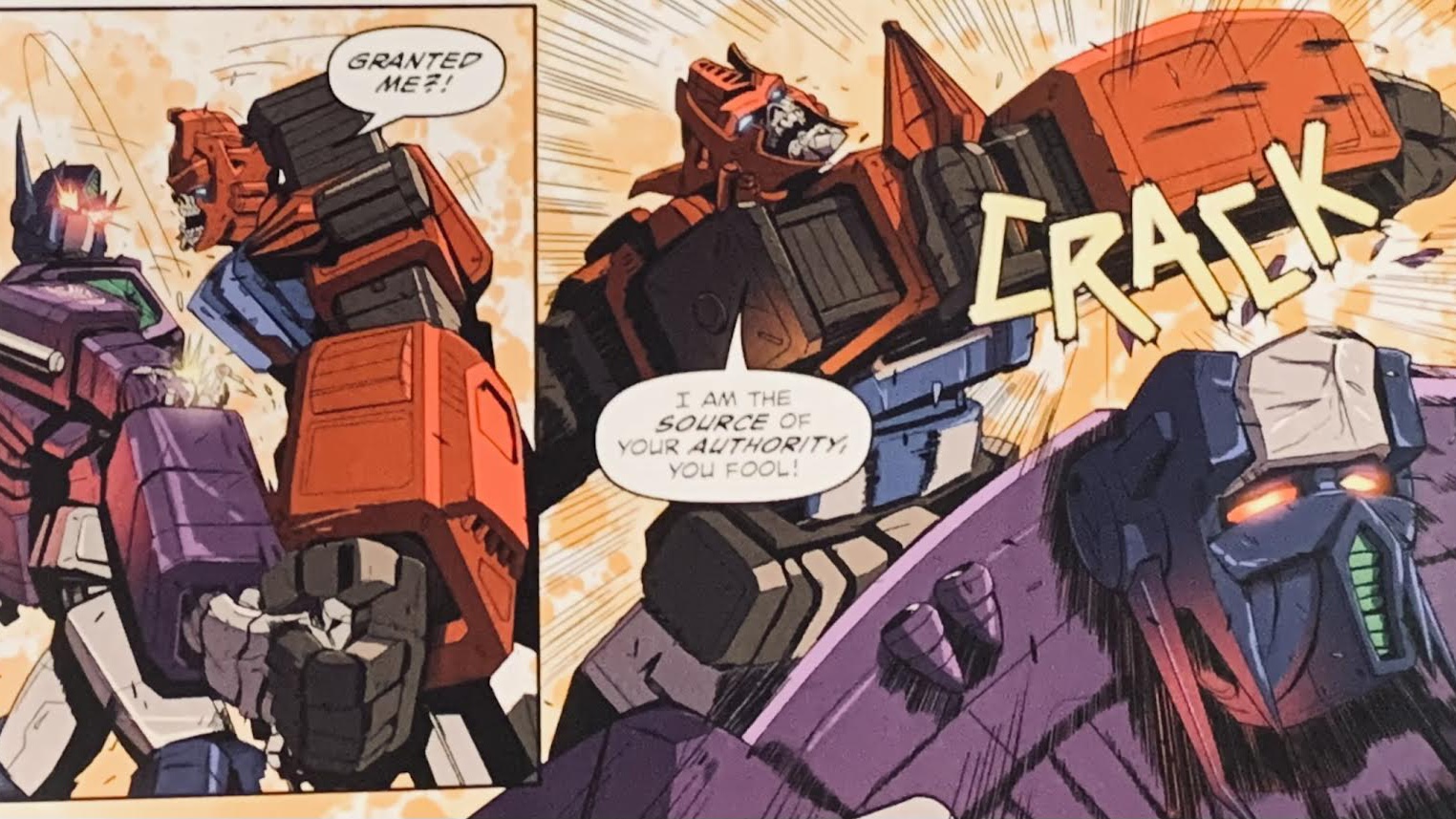 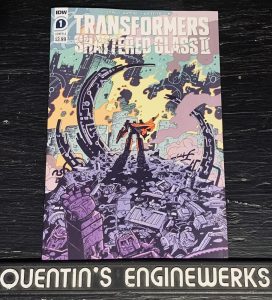 Book Description: In “Transformers: Shattered Glass” we got to see all things related to our favorite Cybertronians in a different light. The Autobots were the power hungry tyrants while the Decepticons were trying to keep the peace. The series concluded with Starscream being killed; but not before he could awaken a Titan. In “Transformers: Shattered Glass II” everyone is focused on the Titan. The Autobots and the Decepticons know that the side a Titan chooses to support will have quite an advantage. While all of this is transpiring, Ultra Magnus sees the opportunity he’s been waiting countless cycles for. It is time to make his move!

The release of “Transformers: Shattered Glass II” is bittersweet to me. The downside: due to a licensing contract that is about to expire, this may be the last new comic book content we get from the Transformers franchise for quite a while. The upside: If it’s anything like Mr. Lore’s first installment, prepare to have your hair blown back as it goes out with a bang.

We see very early on that Ultra Magnus is on a mission in this issue. At the conclusion of the book, I’m still uncertain what his endgame is. While we are waiting to learn more about that I’ll have to settle for watching him beat the spark out of Optimus Prime. I always thought Ultra Magnus had a lot of potential to be a great Decepticon. It was nice to see a glimpse of what that would have been like.

I enjoyed the artwork on the cover for this issue. Ultra Magnus with a pile of parts that used to be functional Autobots. He’s not pulling punches. He’s not taking prisoners. The way he was portrayed when Brandon Easton wrote about him was fascinating. This rendition of the character takes it to another level.

The artwork on the interior pages was rock solid. I appreciated the detail in the linework in the hologram on Ultra Magnus’s face. The thing that sets “Shattered Glass” apart from the other series in the franchise  is how we get to see the different color schemes and character designs. It took a bit to get used to seeing Shockwave with two eyes.

As a geek on a budget I would strongly recommend checking out “Transformers: Shattered Glass II”. It’s a great opportunity to get a glimpse of a Transformers universe that could have been while getting to know some characters that may not have received as much attention during the original run.