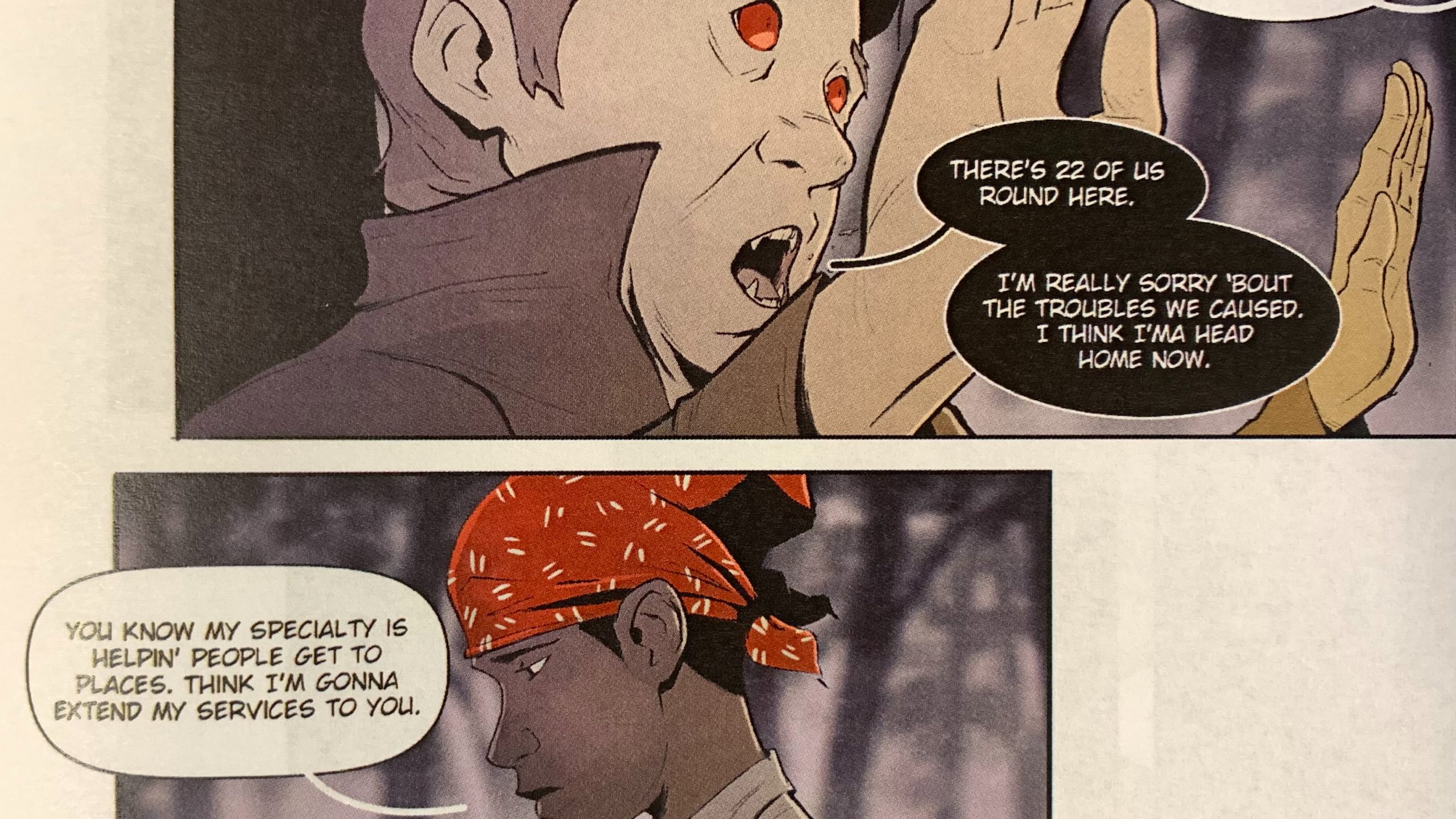 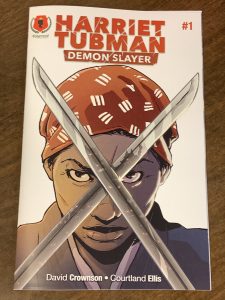 Book Description: Our story begins in Charleston, South Carolina. The year is 1860. The cancer in our country that is slavery won’t be abolished by Abraham Lincoln for another three years. The Edgefield family, Caesar, Catherine, and their daughter Venus are fleeing to get to the promised land: The North.

There they won’t be viewed as someone’s property. The wages they earn are theirs to keep. If another child blesses this family it won’t be cursed with the moniker of the title, slave. But first they have to get there.

The family is barely off of the plantation owner’s land when they are discovered by three individuals. It’s these individuals' job to dissuade slaves from escaping. Having prepared for this contingency, Caesar and Catherine draw up firearms and shoot them.

That’s when we see the true nature of these individuals. They are vampires. Rather than giving the Edgefields 15 lashes for trying to escape they are opting to dine on the family. Before that can happen, a woman appears on the path: Harriet Tubman.

Harriet tries to negotiate the release of the Edgefields. When that doesn’t work she’s for to use more drastic measures.

Social media can simultaneously be a blessing and a curse. With the way, the algorithms work it’s possible to see something once and not see it again for months, if ever. I have learned to take a screenshot of anything that catches my eye. Otherwise, it can be forgotten about forever.

I learned this trick because of Harriet Tubman: Demon Slayer #1. I saw a post about it on social media when it was about to be published. I made a mental note to order it the next time I saw a post about it. Then I saw something shiny and forgot about the book. A promotional post for issue six came across my radar. Now I have some catching up to do.

Historical fiction has always held a special place in my heart. I love the “what ifs” that come with it. This book is no exception. There isn’t a lot of time for character development, but we still get a feel for Caesar Edgefield. He’s a man that loves his family and will do whatever it takes to ensure their freedom.

We don’t get to know Harriet as well as I’d like. By virtue of her being the title character, I’m sure that will change as the story progresses. Watching her in action I’m pretty sure she could catch a Weeping Angel in motion.

I’m very fond of this cover. Harriet’s piercing stare makes the book jump out and make you notice it. Having the creatures’ reflections on her swords is a nice homage to Todd McFarlane’s cover on “The Incredible Hulk” #340.

The artwork on the interior pages wasn’t as detailed as some of its contemporaries. Given the nature of the story and how graphic some panels would have been, it’s not a bad thing.

The story moves along at a lightning-fast pace and is very easy to fall into. It surprised me how quickly I reached the end of the issue. As a geek on a budget, I believe Harriet Tubman: Demon Slayer #1 is worth checking out. It has action, humor, and a unique take on one of the most important people in American history.

You can get your copy of this great book at: