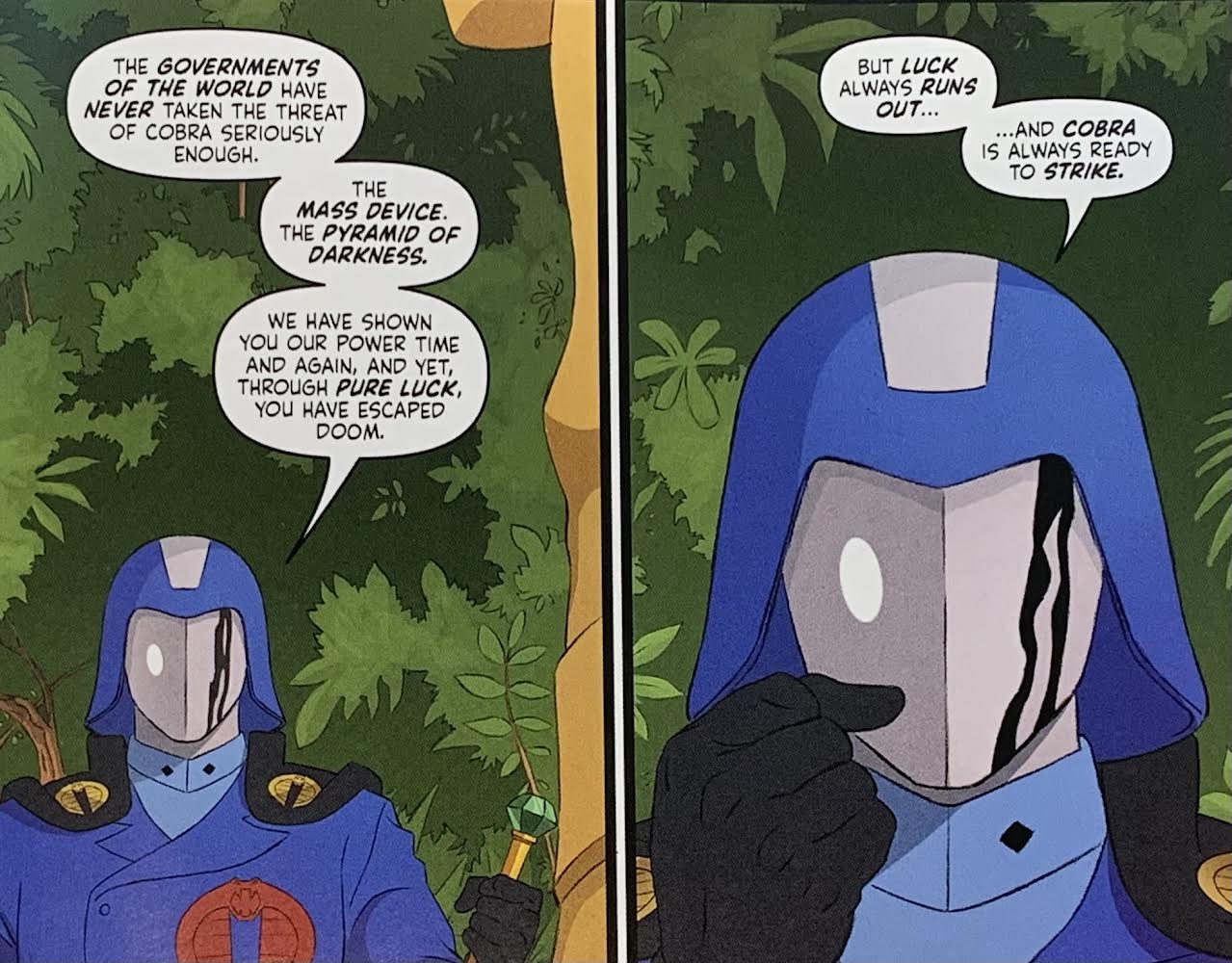 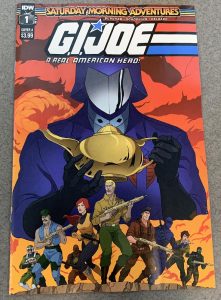 Growing up I loved G.I. Joe. I watched the cartoons. I read the comics. I played with the toys… a lot. There were so many that the playroom looked like the beaches of Normandy on occasion.

This story falls right in step with the cartoon I came to set my afternoon schedule around. Like most of the bigger story arcs, the beginning primarily focuses on Cobra and how their plan should be foolproof. If you’re looking for a lot of your favorite Joe in this one, you will find yourself somewhat disappointed because of how much Cobra gets the attention in this one.

The true G.I. Joe fans out there won’t mind because we’re getting lots of Easter eggs thrown our way, including references to the M.A.S.S. Device and the Pyramid of Darkness. Additionally, all of the dialogue instantly turns the clock back 30 years as we see Roadblock is still rhyming and Cobra Commander is still hissing on every “S” syllable.

The cover artwork is something that you would expect to see on a movie poster. It’s clean, crisp, and clear. We get a hint as to the nature of Cobra Commander’s plot without getting too many spoilers.

When the basis for the book is to capture the nostalgia, matching the artwork to the cartoon becomes everything. Hell hath no fury like a pissed off fanbase.

I am happy to report that G.I. Joe fans can put away their torches and pitchforks. The interior artwork is so spot on you will find yourself hearing the background music from the show as you go through the book.

As a geek on a budget and self proclaimed avid G.I. Joe fan, I must say that this is a must read for anyone who is a fan of this franchise. With a cover price around $4 you get a great sense of nostalgia. It’s also a great opportunity to introduce your children to the franchise. Then they can become Jedi, like their parents before them.