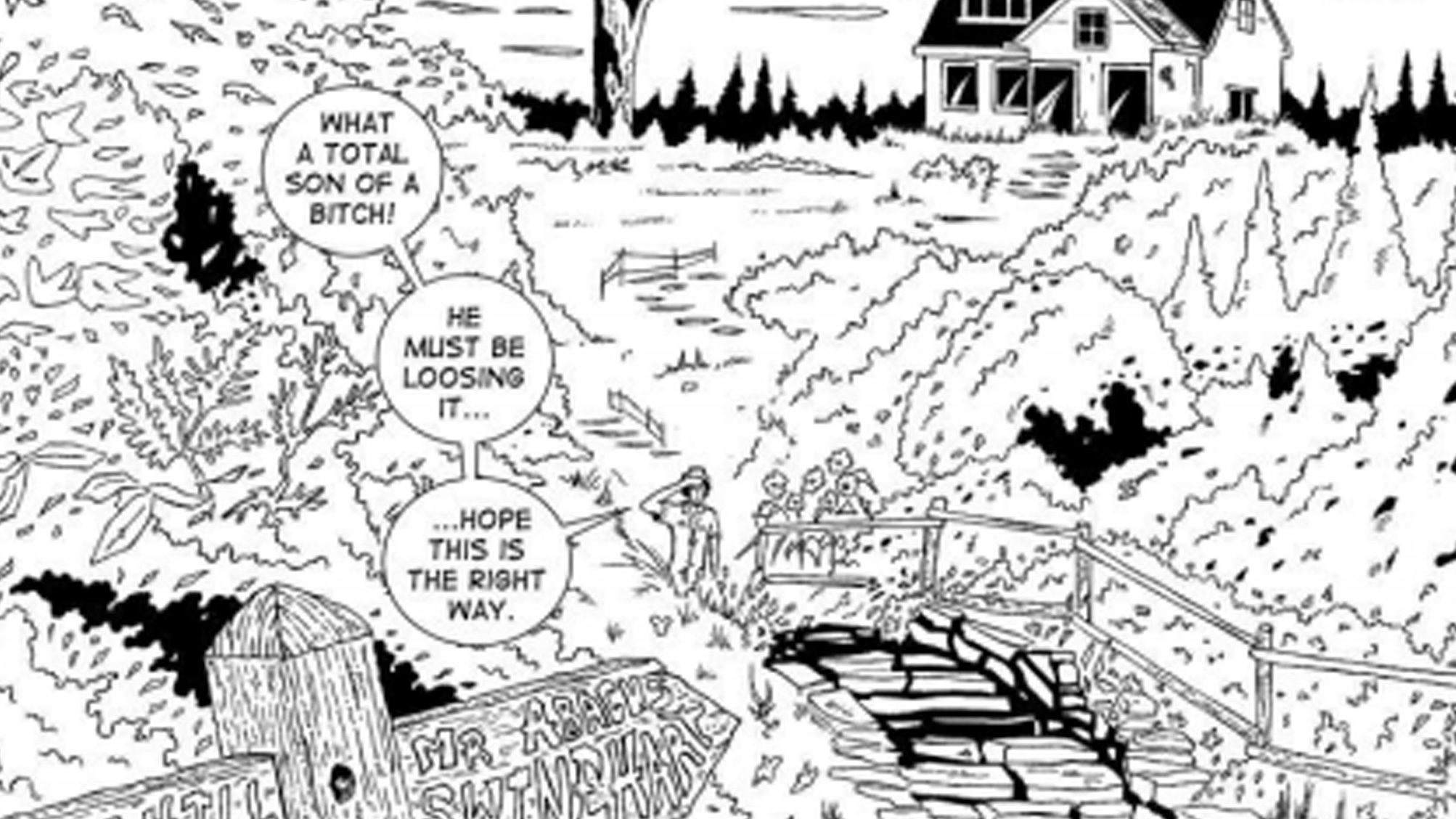 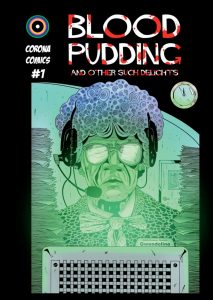 Book Title: Blood Pudding And Other Such Delights #1

Book Description: Corona Comics is a UK based, small press, comic publisher powered by the creative talents of Lee H H Cope. There’s an eight title series ‘Beyond The End Of My Street’ already on the stocks. ‘Blood Pudding And Other Such Delights’ is the second title from the same stable. There’s an off the wall, rather unique, almost psychedelic theme that runs through the titles and Blood Pudding And Other Such Delights certainly continues with that groove. The main characters in the story are; but not the cute, genteel type. These individuals are disturbed and unpleasant both physically and mentally. They definitely deviated from the path of ‘normality’ a long time ago so that when we find them in the pages of the comic they are very much ensconced in a version of reality that is unique to themselves (and grotesque to anyone else). Abacus Swinehart, the central character of the story lives on the isolated Crab-Apple Farm. Elderly and physically failing in particularly unpleasant fashion we see him dealing with the staff that come to visit him to carry out health and care duties. He is odious in the extreme. It is however, what happens as the staff are leaving the farm that dials up the tone from elderly and unpleasant to very sinister. At this point we are introduced to another elderly character, Gwendoline, a lady with a shady past who runs a phone in ‘help-line’ at a care centre. The link between the phone in host and Abacus is not immediately apparent until he uses the help-line to recount his back-story. He appears rather disturbed and sinister in a way not shared by earlier callers. Through the call, we understand what has happened at the isolated farm in the past that led to the current gory situation. Of course the phone in host does not believe Abacus and his outlandish tale but the reader sees the veracity of the story right at the end - via a dish of stew.

The story starts, rather unusually with a passage from the bible, Matthew 8; 28-34. Yes you guessed it, it’s about Jesus, demons, the possessed and pigs! It certainly grips the attention well.

We see a nurse visiting the rather disgusting Crab-Apple Farm and it’s equally disgusting, elderly owner Abacus Swinehart.  His cantankerous, unpleasant demeanour soon has the nurse leaving the farm in high dudgeon but on the way from the isolated farmhouse back to the main road she comes across Acorn, the cute piglet. Things go downhill from there.

Next, we meet Gwendoline, an elderly local radio phone-in host. One of her callers is Abacus and the fantastical story he recounts, in a rather sinister way, gives us the back-story to the current day goings on at Crab-Apple Farm.

The comic has an off the wall manner to it that rollercoasters through cranky to unpleasant to sinister back to cranky before finally coming to rest at sinister.

The characters don’t really have a transformative arc but we do see how each of the main characters was in the past and can kind of imagine how they ended up in their present states. Maybe in volume 2, which I think is due out shortly, we’ll see character progression.

The dialogue is very well written, characterful and effectively reinforces the characters personalities.

The art is black and white and quite simplistic in style but it does have a real vibrancy and effectively conveys the disturbed spirit of the tale.

As it’s in black and white and a horror based story it may have been possible to make some of the panels darker and/or maybe just use really strong iridescent colour on certain elements whilst the rest remained in black and white. The cover art is rendered in this manner and the creepy green/blue glow works very well.

The story uses flash back and cuts from one character to another very well as it completes the plot line arc.

I like horror as genre and found Blood Pudding And Other Such Delights a great read. I’d certainly be keen to see how the plot line develops for the noxious characters in future volumes.