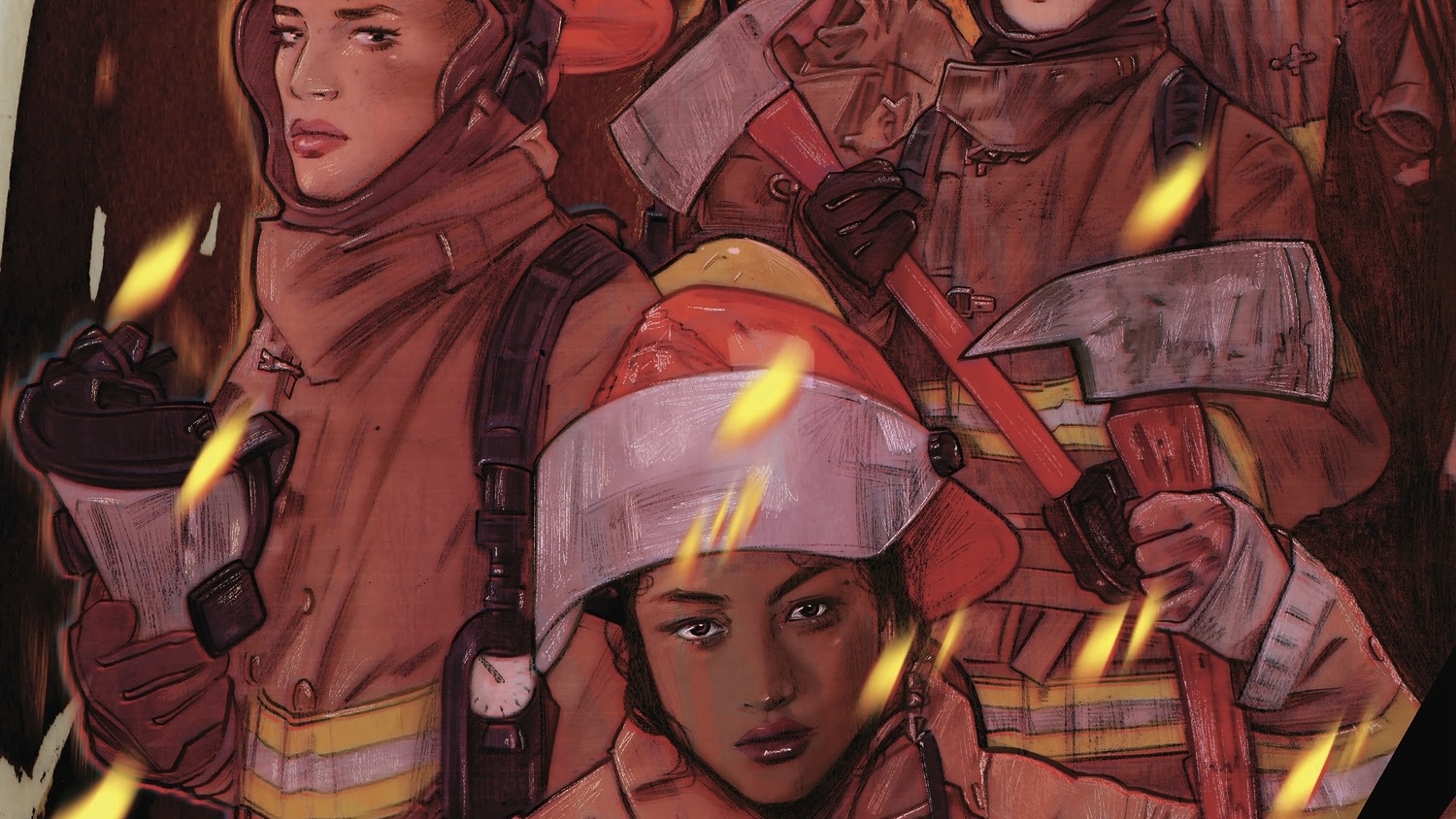 Desperate people, desperate situations. In Dark Spaces, Snyder explores the decisions made—and irreversible actions taken—when the walls are closing in, when knuckles are white and teeth are bared. Each character-driven entry in the Dark Spacesanthology series is a fully contained, standalone story written by Scott Snyder. Championing the new generation of comic creators, Snyder will curate additional future projects fitting the Dark Spaces theme from promising young writers and artists.

“With Dark Spaces, I wanted to do something different. This is a chance to tell dark, grounded, character-driven stories that are totally unique. Plus, I wanted this to be a book where I could collaborate with a terrific up-and-coming talent like Hayden,” says Snyder. “It was also important to me to be able to hold the door open for even more new writers and artists. That’s why Dark Spaces: Wildfire is its own story, but will also mark the beginning of a line of new books featuring other writers and artists curated by me. Mark Doyle and IDW saw the vision and have been amazing partners in helping me build this space.”

Dark Spaces: Wildfire is set six weeks into the slow burn of the historic Arroyo fire and introduces a crew of women from an inmate firefighting program risking everything on the frontlines.Their newest recruit—a white-collar convict with a deep network of shady dealers—discovers that they’re mere miles from a former associate’s abandoned mansion and proposes a plan to abandon their duties and hunt for riches under the cover of smoke and ash. The team must decide if they’re ready to jeopardize their one sure path back to normalcy for a score that would truly change their lives… But is this a flicker of fortune or a deadly trap?

Sherman says, “Dark Spaces: Wildfire is a remarkable book, and working alongside Scott continues to be a joy. I can’t wait for everyone to see what we’ve got in store!”

“Scott and I have told a lot of stories over the years. We knew that we wanted to work together again, but we wanted to do something new while giving someone new a chance to shine…and that’s Hayden,” says Mark Doyle, editorial director of Originals. “This is the kind of work that makes you stand up, pay attention, and want more!”

Dark Spaces: Wildfire will be published monthly from July through November, with subsequent to-be-announced Dark Spaces storylines debuting in 2023. The first issue of Wildfire will be available with multiple cover variants for retailers and fans to enjoy, featuring artwork by Hayden Sherman, Andrea Sorrentino, Liana Kangas, and Tula Lotay.

For information on how to acquire Dark Spaces comic books from IDW, please contact your local comic shop or visit www.comicshoplocator.com to find a store near you.