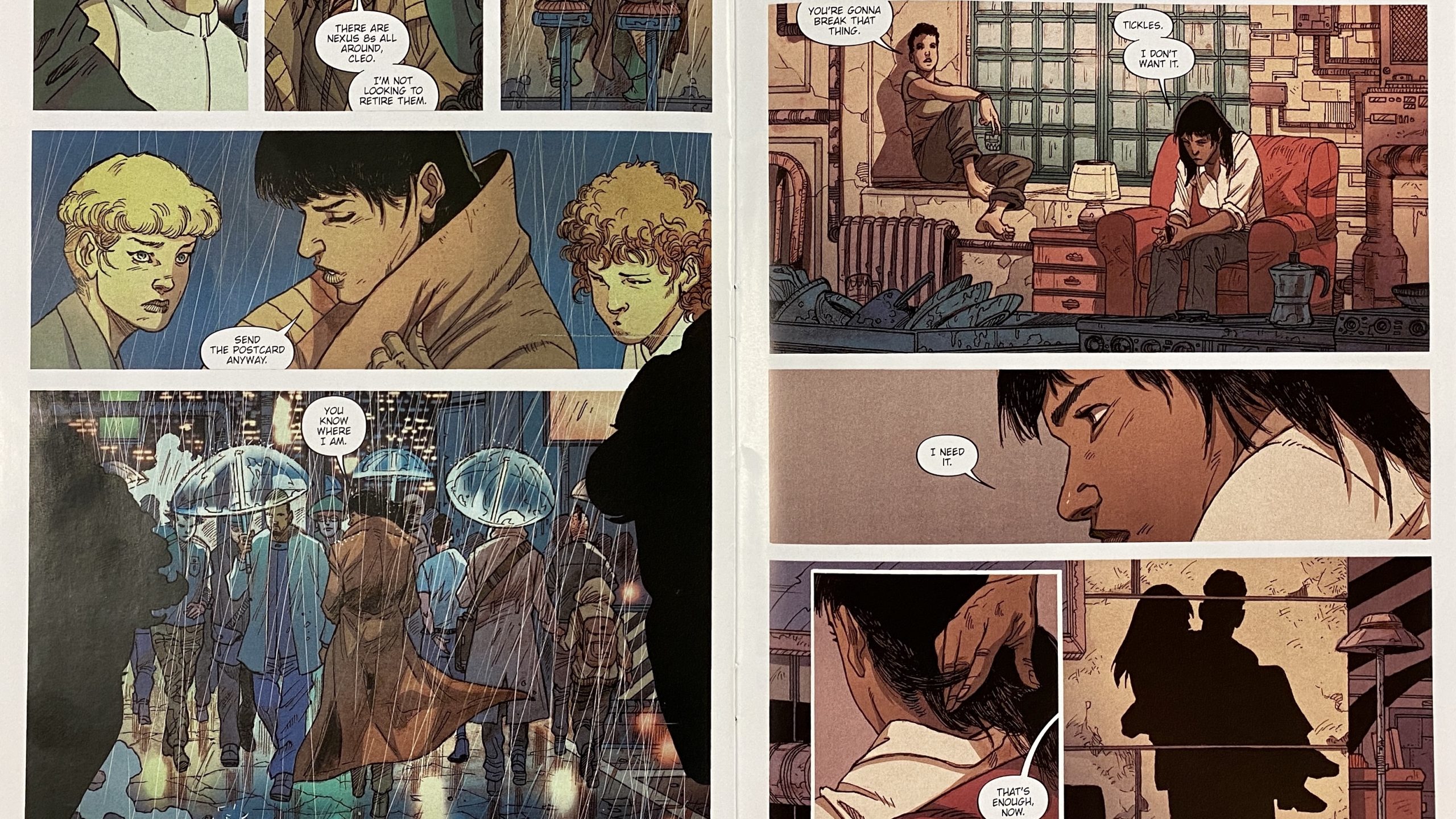 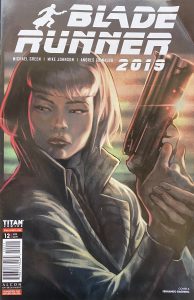 This is issue 12 in the series and while I admit that I am coming to the series late, it is quite intriguing nonetheless.  The original movie with Harrison Ford is an outstanding movie and a cult classic.  This story seems to take place in the same vein as the sequel movie did, and while name dropping Tyrell, it does not center on him, or the original characters.  Making this a separate story just set in the same time frame as the sequel movie.

Which I think is a wonderful thing, as we all know we have had a lot of movies and sequels set around a particular person or group in the sci-fi world and so a change in pace added fresh views and fresh characters to the story.

While this issue has the prologue at the front, it does bring the reader up to speed on previous events.  The prologue helps the reader understand what is going on in this particular book.  Leaving no one behind and wondering what is going on.  Making this issue very well written and holding the interest of the reader.  As I read this particular story I became invested in the well being of the Blade Runner themselves, piquing my interest into previous issues as well as issues after this story to see what further adventures this Blade Runner gets into.

The cover art is intriguing as it shows the classic Blade Runner pose and weapon, showing a female detective appearance, looking like they are ready to pounce around a corner or door as they track their impending target.  As a Blade Runner fan that was the first thing I saw and made me want to read more!

Both the Cover and Interior artwork combined elevates this book and story to a level that matches the movies perfectly, and that in itself is a major part of any reason fore any Blade Runner fan to follow this series!