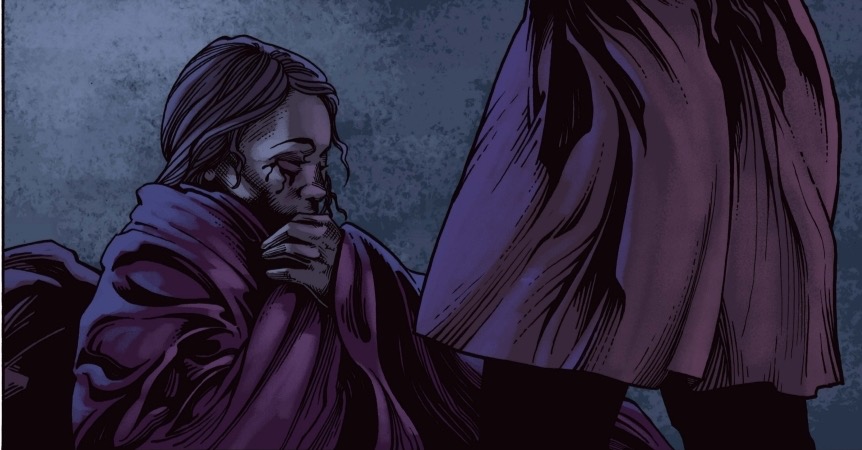 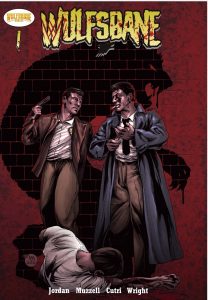 Book Description: While on a murder investigation, two detectives narrowly avoid their demise at the hands of a werewolf. As the beast kills for the first time, a vow is made to hunt it down or die trying.

Wulfsbane # 1 by Aaron Jordan and Thomas Muzzell is a well-crafted mystery with noir and horror elements. The story is engaging and builds piece by piece to an ending after the first issue that will leave you satisfied but not satiated. You will want more.

The story by writer/creator Aaron Jordan is the strongest part of Wulfsbane. The pacing hits on every beat. Adding to the overall story while building the characters at the same time. The tension grows as our knowledge of what’s going on does. And the end perfectly sets up the next issue.

Interior art by Thomas Muzzell does the job. It won’t wow you, but you won’t scratch your head either. It works well with the colors used by Alexander Cutri. Overall, it is a solid effort, but it doesn’t rise to the same level of the story being told.

The cover, like the interior art, does the job. Just not in a spectacular way. It may grab interest but not the level the story deserves. Still, it’s a solid effort that leans on the noir elements of the comic with a nod to the horror elements of the series.

Dialogue is in line with what you would expect with the type of story. Aaron ratchets up convention to the height of the genre without being boring or rehashing cliches to make the story predictable. The main characters have standard dialogue for detectives in this type of setting; the way it’s used in the confines of the story makes it so unique. It is familiar but specific to this comic at the same time.

Mechanics and editing work well; everything makes sense. Wulfsbane is easy to read and flows well. The comic is logical in layout and design. There aren’t any glaring grammar or spelling issues. Pretty much just a joy to read.

Wulfsbane #1 is an excellent noir-style horror comic. With great writing and functional art, you will undoubtedly become engrossed as the story unfolds. And you will want to read the next issue.