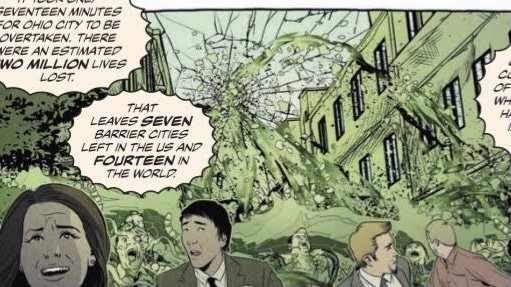 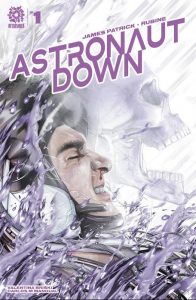 Book Description: Humanity is on the brink of extinction. A quantum cancer that defies the laws of physics has decimated the world’s population. It behaves like a tsunami that came inland, infecting everything that came across its path. Those infections triggered chain reactions. A handful of cities around the globe managed to create barriers to keep the cancer at bay. After the barrier in Ohio was breached there are only 14 cities left. Time is running out. A team of astronauts is being selected for a mission to save the human race. The training has been vigorous and only three will be chosen. The ones not selected are the lucky ones. This mission is sending the astronauts into the unknown for a job they most likely won’t come back from alive. That’s why the world needs Douglas Spitzer. He doesn’t want to die; but he’s willing to do what’s necessary to ensure humanity’s survival.

“Astronaut Down” hits the nail on the head when it comes to showing how people act in a crisis. We have the religious zealots saying, “Do nothing” because it’s God’s will. We see people looking for someone to blame. We also see those that are doing everything in their power to make things right.

At the end of the day, it doesn’t matter who or what caused the crisis. Doing nothing shows God you don’t care enough to try to survive. The only truly viable option is doing everything in your power to help.

That’s exactly what Spitzer is doing. He’s lost a loved one. With this much of the population dying from quantum cancer, everyone has. All that’s left to do is keep pushing forward to make the world a better place.

When I first saw this cover in previews on social media I immediately told my local comic book store to put one on hold for me. My youngest would describe it as creepy, but cool. I say it looks like a movie poster for the R rated “Toy Story” we all deserve.

No matter how you describe it, Rubine has announced his presence with authority on this cover. It’s vivid. It’s eye-catching. It has the potential to be one of the most iconic covers we’ll see this year

Rubine didn’t decide it was “Miller Time” after finishing the cover. The interior artwork is spot on from cover to cover. We get great detail in the panels with the astronauts in their suits coupled with great facial expressions when they are interacting with civilians.

If you hurry you may be able to get the first issue of “Astronaut Down” added to your pull list for next week. As I geek on a budget I’m here to tell you it’s money well spent!