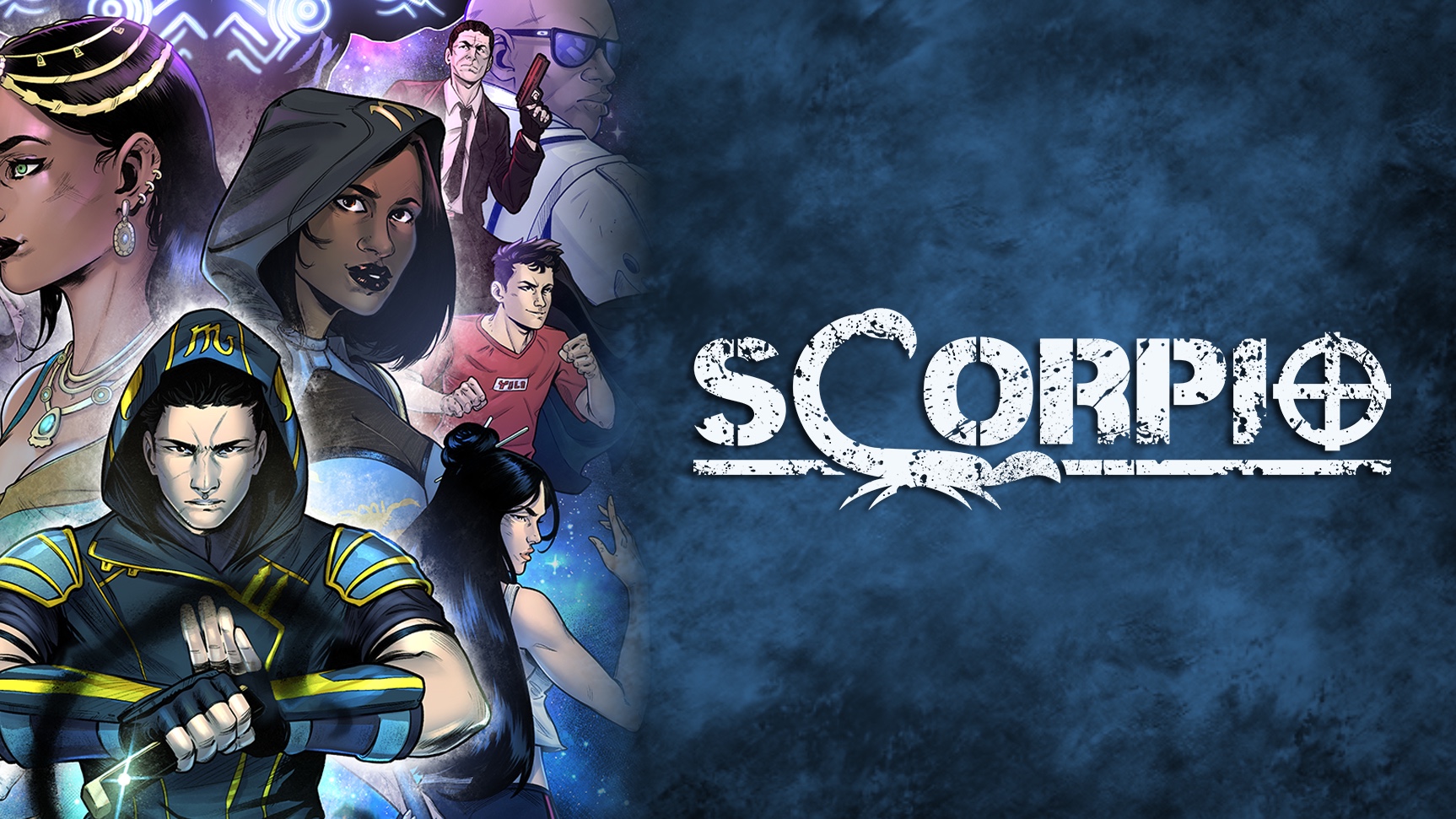 Back now on Kickstarter here

Scorpio is a full color, urban fantasy action comic about an ambitious young CEO named Daniel Shim. who finds himself entangled with the mystic mysteries of his family legacy. Though intending to avoid the truth of his family past, it is discovered that he holds the ancient Scorpio relic known as the “Sword of Shadows,”  one of 12 that are affixed to the Celestial powers of the Zodiac. With this revelation, Danny now must face his past or lose everything that he holds dear.

Created by Writer John Robinson and illustrated by Marco Zuffraneiri with colors from Viviana Spinelli, Scorpio is a comic that seeks to integrate all walks of through the signs. Everyone has a Zodiac sign and so everyone is represented. In addition, Scorpio’s cast features cultures from all around the world, further integrating that idea of diversity and oneness with society on earth and the stars above.

John Robinson IV is a writer of 10+ years who has been writing comics for the past 3 with Scorpio as a primary project. He believes in using writing to explore profound truths while asking questions that he hopes will provoke thought and stir emotion. Diversity and inclusion is a prime focus of his storytelling and as such seeks to include people from all walks of life while telling fun, and adventurous stories He runs a Writer’s Chat via Twitter Spaces every Wednesday at 6PM EST and a writing podcast called Beyond the IVWall of Writing.

Scorpio is edited by Andrea Smith, who has worked on Beautiful Soldiers and is currently working on her own comic project.. It’s drawn by Marco Zuffranieri, student of Spider-Man: Miles Morales co-creator Sara Pichelli, and colored by Viviana Spinelli, who is an animator and has worked on projects such as Titan comics’ Doctor Who.

The kickstarter will give fans the opportunity to grab Scorpio Vol. 1 featuring issues 1-3 in an edition that contains additional art and behind the scenes commentary as well as a host of other amazing rewards such as clothing, variant covers, art prints, and more!

REVIEW: Astronaut Down #1
The Dog Days Of Summer Are Here! BUSH LEAGUERS Is Coming Soon From Scout Comics!
Sponsor