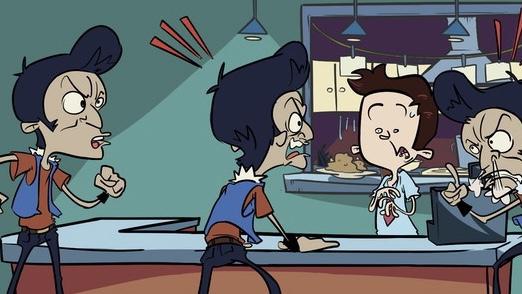 ‘The Comic of Eli’ is the latest comic book launched on Kickstarter, at https://www.kickstarter.com/projects/elithomas/the-comic-of-eli-the-not-so-glamorous-world-of-hospitality, but with a special twist. Unlike conventional comics, this is not a fiction book with superheroes. Instead, ‘The Comic of Eli’ is an illustrated account of real-life stories about the day-to-day activities in the hospitality industry and how surreal they may get.

Written by Eli Thomas, this comic book reads more like an amusing biography of a hospitality industry insider, which could also be the story of so many other people working in restaurants, bars, hotels, and in customer service in general.

“Customers rarely imagine how crazy working in hospitality gets. From customers expecting a just-ordered pizza to be immediately delivered to distracted staff that make colleagues and managers sweat and feel anxiety due to their lack of attention, everything happens behind the counter”, said the author of ‘The Comic of Eli’.

Eli Thomas was made customer service manager of a pizza restaurant when he was very young and “barely aged to deliver pizzas,” as he says. His father bought a pizzeria out of a sudden and while he had some experience in the hospitality industry, Thomas ended up being sucked into the challenges of restaurant management before he could realize what he was getting into.

“It hasn’t been entirely bad, and now I have this comic book to share with everyone who wants to read it,” Thomas stated. The campaign is seeking to raise US$10,000, and early backers will get access to the e-book, paperback, or hardcover versions in exchange for their support. “