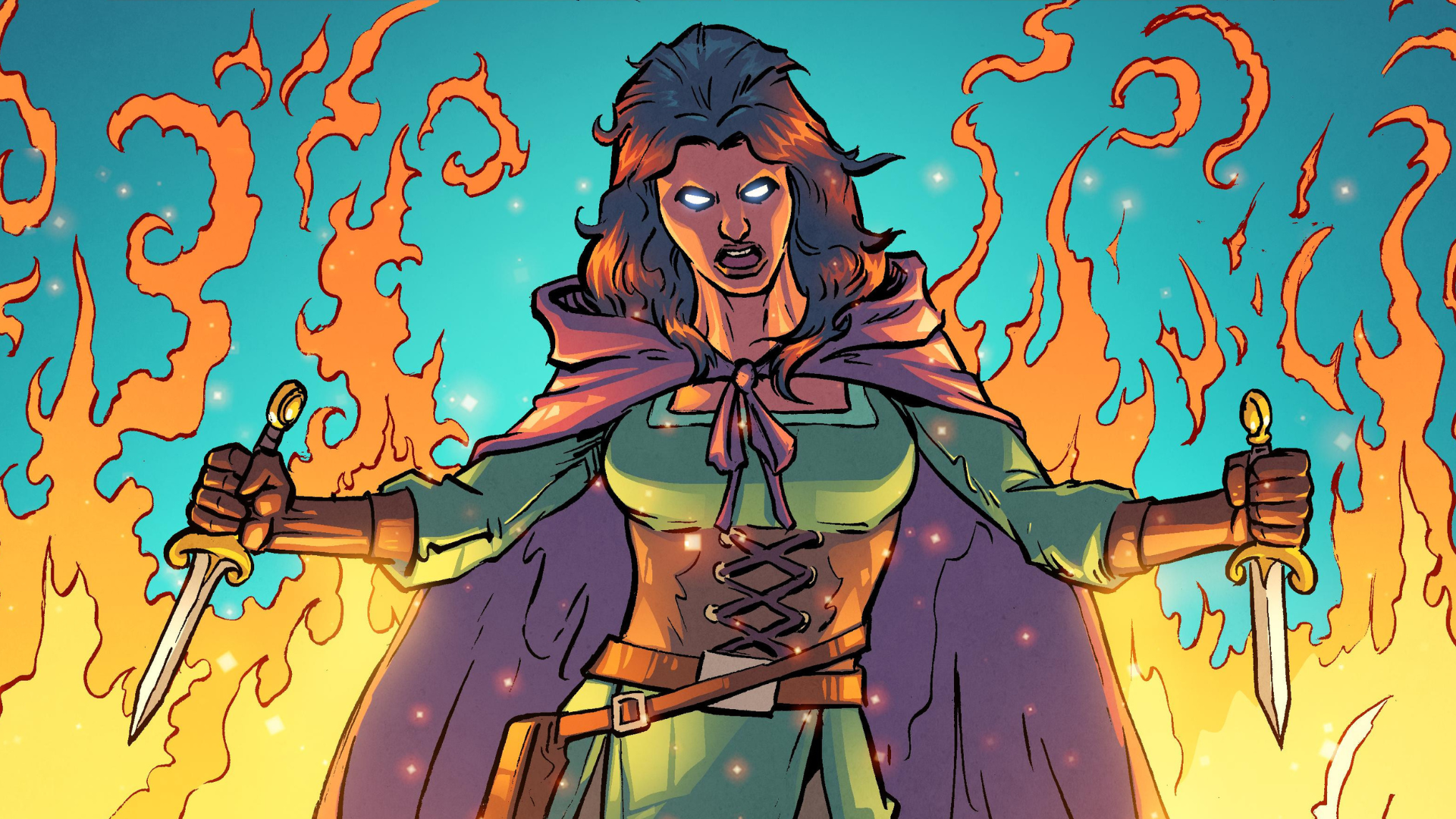 Wingless Comics returns to Kickstarter with its latest offering, Immortalis Part 1. Described as a historical fantasy comic series, Immortalis tells of the last days of Constantinople, the fall of the last great Roman outpost.

As Emperor Konstantine desperately searches for the fulfillment of a prophecy that could save his empire, dark forces lay siege to Constantinople. At the same time, Gylou, a mysterious immortal with ties to Hell, arrives in the port and catches the eye of the Emperor. The series tells of the fall of Constantinople and the love affair that destroyed an empire.

Featuring the talents of author Brett Hillesheim, along with the illustrations of Rowel Roque, colors by Michael Woods, and letters by RuneMakerz, Immortalis Part 1 from Wingless Comics is a story unlike any other released by the company to date. Set 600 years before the current continuity, the series begins filling out the independent comic universe known as the Wingverse. Wingless Comics’ award-winning group of diverse creators is excited to bring this next phase of the universe to life.

“The idea for Immortalis has lived in my head for over 20 years, ever since I studied the fall of Constantinople in college,” says creator Brett Hillesheim. “When I connected with Brian Lambert, CEO of Wingless Comics, we both agreed that with a little bit of tweaking, Immortalis was a perfect fit in the Wingverse.”

“Immortalis introduces major players in the overarching battle of good and evil in Wingless Comics. It also continues dealing with the nuance of choice and what that means for the future. The character-driven war showcased in Immortalis is a turning point for Wingless and shows how the scales began to tip in favor of darkness. Immortalis is a linchpin series that weaves historical fiction and Wingless mythology to bolster this world we are creating,” said Brian Lambert, President & CEO of Wingless Comics.

Series Colorist Michael Woods had this to say of Part 1, “What a great story! I did not expect that twist halfway through. I’m looking forward to Part 2 already!”

Immortalis Part 1 will be live on KICKSTARTER from Tuesday, 8/16/2022 – Wednesday, 9/15/2022. That campaign allows you to be introduced to Immortalis and the Wingless Comics’ Universe at affordable prices and even the chance to cameo in the next issue of Immortalis! The live link is below:

FULL DISCLOSURE: Immortalis was created and written by Brett Hillesheim, who is also Editor-in-Chief of Indie Comix Dispatch.