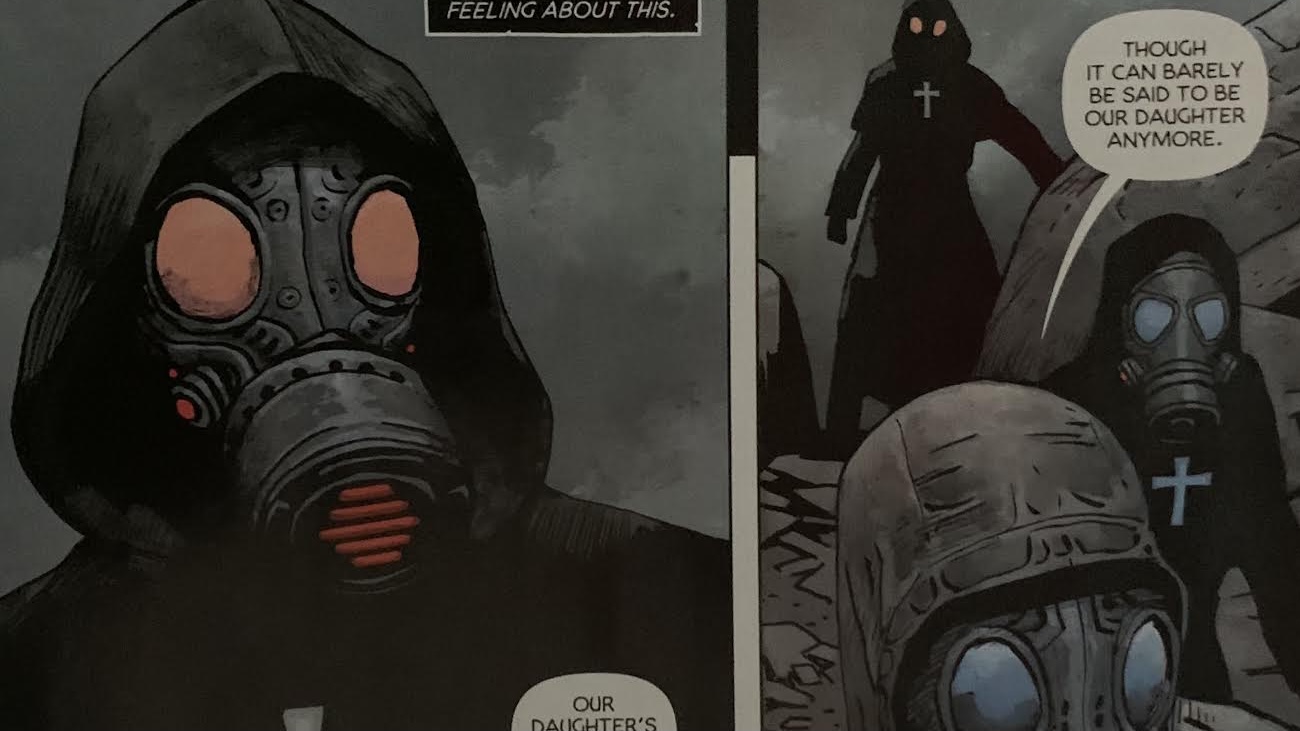 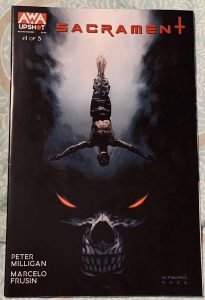 Book Description: It’s the year of our Lord, 2999. People have abandoned Earth for other homes throughout the galaxy. Rome is no longer a city. Rome is a spaceship that goes from planet to planet for people to come for worship. Father Vass conducts the sermons. Once upon a time Father Vass was on the path to greatness. He had conducted an exorcism and was at the top of his game. That was years ago. His faith has been tested. Additionally, in many sectors religion is now illegal. After Father Vass’s most recent sermon he had to flee because the police weren’t far behind. He escaped, barely. Now the police are on his trail. Not because they want to bust him. They need him for a case!

“Sacrament” came onto my radar a while ago. AWA Studios mentioned it in the weekly email I receive from them about upcoming titles and issues they’re about to release. This is not a perk that comes with having a really cool job.

Anyone can go to their website and sign up to receive their newsletter. You get previews of new titles and links to free digital copies of books periodically. Given it only costs you a couple minutes of your time, I think it’s well worth it.

Have people lost faith because of all the horrible things God has allowed to transpire? Did God check out because no one believes? Valid points can be made for with question.

The artwork on this cover jumps out and tells the world it’s a force to be reckoned with. It’s vivid. It’s unique. It’s dangerous. It’s the perfect way to lead off a new title.

The  artwork on the interior pages is solid. I would have liked some panels to be more detailed. Given the graphic nature of some of the events, I can see why things were portrayed in broader strokes. I liked the panels where we first met Vass. To me they set the tone for the whole book.

As a geek on a budget I believe “Sacrament” is worth the price of admission. We get an intriguing story about a priest’s fall from grace and his opportunity for redemption in a culture that does not necessarily want to see a priest be successful.