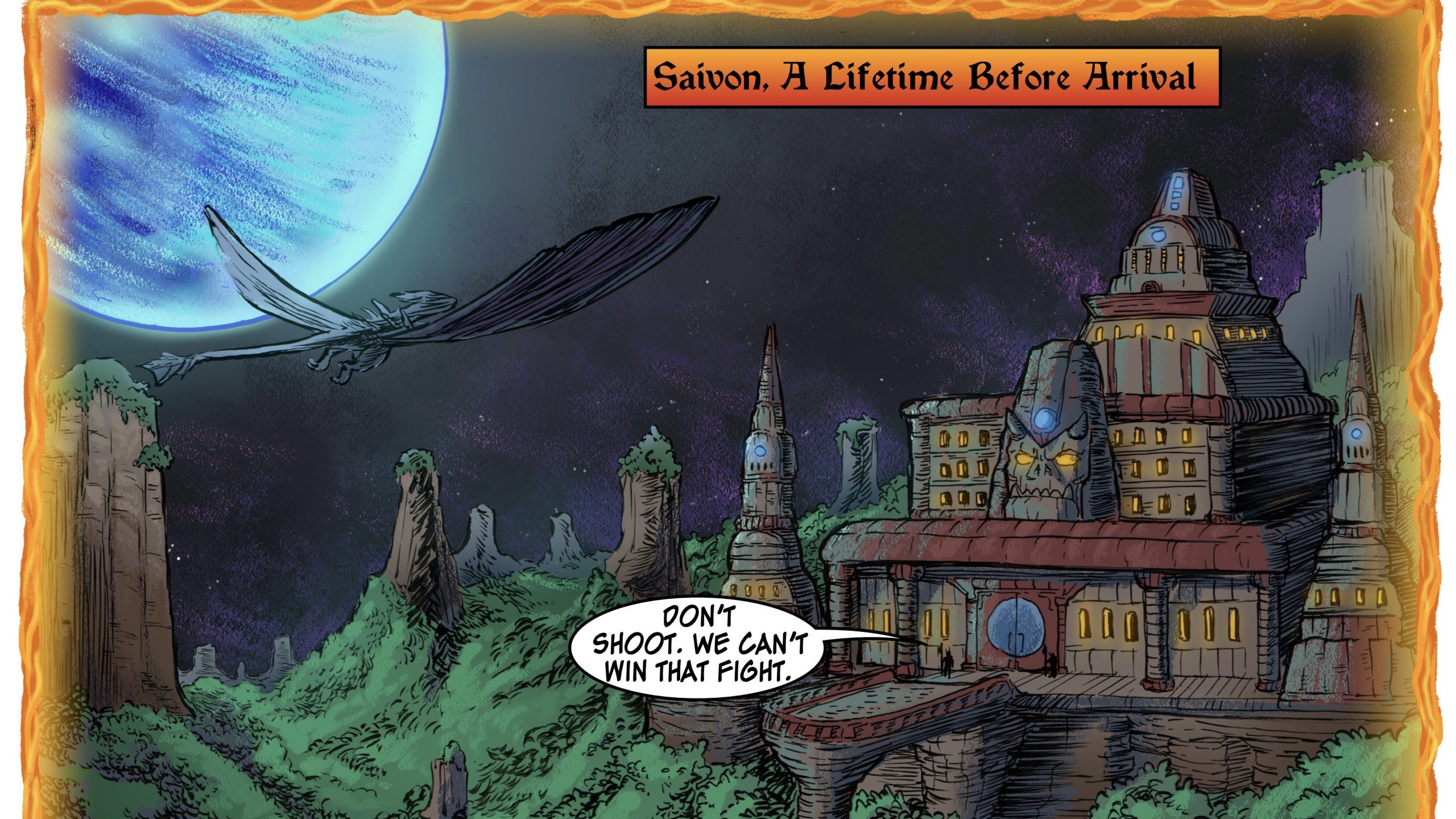 Three Issues totaling 88 pages of Epic SciFi-Fantasy built on an existential adventure that provides all the necessary perspectives in The Alien Apocalypse.

The Gyro Universe is excited to launch 3 issues to Kickstarter. Set within a Grand Cosmic Plot, TGU is a science fiction story with a fantasy nature. It is the impossible and the improbable forged together to create a multi-narrative invasion. The family whose home is long gone, the reluctant soldier conflicted about his place in the universe, and the tyrannical chancellor behind it all.

The latest issue in the series is an action-packed look into the past of Roton, the “old man” alien, who is now one of Earth’s invaders. 100 years before Arrival on Earth, Roton was a multi-moon’d-mercenary who took a stand against the authoritarian regime that was and still is ruining life amongst the Moons of Vonnedor. Now it’s time for him to travel to those moons once again, but only within the context of his own mind. In this issue, Roton will finally accept his Fate-given gift of Lambadium, and he will learn how to use it by reliving different & difficult memories from his past.

Need to catch up? Set 1 is a 64-page volume version of Issues 01 & 02, On the Frontier of the Alien Apocalypse. This book will start you off on a journey through The Gyro Universe with an Invasion Thriller. Using The Grand Cosmic Plot, the invasion tale begins to unfold within a fiery dreamscape that will eventually break through the seams of the story.

About the author: Alec Sorbello is a self-taught writer full of enthusiasm, who aims to give the people an alien story that they deserve. For over two years, he’s been working with many great artists to make that a reality. His main writing influence is Kurt Vonnegut, but is also inspired daily by Star Wars, Avatar the Last Airbender, and The Twilight Zone.

The wrath of hell is upon us in the new London Gothic Graphic Novel
REVIEW: Robocopper #1
Sponsor