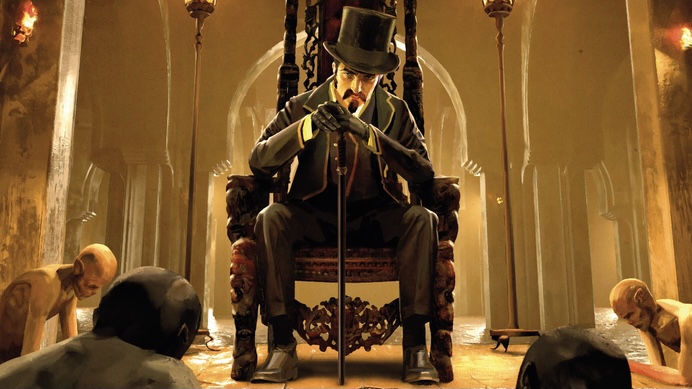 An enthralling supernatural, horror adventure, full of mystery that brings a fresh and exciting approach to the British comic book and graphic novel market, London Gothic® twists and turns like the ancient repellent Victorian sewer systems that lurk beneath the old city of London.

Chapter one marks the debut of an exciting new voice in the British comic book market and is the first of a four-chapter set of graphic novels, each as gripping as the last, which build to an epic battle for the existence of mankind.

A gruesome, horrific tale of light vs dark, man vs monster and a battle against pure psychopathic evil with striking images and an original, gripping storyline that will make you believe that all in this world is not what it seems.

The secret order of the Tuttori have protected the holy relics from the crucifixion of Christ for nearly 2,000 years and shielded humanity from the atrocities of the brotherhood of Sinistre; holy relics that in wicked hands would possess enough destructive power to create a hell on Earth. However, now the Sinistre have a new more calculating, narcissistic commander, Lord Finnius Cromwell, who is resurrecting an army of the most heinous, vile, immoral demons from legend and myth who will stop at nothing to find these miraculous artefacts.

The last known surviving member of the Tuttori, The Duke, and his accomplice, Jellico, an Irish ex bare knuckle fighter, must seek and destroy the Sinistre to prevent a world of fire and brimstone and the ultimate destruction of mankind. However, they face a breed of demonic entities the likes of which they have never encountered.

The ongoing battle and interweaving stories will captivate the reader as they proceed along a terrifying journey into disturbing darkness and psychological torment.

With amazing illustrations and atmospheric colouring by the fabulously talented Mike Burton and the eerie, unpredictable, dark humoured story written by Nick Henry, this will satisfy the hardiest of horror lovers, action thriller fans and comic enthusiasts alike.

Be very careful, once you begin the journey into London Gothic®, you may be lost within its world forever!

Discover London Gothic on Kickstarter
Liked it? Take a second to support ICD on Patreon!