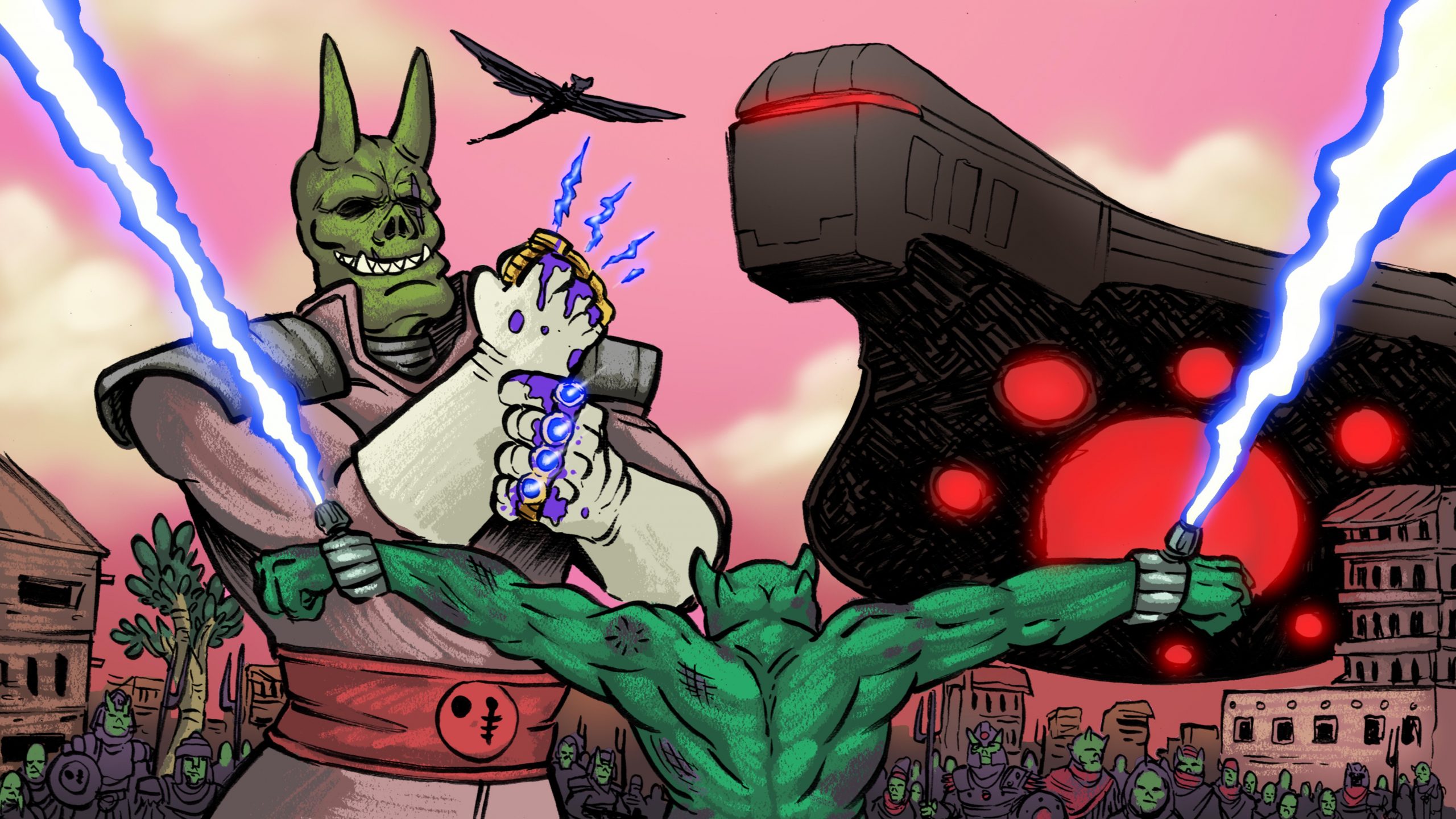 The Gyro Universe is excited to launch its third Kickstarter, releasing TWO more issues into the cosmos! The Alien Apocalypse Genre is due for an innovative story that’s rich with perspective.  No more settling for B-rated storylines of cheezy SciFi that leaves you with nothing. The Gyro Universe is a Space Opera that brings refreshing perspectives and in-depth worldbuilding to an invasion thriller.

The latest issue in the series is the epic conclusion to Set 2: The Mind Tells Tales of The Gyro Universe. Get exposed to not only the ancient secrets of the Vonndeorian Moons but the universe, with action and mysticism. Roton has miraculously survived a stab wound and a fall into The Abyss with the help of his Loontrex (Space Dragon) and the knowledge of an ancient civilization. His world and perspective have been altered by the cosmic energy and knowledge of the universe, now he needs to decide what he is going to do with it. Will he be able to use any of his experience to save his people from the Tyranny of the Reich? Or is this where the legacy of the multi-moon’d-mercenary ends?

There is also a 1-shot available! Pet Against the House is the first issue of TGU’s side series, Relative Pieces. If you have read TGU before, then you know that relative peace means everything in this universe.  With this side series, all the stories not belonging to the main storyline have a place to be told. PATH follows a teenage Vonnedorian girl named Seevy, as she adventures off her continent to find a Loontrex.

Need to catch up? Set 1 is a 64-page volume version of Issues 01 & 02, On the Frontier of the Alien Apocalypse. This book will start you off on a journey through The Gyro Universe with an Invasion Thriller.  Using The Grand Cosmic Plot,  the invasion tale begins to unfold within a fiery dreamscape that will eventually break through the seams of the story.

About the author: Alec Sorbello is a self-taught writer full of enthusiasm, who aims to give the people an alien story that they deserve. For over two years, he’s been working with many great artists to make that a reality. His main writing influence is Kurt Vonnegut, but I am inspired daily by Star Wars, Avatar the Last Airbender, and The Twilight Zone.