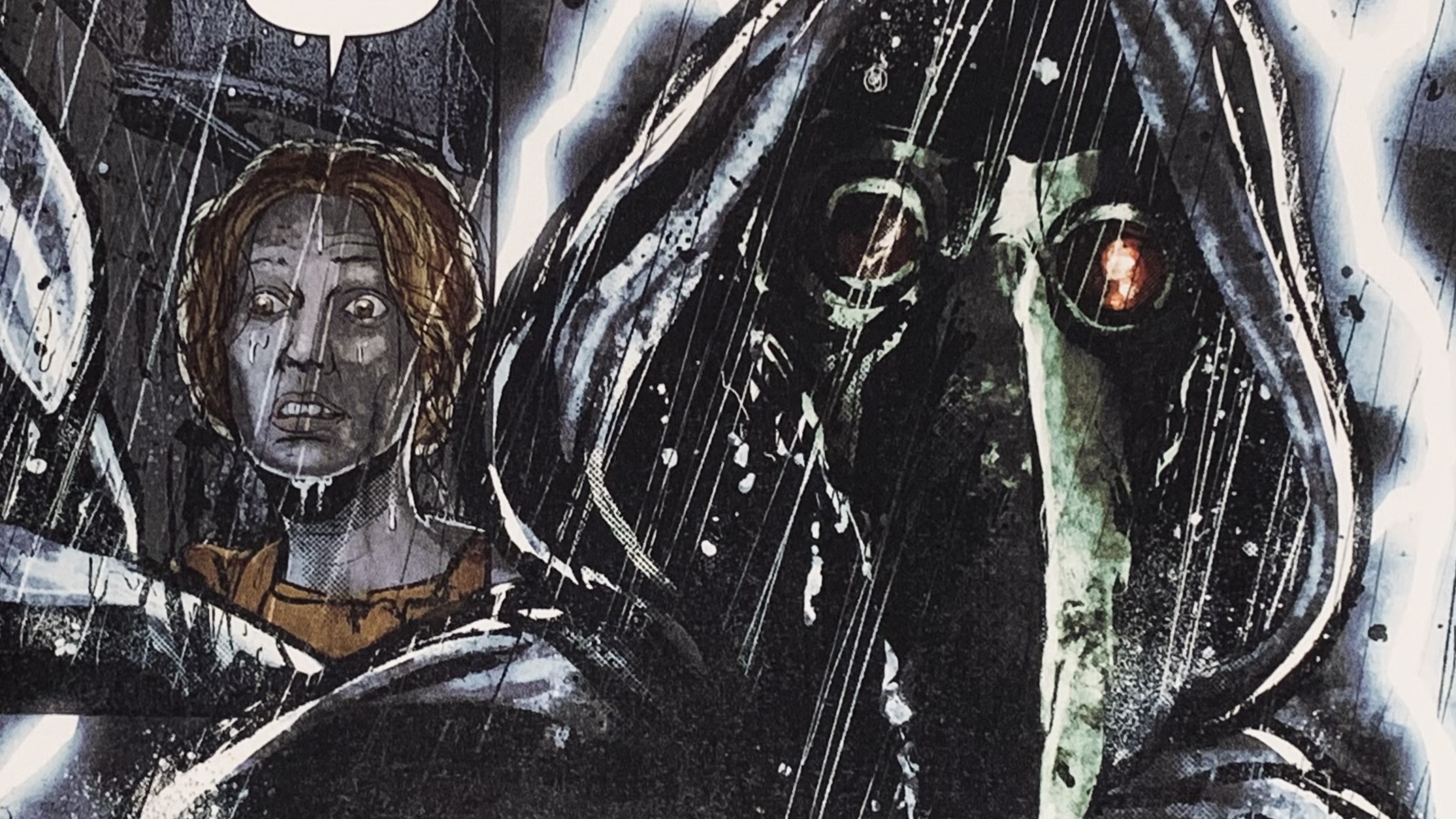 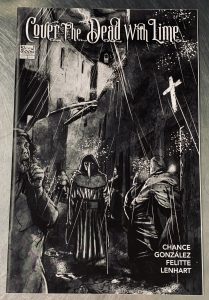 Book Description: “Cover the Dead With Lime” #1 begins with a man fishing with his son on the docks of Wivensea Creek, England. It’s 1665. They don’t realize it yet, but this is going to be the last day with any semblance of normalcy for quite some time. While they are at the docks the largest ship they have ever seen moors there. We see a rat scurry across the dock, bringing plague with it. A year later we’re in Colchester, England. A plague doctor is making his rounds. Something is happening that there is no earthly explanation for. Plague victims have been coming back to life. Now the doctor must contain this epidemic within an epidemic.

With so many great small press publications out there it’s not uncommon for some to not show up on my radar until I see them on the shelves of a comic book store. That was the case with “Cover the Dead With Lime”. I was on vacation in New York with my family. My wife asked if I wanted to check out Jay and Silent Bob’s Secret Stash. Being a fan of “Comic Book Men”, that was a quick and resounding, “YES!”

When we arrived Mike Zapcic (he insisted I call him Mike instead of Mr. Zapcic) was working. We talked about a book I was searching for. After learning that it wasn’t in the inventory I started browsing the rest of the store.

What stood out to me was what happened while I was browsing. Usually when I’m at a con or store with my family the vendors fall all over themselves to make sure I am finding what I want. My wife and children are more or less ignored. Mike went out of his way to ensure they were entertained while I was shopping.

He made such an impact that the visit to the comic book store was one of the highest rated items on an itinerary that included most of the major tourist attractions in New York City. “Cover the Dead With Lime” #1 was one of the books that came home with me from that adventure.

Character development usually takes a back seat to establishing the plot and setting in a new series. It happens because creators have 24 pages to tell a story and get readers hooked. I don’t feel like I know any of the characters well at this point; but I suspect that will change as the story moves along.

This cover jumped out at me as soon as I saw it. There’s always been something about plague doctor masks for me. They’re creepy, and foreboding while creating intrigue. That intrigue was more than enough to get me to buy this issue.

The artwork on the interior pages gets better and better as the story moves along. By the time we see the dog it’s on the verge of being frighteningly vivid. Those panels along with a couple of others make this book earn the mature rating it has by the barcode.

As a geek on a budget I found this story to be fascinating. We get to take a trip to Stuart Era England and have something similar to a zombie apocalypse story. I’m very eager to see where this story takes us next!

The Gyro Universe is Back on Kickstarter with Nothing but Epicness!
REVIEW: Two Kings
Sponsor