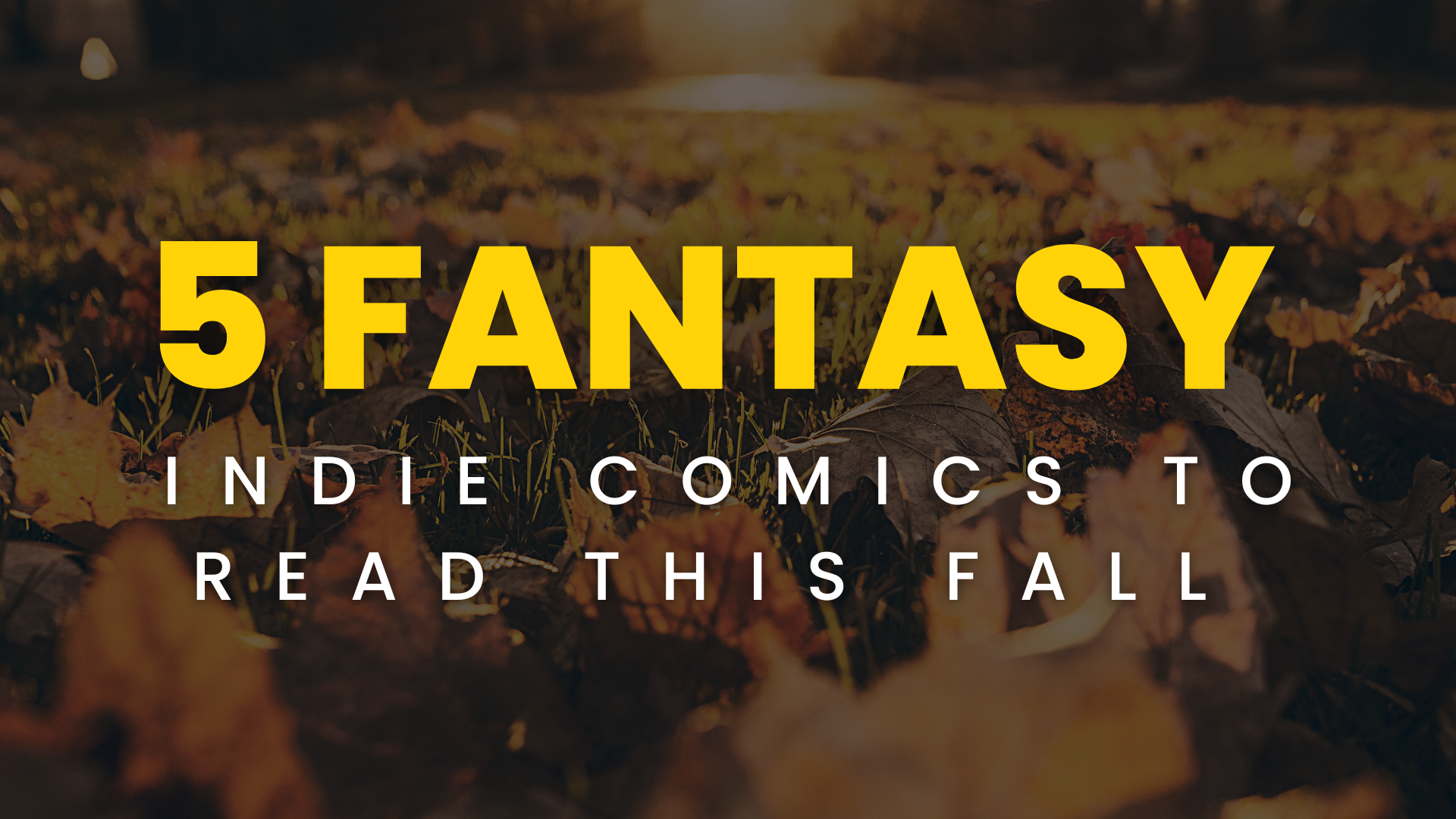 Rings of Power, House of the Dragon, The Sandman, and many other new shows show that, even though superhero movies may still reign at the box office, there is still an insatiable appetite for great fantasy stories! Personally, I LOVE a good fantasy story (that’s why I’m writing my own!), and independent comic creators have given us a ton of great fantasy stories! Here are 5 current indie fantasy series that you can read this fall to get your fantasy fix!

Ennead: The Rule of Nine by JL Johnson Jr.

ENNEAD: THE RULE OF NINE is epic fantasy re-envisioned for a modern and diverse audience. Johnson knows representation matters and the world of Amashik reflects it.

Inside you’ll find everything you’d expect to see in epic or high fantasy, while looking through the eyes of a burgeoning medieval bounty hunter, a Queen born to lead but raised to abdicate her power, and a King deep in the throes of a decades long war.

Learn more and buy at – https://www.enneadcomic.com/

Once Upon a time in Xanatopia by DC Horn

Once Upon A Time In Xanatopia was inspired by classic samurai movies and JRPG video games and is a contemporary science fiction fantasy about the triumphs and tragedies of a PALADIN and monster executor named Nora. The series has big swords, big magic, big monsters… and big story, big action, and big drama!

High-Fantasy swashbuckling adventure that follows a young warrior named Tal as he battles his way through a world full of Giants, Sorcerers and Dragons! Tal must find answers to the mysterious power held in the jewel placed in his chest upon his birth before a looming threat dooms all life on the World of E’La!

Learn more and buy at – https://www.rodneyandersonjr.com/

Legends of the Realm by Jack Holder

The king has tasked his new mage with a quest. To venture through the realm of Dannisfire, and present him with a new miracle. For Camriddeon, it is a test of his abilities, and a chance to view the wonders of the land.

Camriddeon’s adventure starts in the floating city of Providentia. A new city that defies logic, reason, and perhaps even reality. Is this a new paradise, the model for the kingdom? Or is not everything as it seems?

Learn more and buy at – https://arcaneinkdustries.com/product/legends-of-the-realm-the-floated-dream-download/

Changa and The Jade Obelisk by Milton Davis, (adapted by Robert Jeffery for 133Art)

Changa and the Jade Obelisk is adapted from the novel Changa’s Safari by Milton Davis. In the 15th century on the East Coast of Africa begin the amazing exploits of merchant/adventurer Changa Diop. From the Swahili merchant cities of Mombasa, to the secretive kingdoms of Madagascar, Changa, the sorcerer Panya and the mysterious swordsman The Tuareg experience adventures beyond the imagination when they pursue the malicious Bahati, keeper of the Jade Obelisk!

REVIEW: STORM GLIDER: BATTLES THE FIVE
The Gyro Universe is Back on Kickstarter with Nothing but Epicness!
Sponsor