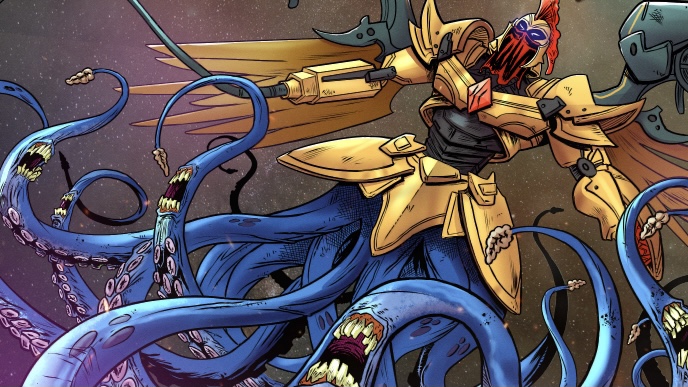 Juan on Juan is about a podcaster who accidentally receives advanced technology from another dimension, unlocking special abilities in himself and those who he encounters in his podcasts and real-life adventures. It’s a supernatural-comedy-adventure where each issue tackles a different supernatural / transdimensional / intergalactic concept, along with introducing other (real) podcasters along the way, and giving them special powers in the process.

This discovery causes them to hunt down the origins of this cube, starting on a trans-dimensional journey that will have them facing off directly against reptilians, ancient gods and even the Gnostic demiurge itself.

The Chosen Juan is from Paranoid American. Established 2012, Paranoid American Inc was founded to create comics, graphic novels and interactive content exploring research into conspiracy theories and the occult.

Paranoid American features characters that make other superheroes and villains look as tacky as their spandex onesies when compared to their real-world inspirations and counterparts. They firmly believe that fact is more interesting than fiction, and proving it with their stories.