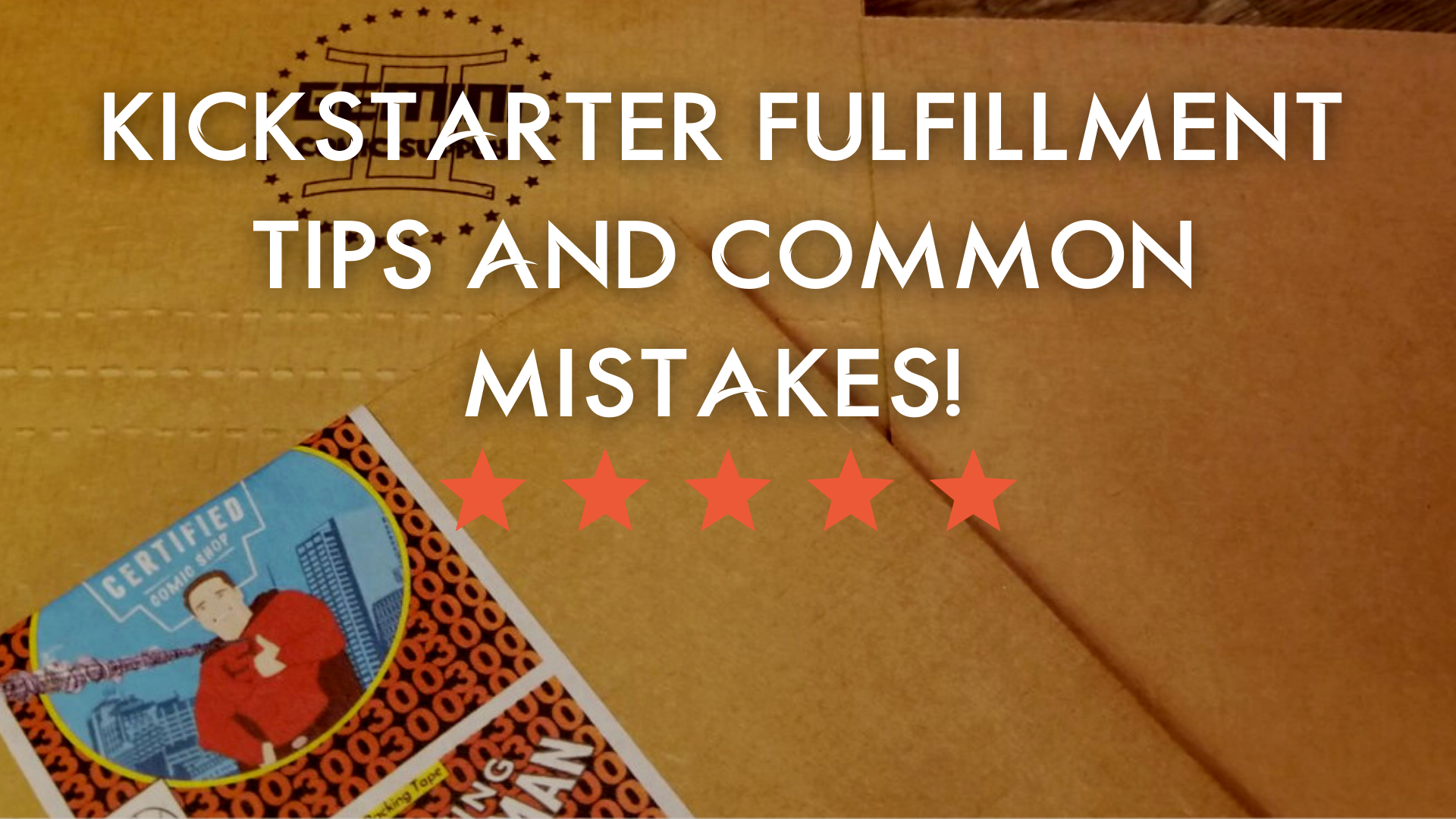 After completing ICD’s Year 2 Kickstarter and beginning to dig into fulfillment, I understand why it can be so overwhelming for creators! Luckily, I had some great advice beforehand, so I went into our Kickstarter with my eyes wide open!

Far too often, creators jump into a campaign with a focus on their goal only, and fulfillment is the last thing on their minds. Case in point, I’ve been waiting on the fulfillment of a campaign that ended on October 1st, and it was for a book that was already completed! The last update from the creator came in October! Another campaign I backed that’s been over a year since the campaign ended, the creator does send an occasional update telling us how we, the backers, don’t understand fulfillment and how hard it is. Neither of these fulfillment and communication tactics is good.

I asked three creators with great reputations within the indie comic community to give some advice to new creators about running their first crowdfunding campaign. Below you’ll see 2 tips on fulfillment and 2 mistakes that they see too often or have done themselves!

Below you’ll find words of wisdom from:

ADVENT COMICS is focused on providing high-quality comics and fan satisfaction.  Genres ranging from Action/Adventure, Horror, Romance, Fantasy, Religion, Science Fiction, Crime Noir/Thrillers, and of course Superheroes.  With such a wide variety of offerings to choose from, we’re sure you’ll be happy with us.

Orange Cone Productions has produced hit books like Broke Down and Four Dead Bodies, Voodoo Nations, Parallels, and Cthulhu Invades Oz. Travis Gibb has been working in comics off and on for 15 years. He has worked on books such as Negative Burn, Government Bodies, and local imprint Space Coast Comixx.

Konkret Comics is a collective of artists, creators, and writers. Our passion as creators is to bring our wildest dreams to life through our deep-rooted stories and eye-catching visuals. Join us on our exciting journey to build a universe, unlike anything you’ve ever seen.

Two mistakes that I have recently made are