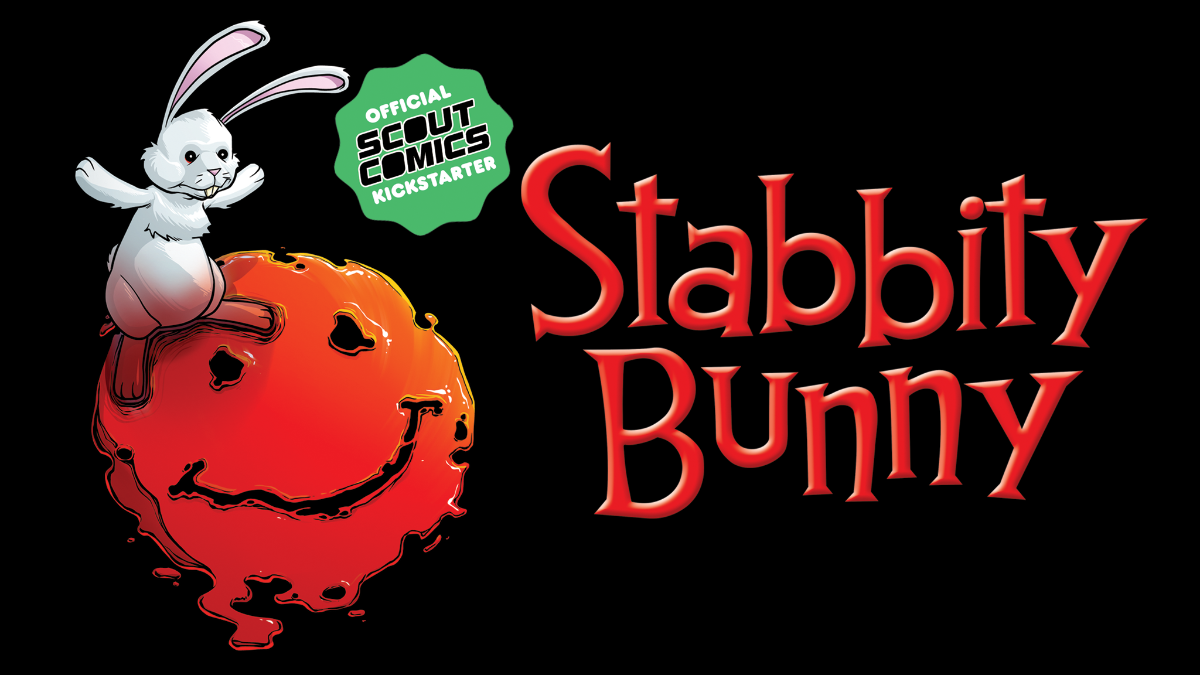 Scout Comics and Entertainment Holdings, Inc. announces their first official Scout Comics Kickstarter campaign, which will feature one of their most popular titles, Stabbity Bunny! The rapidly growing indie-comics publisher continues to expand their marketing and distribution venues with an initiative that will give the Kickstarter community direct access to some of their most exciting upcoming projects.

As with many Kickstarter campaigns, Scout’s will have exclusives and early-bird tiers rewarding the supporters with unique merchandise.  Retailers will also have the opportunity to participate with certain tiers designed specifically for stores.

Richard Rivera, the writer/creator, brought Stabbity Bunny to Kickstarter as a self-published series and completed two fully-funded campaigns before being signed by Scout Comics and published in 2018 for the mass market.  Stabbity Bunny premiered as a best-seller for the company and it’s a natural choice for Scout’s first Kickstarter venture.  James Haick, President of Scout commented, “We’re excited to bring our second volume of Stabbity Bunny to Kickstarter.  Many of our creators thrive in the Kickstarter community and we have supported many non-Scout projects.  We’re eager to grow our presence as we continue to encourage and support the incredibly talented people creating indie titles.”

Both volumes one and two are being offered, plus signed copies and many unique items will also be available. “This is a chance for someone to pick up the entire first arc of our series, or just volume two for the fans who have been with us from the start. Dwayne, Liezl, and I are happy to present the conclusion to the first of three planned storylines,” Richard Rivera said, “Scout will have a lot of awesome tiers and with the fantastic crew at our HQ handling fulfillment, I know everything will arrive quickly and in great condition.”