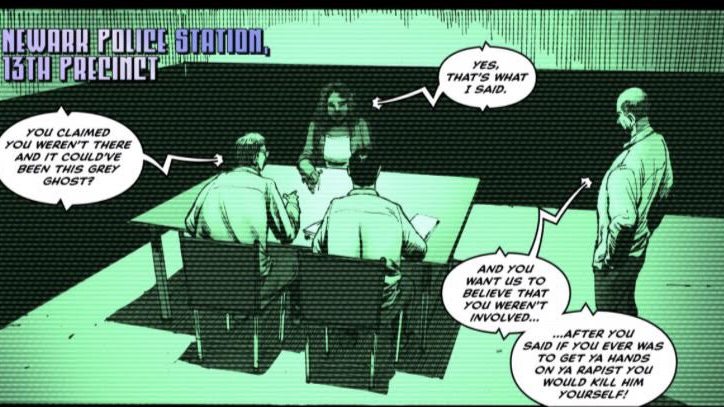 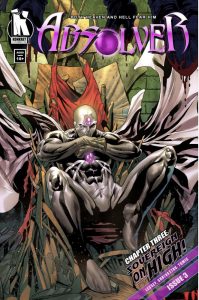 Book Description: We all know about Heaven and Hell. Heaven has angels fighting for its cause. The same can be said for Hell and its demons. A Mezzo is something altogether different. Mezzos don’t fight for Heaven or Hell. They serve a purpose. That purpose is their life force. Absolver is a Mezzo. His purpose is to be a wraith of vengeance. Animal or human, Absolver rights wrongs for those that don’t have the ability to stand up for themselves or get the help they need. Be it the cat that died in the alley because someone kicked it or a woman that was raped. Absolver ensures it will never happen again. He’s Batman without being squeamish about occasionally taking a life. In the third installment of “Absolver” we see that a lot of beings have taken an interest in his work. Angels want him reined in. They believe vengeance should be handed out by God and God alone. Demons look upon Absolver as potentially being a valuable ally for their cause. Before either side can get the opportunity to speak their piece they have to find Absolver. He’s currently in the Abyss with Volland. Volland is teaching him to harness his abilities and gain a better control of his subconscious. When he comes back to the Material Plane he will put these lessons to use.

In spring of 2020 my friend, Lord Trekker, hooked me up with a starter pack from Konkret Comics. It contained the first issues of “Akolyte”, “Oedina”, and “Absolver”. While I enjoyed the first two titles, “Absolver” seemed to speak to me. Fast forward to today and that still holds true.

In some ways “Absolver” reminds me of “Spawn”. The key differences being Absolver isn’t on a quest to find a wife that he can’t remember anything about or a lifespan that is tied to how much magical energy is used. “Absolver” shows us the battle between Heaven and Hell. This title reminds us that it’s not as black and white as we would like to think. Most of the battle is gray.

This cover makes one sit up and take notice. It’s powerful. It makes people want to know what is happening in this story. To me it has great symbolism. Absolver could easily rule Hell if he can’t control his inner demons.

The motto of Konkret Comics is “Keep it Konkret”. When it comes to the artwork for anything they put out it isn’t a motto. It’s a creed. No matter the title or issue, the artwork is rock solid. “Absolver” #3 is no exception.

We get incredible line work. The coloring brings the story to life. Shrivastav and Tomic put on a clinic with this book.

As a geek on a budget I’m of the opinion it’s hard to go wrong with “Absolver”. You’re getting action, outstanding artwork, and a hero that does not pull punches. There is one caveat though. I strongly urge people to read the first two issues before jumping into this installment. Otherwise some of the story’s finer minutiae will be overlooked.