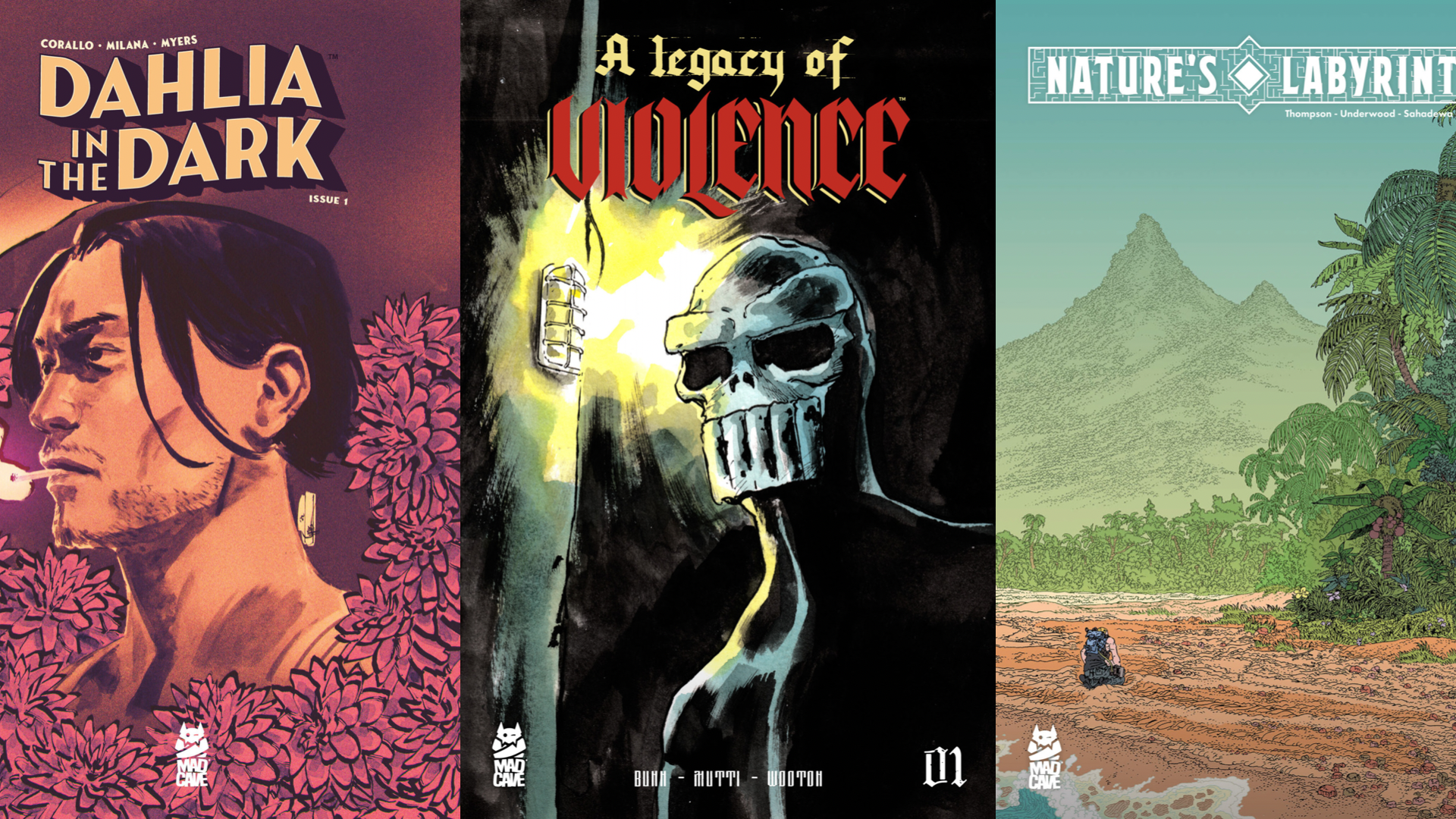 Announcing the upcoming 2022 Fall/Winter titles from Mad Cave Studios, featuring ALegacy of Violence, a 12-issue horror/mystery maxi series by New York Times best-selling author, Cullen Bunn (Harrow County, The Sixth Gun) and Andrea Mutti (Nottingham, Bunny Mask); Nature’s Labyrinth by Zac Thompson(The Brother of All Men) and Bayleigh Underwood; and Dahlia In The Dark by Ringo award-winner winner, Joe Corallo (Becstar, She Said Destroy) with art by Andrea Milana. These three fantastical comics, all focused on the human condition, hold tales of characters who face insurmountable odds and astounding adventures; an all-new tier of illustration and masterful storytelling. Prepare to be left in an awestruck state of wonder, as you descend into madness…

When Dr. Nicholas Shaw joins a humanitarian medical outfit in Honduras, he hopes to recover from a recent traumatic event and actually help those in need. But something sinister has followed Dr. Shaw, something that wants to put his medical skills to ghastly tests, something connected to the young doctor’s past… and to untold horrors that occurred long before he was born.

In the middle of the ocean lies a remote island complex lined with traps and an ever-changing landscape. The island was designed by a mysterious man known only as “Ahab” to test the will of the world’s most notorious criminals. Eight violent felons fight to the death over three days of relentless action in a Battle Royale-style game. The winner receives a wealth of riches and complete anonymity…but at the cost of keeping their silence about the island’s existence. What Ahab doesn’t know is that someone has infiltrated his game to reveal the truth about Nature’s Labyrinth. From writer Zac Thompson (Yondu, The Brother of All Men, Undone by Blood) and Bayleigh Underwood (It Took Luke, The Sixth Borough).

Donny Dahlia is hired to deliver a package from Pennsylvania to New Mexico. What he doesn’t know is that the package is a dangerous magical creature, Maya Luna, and she is the future queen of a Fairy world that has remained hidden until now. Donny and his gang will be caught in the middle of a supernatural war between the changelings and the fairies. A conflict that has been brewing in the shadows for centuries.

ABOUT MAD CAVE STUDIOS:
Driven by madness and committed to quality. Mad Cave Studios provides quality entertainment with a fresh take on an array of genres. From fantasy and action to sci-fi and horror, Mad Cave publishes stories that resonate with unapologetic and authentic audiences.